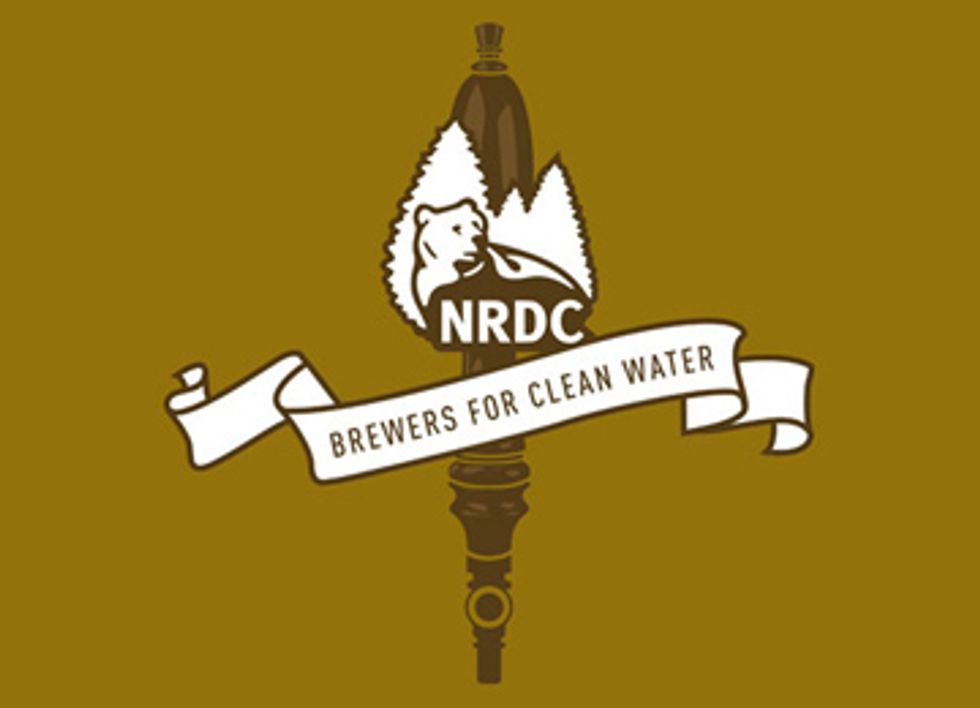 The first outreach effort from the Brewers for Clean Water campaign calls on America’s most visible home brewer—President Obama—to move forward long-delayed safeguards under the Clean Water Act. The campaign is a partnership between the Natural Resources Defense Council (NRDC) and some of the nation’s most respected craft brewers aimed at protecting and bolstering America’s bedrock water protection law. Twenty brewers signed onto a letter sent to the White House today in favor of protecting American streams, wetlands and headwaters.

“You can’t keep our biggest sources of water, and beer, clean if polluters are allowed to dump into the streams and wetlands that that our larger waterways depend on,” said NRDC Water Program Senior Policy Analyst Karen Hobbs. “But that’s what has been allowed to happen since the Bush Administration. The brewers are telling President Obama that they need their number one ingredient protected to maintain their business and slake the American thirst for tasty brews.”

The brewers’ letter calls upon the administration to release Clean Water Act policy updates that have been delayed for more than a year.

Few small businesses depend on clean water as much as craft brewers. While hops and malt can be sourced elsewhere, breweries are reliant on their local water supplies. Whether drawn from lakes, rivers, groundwater or a local water system, breweries rely on the protections of the Clean Water Act to ensure the quality of their main ingredient. Beer is 90 percent water. Small streams and wetlands help ensure a safe and sufficient water supply, but they’ve been vulnerable to pollution and destruction since the Bush Administration.

In April, NRDC announced the Brewers for Clean Water partnership to leverage the compelling business voice of nearly two dozen of the nation’s most respected craft beer makers in advocacy around water protections. In their first public messaging outreach on behalf of the Clean Water Act under the campaign, the following breweries signed on to the White House letter:

The letter focuses on White House delays in clarifying which water bodies are covered by the Clean Water Act. Supreme Court decisions in 2001 and 2006 created uncertainty about what types of waters are protected by the law. Agency “guidance” issued under former president George W. Bush further limited the ability of pollution control officials to protect waters, making implementation of the law difficult, time consuming and expensive. As a consequence, it became unclear whether the law protected a variety of waters, especially those that are geographically isolated from others, or that lack permanent flow. More than 117 million Americans depend on these water bodies for their drinking water. The U.S. Environmental Protection Agency and the U.S. Army Corps of Engineers released draft guidance in 2011; they received more than 230,000 comments, the vast majority of which were positive.

Following are quotes from brewers signed onto the letter:

“By protecting our nation’s waterways, we are protecting our beer,” said Jenn Vervier, director of strategy and sustainability at New Belgium Brewing Company, Fort Collins, CO. “America’s waterways are critical to our environment, our economy and our health. Not only does the great-tasting beer we brew depend on it, but so do the communities in which we operate.”

“Chicago is a big beer town, so the President should know what’s at stake,” said Josh Deth, head brewer and “Chairman of the Party” at Revolution Brewing, one of the most beloved breweries in President Obama’s hometown. “Chicagoans rely on Lake Michigan for more than source water for our beer—it’s where our drinking water comes from and where our kids swim. There’s far more than beer at stake.”

"As breweries, we have a voice that can be heard by thousands. As citizens, we have a responsibility to use that voice to improve the world around us. And, as Michiganders, we must do whatever we can to protect our pristine rivers, streams and lakes," said Russell Springsteen, owner of Right Brain Brewery, Traverse City, MI.

“Every living being has a right to a clean and abundant source of water. Brewers are no exception, and across the country they rely on clean water to create the libations enjoyed by so many. Protecting our waterways from pollution protects a growing American economy and the health of our communities,” said Cheri Chastain, sustainability coordinator at Sierra Nevada Brewing Company, Chico, CA.

“Water is our most precious natural resource, nationally and especially in New York, the only state that touches two Great Lakes and the Atlantic Ocean. Whether New Yorkers swim in Lake Erie, kayak in the East River or draw their drinking water from the Catskill Mountains, they understand the importance of protecting our water resources vigorously,” said Kelly Taylor, co-owner of KelSo Beer Company in Brooklyn, NY.

“Breweries have always been a key public meeting place in our communities and we wouldn't exist without the support of our patrons. Because of this, we feel it's of utmost importance to do what we can to give back to our community. Our support of the Clean Water Act is an important component of this desire to be a responsible business,” said Kris Spaulding, sustainability director and owner of Brewery Vivant, Grand Rapids, MI.

“Wisconsin residents have a special relationship to our water resources, which our state constitution holds in trust for all. By moving forward with this long-delayed action to protect headwaters and wetlands under the Clean Water Act, the administration will help protect Wisconsin’s water resources, as well as our economy. About 10 percent of our beer is currently exported and this guidance will help ensure the highest quality of our products here and for export,” said Russ Klisch, owner of Lakefront Brewery, Milwaukee, WI.

"Our mission is improving the quality of life for our neighbors. In order to continue that mission, the nation's waterways, including Lake Michigan, must be protected," said Greg Shuff, owner of DryHop Brewers, Chicago, IL. "Clean water is critical for the wellness of communities across the country, in addition to the quality of the beer we brew for our neighbors in Chicago."

“In Northern Michigan, we are surrounded by water. That fact has shaped our beer and brewing philosophy. We recognize the urgent need to clean and sustain our water resources, not just for our beer, but for our way of life,” said Joe Short, owner of Short’s Brewery, Elk Rapids, MI.

“Beer is an excellent megaphone, which is why we’re calling on our nation’s most visible home brewer, President Obama, to release this important guidance,” said Ian Hughes, environmental and safety coordinator for Goose Island Beer Company. “No one can afford to take clean water for granted, even those of us who live in the Great Lakes watershed and use its great water for brewing.”