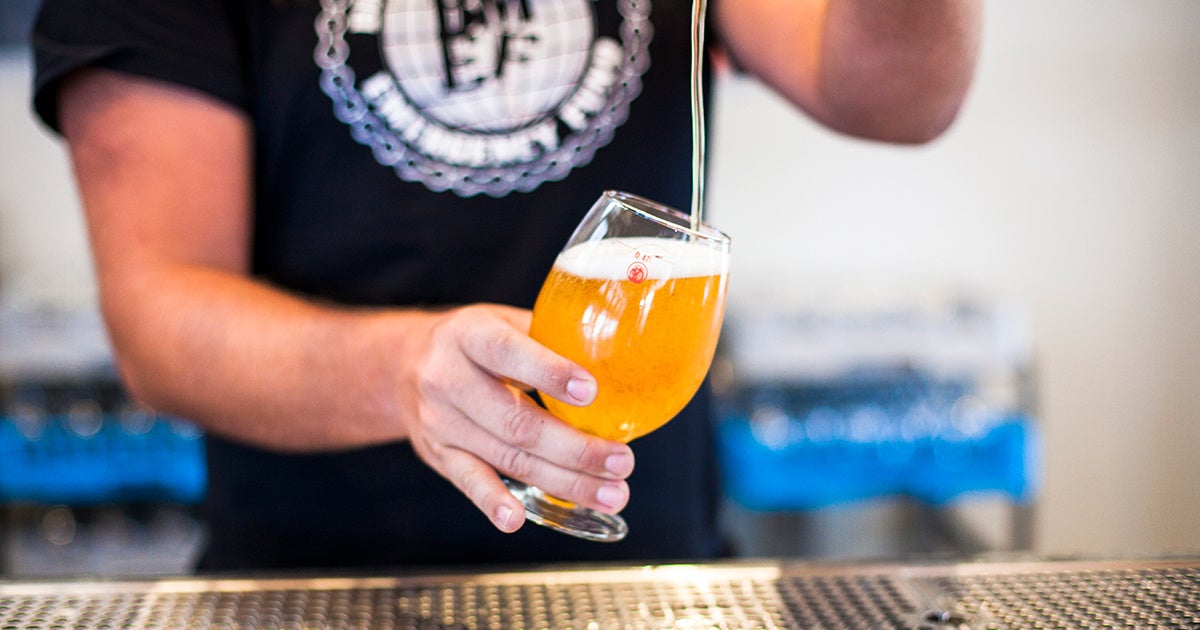 The New Belgium Brewing Company is one of the 59 craft breweries that sent a letter the EPA. Jacob Biba / The Washington Post / Getty Images

Thursday a group of 59 craft breweries sent a letter to the U.S. Environmental Protection Agency and U.S. Army Corps of Engineers opposing the agencies’ “Dirty Water Rule” proposal to slash clean water protections for waterways around the country.

These brewers, who are partners in NRDC’s Brewers for Clean Water campaign, are standing up for safeguards that protect the sources of clean water on which their businesses depend.

Here’s what they said …

We oppose your proposal to substantially limit the number of waterways receiving protection under the Clean Water Act. This rule would endanger critical wetlands and streams across the country — waterways that our craft breweries depend on to provide the clean water we use to brew our beer.

Beer is mostly water, so the quality of our source water significantly affects our finished product. Compounds present in brewing water can affect pH, color, aroma, and taste. Sulfates make hops taste astringent, while chlorine can create a medicinal off-flavor. The presence of bacteria can spoil a batch of beer. Even small chemical disruptions in our water supply can influence factors like shelf life and foam pattern.

Unexpected changes in water quality — due to pollution in our source water, or a change in the treatment process at our local drinking water plant — can threaten our brewing process and our bottom line. We need reliable sources of clean water to consistently produce the great beer that is key to our success. It is thanks in part to this important natural resource that the craft brewing industry contributes about .2 billion to the U.S. economy each year, along with more than 500,000 jobs.

For years, craft brewers have been asking for more clean water protections, not fewer. We supported the 2015 Clean Water Rule because it helped protect the sources of drinking water for 117 million Americans from pollution and destruction, providing certainty that we would continue to have access to the clean water on which our livelihoods depend. Importantly, that rule was based on sound science. The record showed that the waters it protected had biological, chemical, and physical connections to larger downstream waterways.

This proposed rule, to the contrary, ignores the overwhelming scientific evidence that protecting small streams and wetlands is essential to ensuring the quality of America’s water sources. It would prohibit applying federal pollution-control safeguards to rain-dependent streams and exclude wetlands that do not have a surface connection to other protected waters. It also invites polluters to ask for even greater rollbacks, such as eliminating protections for seasonally-flowing streams.

We strongly oppose these proposed changes, which would affect millions of miles of streams and most of the nation’s wetlands. Science shows that protecting these waters is important to downstream water quality. We must maintain clear protections for the vulnerable waterways that provide our most important ingredient.

We are depending on you not to roll back the safeguards established under the Clean Water Act. Protecting clean water is central to our long-term business success. Moreover, it is vital to the health and the economy of the communities where we live and work.

Thank you for considering our views on this important matter.

Here’s how you can weigh in, too!