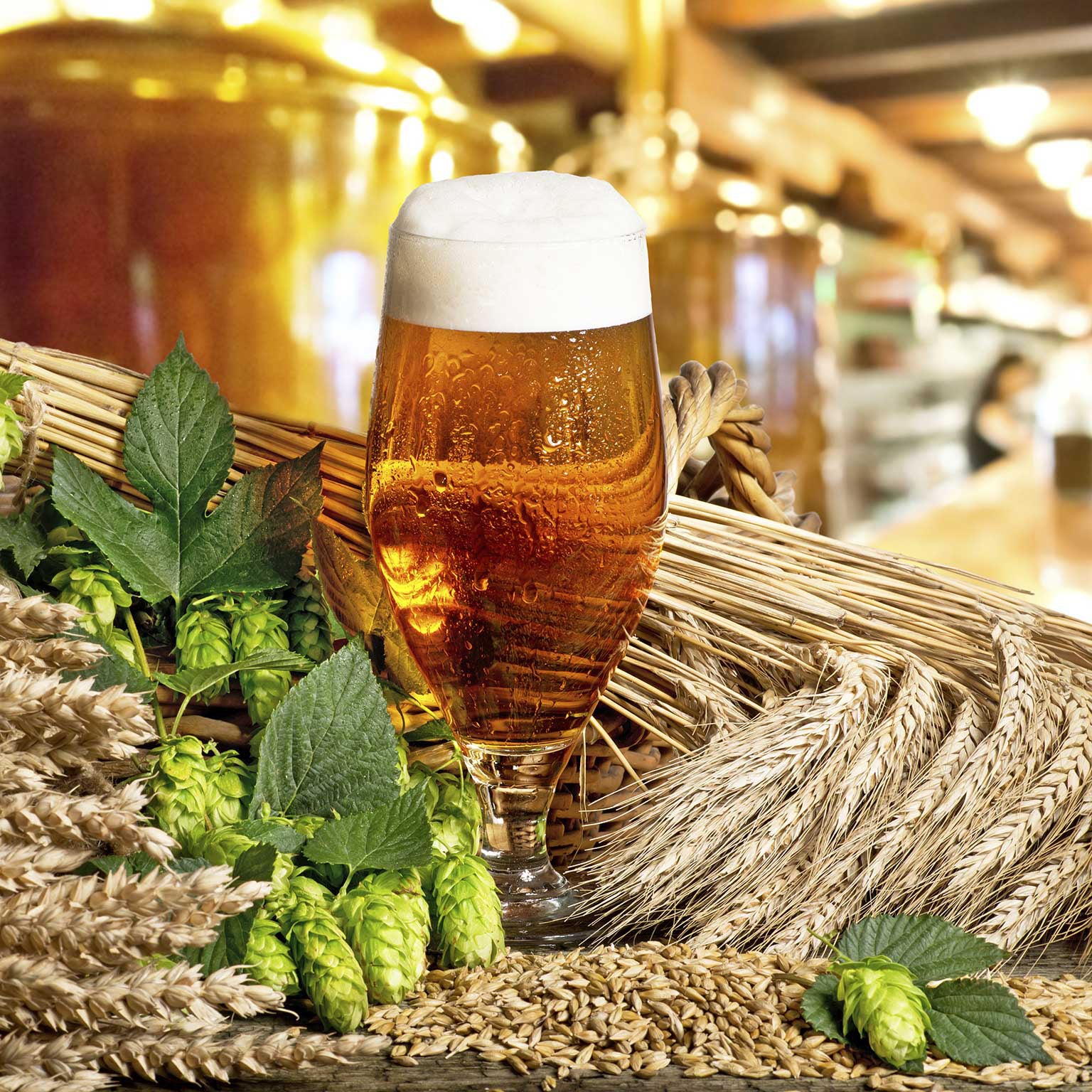 Henry David Thoreau once said that a glass of beer would “naturalize a man at once—which would make him see green, and, if he slept, dream that he heard the wind sough among the pines.”

That quote might as well be emblazoned on every IPA in America. Craft brewers across the country are finding innovative ways to guard the water, soil, air and climate on which their businesses depend.

“I ride my bike across the bridge every morning to the brewery. Underneath that bridge is the river that provides the water for our beer,” said Katie Wallace, assistant director of sustainability at the New Belgium Brewing Company. “We’re very connected to the resources that provide for us.”

Today, New Belgium imposes an internal tax on electricity consumption, and it invests the money raised in conservation and clean power. Its push for clean energy began nearly two decades ago, when employees decided to sacrifice their bonuses to purchase wind energy.

“Jeff Lebesch and Kim Jordan, our founders, didn’t just want to go and take that money back that they already promised, so they took it to their coworkers and said, ‘It’s your decision. If you are willing to give up your profit-sharing, then we can bring wind power to Ft. Collins. And if you aren’t, we totally understand,'” said Wallace.

“They left the room, and about 45 minutes later, their coworkers emerged to let them know that they had unanimously agreed to give up any profit-sharing to bring wind power to Ft. Collins,” she said. “They felt like it was an opportunity to make a statement that business supports renewable energy.”

Brewing is an energy-intensive task. It takes a lot of power to boil thousands of gallons of water day after day, and that costs money. Beer makers also want to use the best ingredients—the purest water, the finest barley and the most flavorful hops. They are looking for ways to conserve energy and raw materials while protecting the integrity of their product.

Craft brew giant Sierra Nevada has integrated conservation into every step of production. More than 10,000 solar panels help power its California brewery. Another 2,000 supply electricity to its North Carolina facility, as do a pair of microturbines that run on methane captured from the brewery’s wastewater treatment plant. Automated sensors turn down lights in the middle of the day when the sun comes pouring through the windows, and advanced brew kettles recycle heat that would otherwise be lost.

During fermentation, yeast turns sugars into alcohol and carbon dioxide, which is captured and used to carbonate its beer. Used hops and barley are sold as cattle feed or turned into fertilizer. The final product is packaged in bottles made from recycled glass and shipped in trucks that run on used vegetable oil.

“Craft brewers inherently understand this idea of sustainability,” said Cheri Chastain, who manages sustainability at Sierra Nevada and co-chairs the sustainability subcommittee of the Brewers Association, the craft beer trade group, with Wallace. “We’ve put together some resources to help guide craft brewers,” said Chastain. “As a small brewer, you don’t have a lot of money. You can’t just willy-nilly waste it on things.” 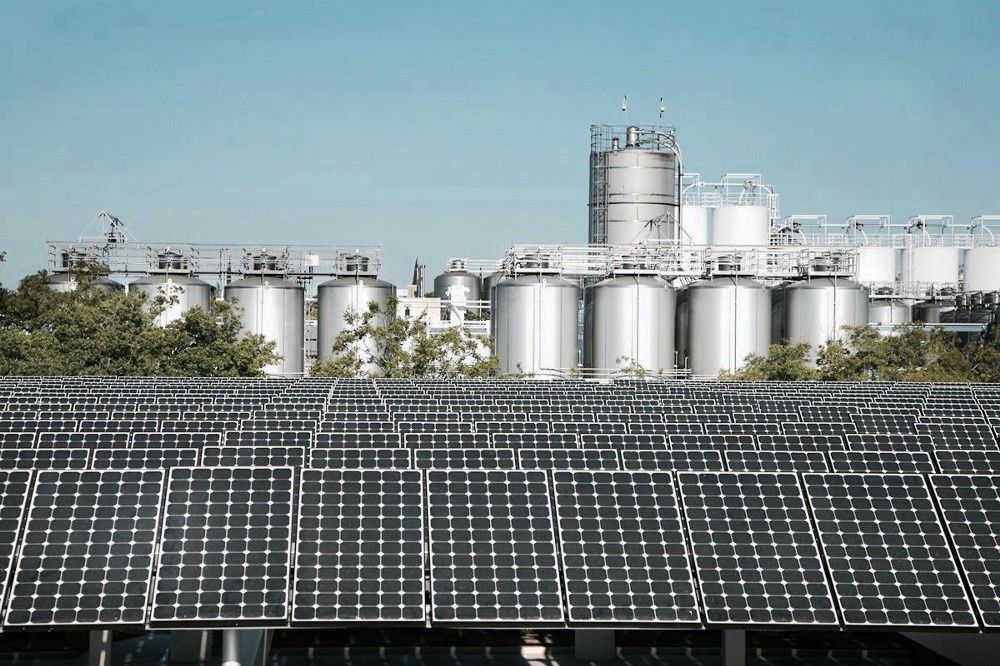 Some beer makers have found creative ways to conserve resources. In Hawaii, where freshwater supplies are limited, Kona Brewing uses condensation collected from its air conditioner to water the habaneros and chives used in its small-batch beers. In Alaska, dairy farms are hard to come by, so instead of selling its used malt as cattle feed, Alaskan Brewing uses its spent grain to fuel a steam boiler. Magnolia Brewing and 21st Amendment in San Francisco, by contrast, send their leftovers to ReGrained, a startup that turns old malt into beer-themed snack bars.

Since even the most efficient breweries generate a certain amount of waste and pollution, some beer makers have sought ways to compensate. Last year, Brooklyn Brewery worked with the Arbor Day Foundation to plant trees across hundreds of acres of the Mississippi Alluvial Valley. The trees will soak up carbon dioxide, offsetting pollution generated by the brewery’s Williamsburg, Brooklyn operation.

For brewers, climate change is an pressing issue. The Oxford Companion to Beer, edited by Brooklyn brewmaster Garrett Oliver, includes a detailed entry on global warming. It notes that the price of ingredients is “beginning to rise as the agriculture industry is affected by changing weather patterns.” It explains that climate change has already hurt the quality of Czech Saaz hops and that additional warming threatens the health of other crops needed to make beer.

“There is a self-selecting nature to the type of person who wants to open a craft brewery. Generally speaking, they care about their communities and the people living in them, which does extend to the world when it comes to climate,” said Rob Day, marketing director at Lord Hobo Brewing Company in Boston. He noted that conservation is also good for business. “When you are getting started, you need to save and scratch, and sometimes sustainable practices can save money.” (Disclosure: Day is a longtime friend.)

Here, craft brewers have certain advantages. “Independently owned companies have much more freedom to invest in things that a traditional business model would not accept,” said Chastain. “According to the Brewers Association, in order to be a craft brewer, you do have to be independently owned.”

Today, independence of craft brewers is under threat as beer giants buy up smaller brands. In response, the Brewers Association has introduced an “independent craft brewer seal” to be applied to beer made by small, independently owned breweries. The hope is that consumers will seek out these brands.

For now, the large majority of craft brewers remains independent. And, in contrast to their larger counterparts, they are pushing policymakers to guard America’s natural resources.

In February, 32 craft brewers sent a letter urging senators not to confirm Scott Pruitt to head the U.S. Environmental Protection Agency (EPA). “Our breweries cannot operate without reliable, clean water supplies,” it read. “We need an EPA administrator who will adopt and enforce policies that protect the water sources we use to make our great-tasting beer.”

It’s hard to imagine Spuds MacKenzie taking to the halls of Congress, but the new generation of American beer makers are committed conservationists. When President Trump announced the U.S. would leave the Paris agreement, a coalition of mayors, governors, university presidents, businesses and investors pledged they would continue to abide by the terms of the pact. The list includes 10 craft brewers, among them, Deschutes, New Belgium and Sierra Nevada.

“We’re speaking up for what we believe in,” said Chastain. “If we can add our voice to the conversation, we’re happy to do that.”