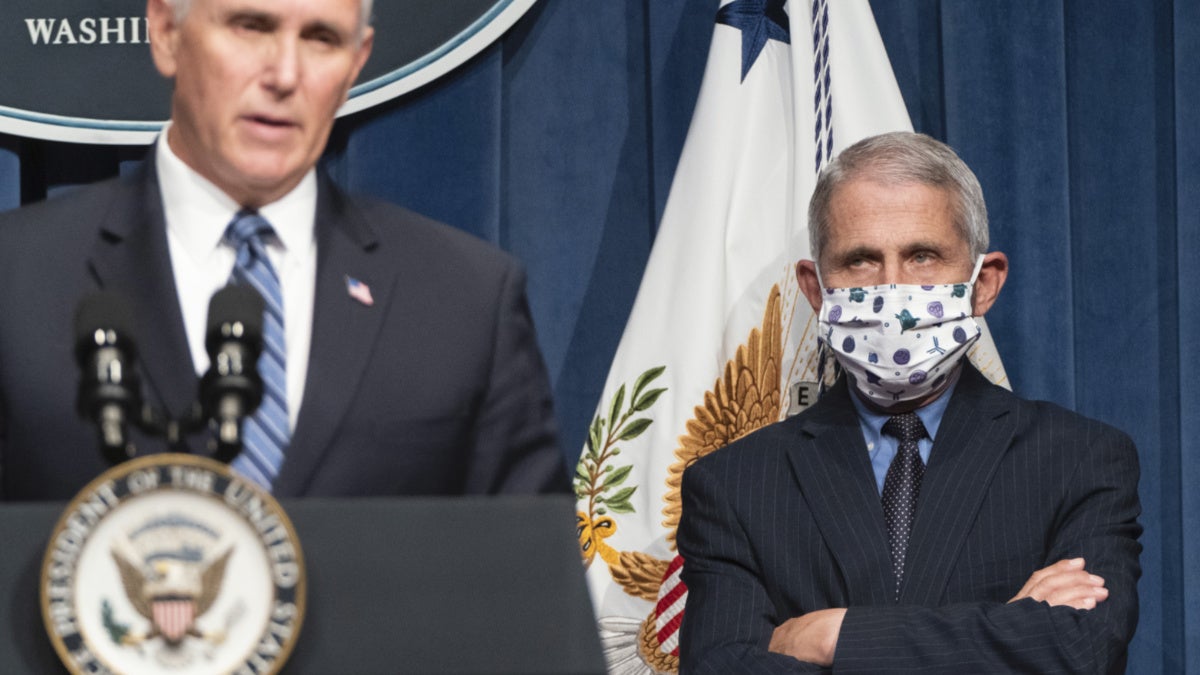 Vice President Mike Pence on Sunday heaped praise upon Texas Gov. Greg Abbott and said “every Texan can be proud of” his leadership in reopening one of the nation’s largest economies even as lawmakers and public health experts say the governor’s decision to relax social distancing guidelines led directly to the Covid-19 surge that is currently pummeling the state.

“I… want to commend the governor for—for your decisive action,” Pence said during a news conference with Abbott, a Republican, at the University of Texas Southwestern Medical Center in Dallas. “Reopening this economy, which began in early May, is a tribute to your leadership and the steady progress in—in putting Texas back to work.”

“You can see the impact of the opening plan and how it worked out,” said Birx. “All of May, for almost five weeks, and then there was an inflection point.”

The vice president went on to acknowledge the alarming recent spike in coronavirus cases and hospitalizations in the state before applauding Abbott for announcing steps last week to slow the reopening process—steps that were criticized as inadequate to the scale of the crisis. Pence then conceded that “gatherings and meeting in certain places in communities… may well be contributing to the community spread.”

“Our objective is to save lives as Texas continues to reopen your economy and help to lead this country back to work,” Pence said.

"I want to commend the governor for your decisive action reopening this economy" — Pence lauds Greg Abbott for taking steps that contributed to state's huge coronavirus spike pic.twitter.com/CAPa9bdVjT

“The head of the Covid Task Force just commended our governor for his role in opening the economy and creating the largest outbreak to date (until tomorrow’s new record). He’s grateful for Abbott’s incompetence,” tweeted Democratic U.S. House candidate Russell Foster, who is running to represent Texas’ 4th Congressional District.

Pence’s remarks came hours before Texas—which now has the fourth-most coronavirus cases in the U.S.—reported its sixth consecutive day of more than 5,000 new Covid-19 infections.

Last Thursday, Abbott—who predicted during a private call in May that the reopening process would lead to a spike in cases—announced a temporary pause in reopening phases in an effort to “help our state corral the spread.” The following day, as Covid-19 hospitalizations surpassed 5,000 and placed further strain on the state’s intensive care units, Abbott ordered the closure of bars and rolled back in-person restaurant dining.

“It is clear that the rise in cases is largely driven by certain types of activities, including Texans congregating in bars,” said Abbott.

In a column Monday morning, Texas Tribune executive editor Ross Ramsey wrote that the “Texas resurgence was predictable” and slammed Abbott and other state leaders for refusing to act until the coronavirus spike was out of control.

“Local officials who wanted stronger rules on masks and crowds and social distancing—in both big and small Texas cities and counties—were right after all,” wrote Ramsey. “And Abbott, who blocked local governments from acting on their concerns about the coronavirus, waited until case numbers, infection rates, and hospitalizations jumped.”

“You can get ready when a storm is coming or wait until it blows your roof off,” Ramsey added. “Abbott, who’s been reinstalling some of the regulatory safeguards he dismantled in May, dithered until the wind was blowing.”