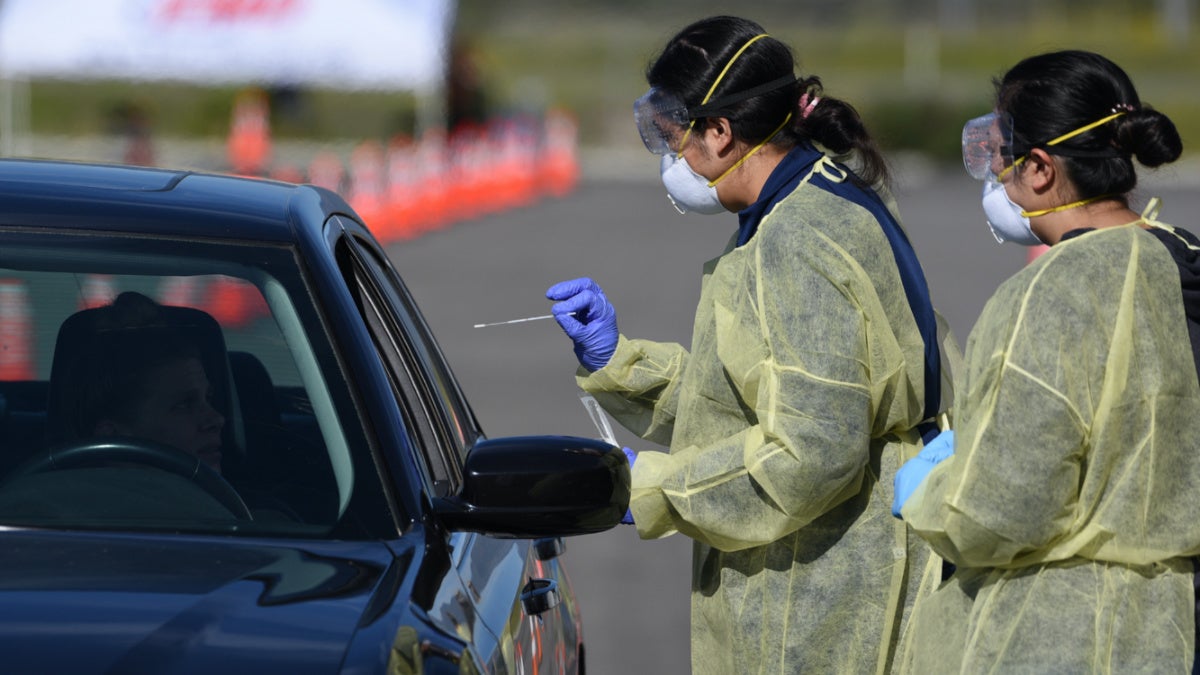 As Covid-19 cases continue to spike across the U.S.—the nation on Wednesday saw its largest daily increase in confirmed new infections since the pandemic began—the Trump administration is reportedly planning to cut off federal funding for 13 coronavirus testing sites in five states at the end of the month, a move that is in keeping with the president’s vow to slow screenings for the virus.

Politico reported Wednesday that “the federal government is ending its support for 13 drive-thru coronavirus testing sites on June 30, urging states to take over their operations—even as cases spike in several parts of the country.”

Seven of the sites set to lose federal funding and support are located in Texas, which has seen new Covid-19 cases and hospitalizations skyrocket during the reopening process—a spike that Texas Gov. Greg Abbott predicted last month in a private call that leaked to reporters. Texas was one of six states that saw a record increase in new infections on Wednesday.

The other testing sites that will lose federal support next week are located in Colorado, Pennsylvania, Illinois, and New Jersey.

The Trump admin is cutting off federal funding for 13 community testing sites in 5 states, including one in Colorado.

This is downright dangerous, as tens of thousands of Americans are testing positive for COVID-19 each day. We should be working to expand testing, not reduce it! https://t.co/mhT2ONRw81

Texas lawmakers reacted with alarm to the administration’s plan, which was reported days after President Donald Trump said during a weekend rally in Oklahoma that he ordered a slowdown in coronavirus testing. White House officials claimed Trump’s comments were made “in jest,” but the president on Tuesday doubled down and told reporters that he was not joking.

“Without FEMA’s supplies, fiscal aid, and personnel, these sites may no longer be able to serve our communities,” the lawmakers warned. “FEMA’s removal in this moment would be harmful and irresponsible. We urgently ask you to extend FEMA’s presence at these testing sites through August 30, 2020.”

Rocky Vaz, the director of emergency management for Dallas, told Talking Points Memo that the city asked for an extension of federal support for two testing sites in Dallas County but was denied by the Trump administration.

“They told us very clearly that they are not going to extend it,” Vaz said. “We are not expecting it to continue beyond June 30, but things change.”

On several occasions in recent weeks, Trump and Vice President Mike Pence have falsely claimed that the recent surge in Covid-19 cases is the result of an expansion of testing rather than an actual spread of the virus. In an interview with the Wall Street Journal last week, Trump said coronavirus testing is “overrated” and “makes us look bad.”

“The pandemic is clearly getting worse in states nationwide—and instead of trying harder to stop it, President Trump is apparently trying harder to hide it,” said Murray. “It’s completely unacceptable that while billions in federal dollars Congress passed to support testing sit unspent, this administration is closing testing sites in states where new Covid-19 cases are rapidly on the rise.”

Sen. Elizabeth Warren (D-Mass.) echoed Murray and urged Congress to intervene to ensure that the testing sites remain open and at full capacity.

“Donald Trump can’t run from the facts: Covid-19 cases are still increasing and Americans are still dying,” Warren tweeted. “This is unacceptable—and Congress must act immediately to counter this reckless and inhumane measure.”