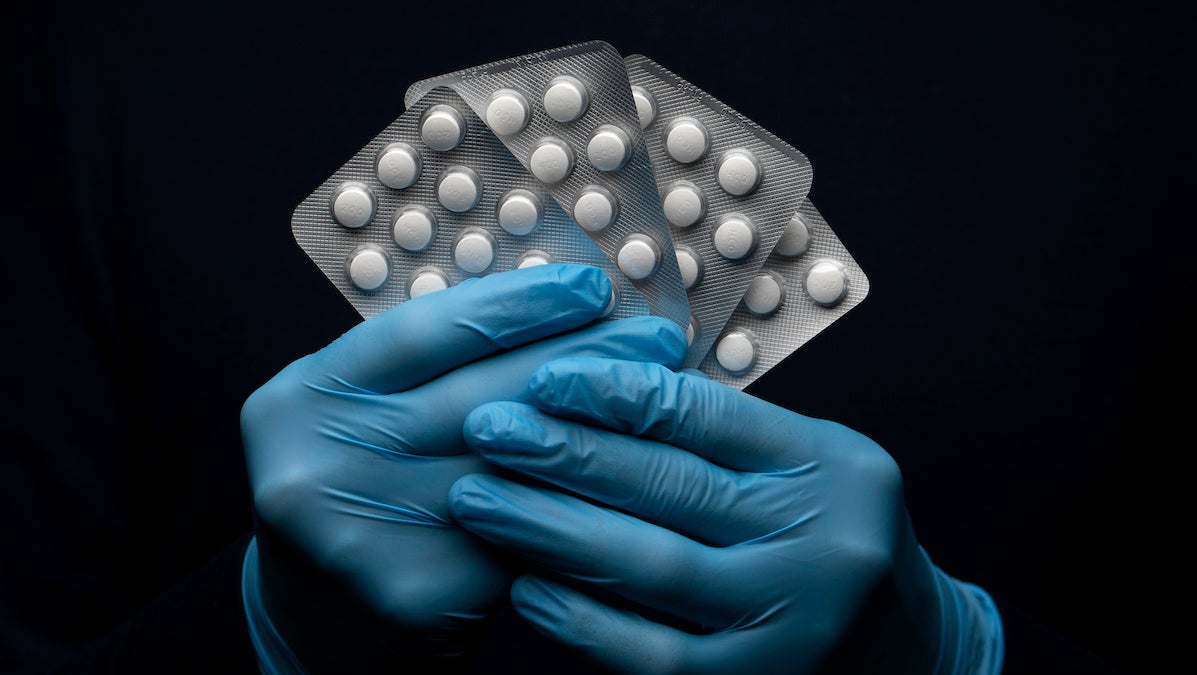 A pack of Hydroxychloroquine Sulfate medication is held up on March 26, 2020 in London, United Kingdom. John Phillips / Getty Images

Scientists around the world are questioning the efficacy of chloroquine and hydroxychloroquine as potential treatments for COVID-19 after a recent research has shown that the drugs increase the risk of fatal heart complications, as The New York Times reported.

A small study in Brazil published online by medRxiv had to be cut short after patients taking high-doses of chloroquine to treat their COVID-19 symptoms started to develop heart arrhythmias. “Within three days of starting the drugs, researchers started noticing heart arrhythmias in patients taking the higher dose. By the sixth day of treatment, 11 patients had died, leading to an immediate end to the high-dose segment of the trial,” The New York Times reported.

Hospitals in Sweden have been cautioned against using the drugs for COVID-19 and a consortium of American cardiology groups published guidelines for treating COVID-19 patients that urged doctors to be aware that the “antimalarial medication hydroxychloroquine and the antibiotic azithromycin are currently gaining attention as potential treatments for COVID-19, and each have potential serious implications for people with existing cardiovascular disease,” according to a statement from The American Heart Association.

The evidence that the combination of the two drugs may increase risk of heart failure continues to mount after an analysis of international health records.

“Worryingly, significant risks are identified for combination users of HCQ+AZM even in the short-term as proposed for COVID19 management, with a 15-20 percent increased risk of angina/chest pain and heart failure, and a two-fold risk of cardiovascular mortality in the first month of treatment,” said the report, according to Science Translational Medicine.

In France, where the initial buzz started about treating COVID-19 with a combination of antimalarial drugs and azithromycin, data released by the country’s drug safety agency showed 43 cases of heart incidents linked to hydroxychloroquine, highlighting the risk of providing unproven treatments to COVID-19 patients, as The Hill reported.

“This initial assessment shows that the risks, in particular cardiovascular, associated with these treatments are very present and potentially increased in COVID-19 patients. Almost all of the declarations come from health establishments,” the agency said. “These drugs should only be used in hospitals, under close medical supervision.”

The myriad warnings fly in the face of President Trump‘s praise for the treatment. At a White House briefing on the global pandemic, Trump cited no evidence of its efficacy but called hydroxychloroquine a great and powerful drug and also praised azithromycin since it “will kill certain things that you don’t want living within your body.” He then urged people infected with the virus to try the treatment. “What do you have to lose? What do you have to lose?” He said, as CNN reported.

“We’ve got to be careful that we don’t make that majestic leap to assume that this is a knockout drug,” he said, as The Hill reported. “We still need to do the kinds of studies that definitely prove whether any intervention is truly safe and effective. We don’t operate on how you feel, we operate on what evidence and data is.”

Dr. Eric Stecker, an associate professor of cardiovascular medicine at Oregon Health & Science University, the lead author on a paper from the American College of Cardiology that issued guidance for using hydroxychloroquine and azithromycin, noted that many people don’t know that they have the underlying heart issue that predisposes them to dangerous heart rhythms, according to The Intercept.

“In a better world, if we weren’t so panicked about this virus, we would wait and see if this drug had some value other than the President declaring that it has some value,” said Paul Offit, director of the Vaccine Education Center and an attending physician in the Division of Infectious Diseases at Children’s Hospital of Philadelphia, as CNN reported. “If someone’s sick you can still hurt them.”