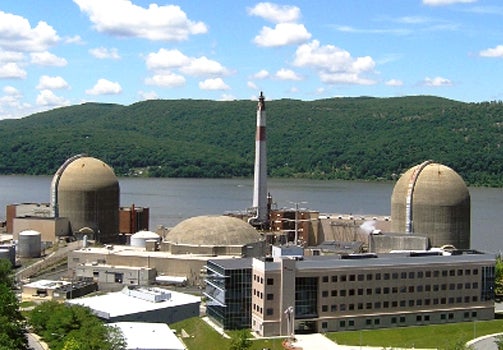 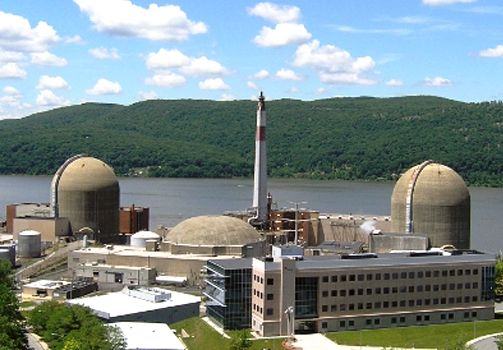 Robert F. Kennedy, Jr.: This 2nd Circuit decision in Brodsky v NRC is a turning point in our long-running struggle to end the collusion between the NRC and the nuclear industry. It will both protect and involve the public in key NRC health and safety decisions. Our primary concern has always been public health and safety, nowhere more important than with an Indian Point reactor with the worst health and safety record in the nation and located 28 miles from New York City.

Brodsky v. NRC is the federal litigation challenging the Nuclear Regulatory Commission’s (NRC) practice of issuing “exemptions” to its own health and safety regulations at Indian Point, and to do so in complete secrecy. The plaintiffs argued that Federal law requires the NRC to notify and involve the public before it allows Entergy to violate NRC health and safety requirements.

On Jan. 6, the U.S. 2nd Circuit Court of Appeals issued its’ decision on the matters argued last May in New York City. The Court agreed with the plaintiffs, and expressed grave concern about the NRC’s ongoing practice of making safety decisions in secret.

The Appeals Court remanded the case to the District Court and required the NRC to appear and explain why public participation was “inappropriate or impracticable.”

In other words, the Court has created a new legal standard and legal presumption in favor of public participation in “exemption” decisions. From now on the NRC must permit public participation or explain why it’s not going to do so. This is a substantial victory because there are hundreds, if not thousands, of such secret “exemptions” at Indian Point and at other reactors across the country which have weakened or evaded safety and health requirements. It’s now possible to seek an accounting of those “exemptions” and challenge many of them.

The particular Indian Point “exemption” challenged in Brodsky v. NRC dealt with fire safety. NRC Rules require that the electric cables that control reactor shutdown in an emergency have fire insulation that lasts one hour. When tested, the insulation at Indian Point (and elsewhere) lasted 27 minutes. Rather than require Entergy to upgrade the insulation to meet the one hour requirement the NRC, at Entergy’s request, issued an “exemption” that lowered the requirement to 24 minutes. It did so without notifying the public of its consideration of Entergy’s application, or permitting the public to comment, or participate, or attend a public hearing.

By ending the secrecy of the “exemption” process the Court has created two important dynamics. First, it will be difficult if not impossible for the NRC to continue to use secrecy as a shield for decisions that are at best controversial and at worst truly dangerous. Second, we can begin to examine the true extent of “exemptions” at Indian Point and scores of other reactors. Both are important parts of making the NRC a fair and effective regulator.

Plaintiffs had also challenged the Indian Point “exemptions” as violations of other laws as well. While the 2nd Circuit declined to agree on some of those matters, plaintiffs are pleased that the core of their concerns have been favorably addressed. Plaintiffs will continue to vigorously participate in the continuing litigation.

The coalition that brought the litigation included the Sierra Club-Atlantic Chapter and Westchester’s Citizens Awareness Network (Westcan), whose steadiness and support were crucial. The plaintiffs are appreciative of the intervention of then Attorney General Andrew Cuomo, whose early concern about this issue was noted by the Court.

Environmental activist Robert F. Kennedy, Jr. said, “This 2nd Circuit decision in Brodsky v NRC is a turning point in our long-running struggle to end the collusion between the NRC and the nuclear industry. It will both protect and involve the public in key NRC health and safety decisions. Our primary concern has always been public health and safety, nowhere more important than with an Indian Point reactor with the worst health and safety record in the nation and located 28 miles from New York City.”

Hamilton Fish, a board member of the leading environmental organization Riverkeeper said, “This is a real victory for public safety and transparency in the critical area of nuclear oversight from a court celebrated for its commitment to free speech and the first amendment.”

Marilyn Elie, president of Plaintiff WestCan said, “This is a victory for transparency in government and due process.  It makes it possible for people to have a voice in important nuclear decisions in their community and helps hold the NRC accountable for protecting public health and safety, something it hasn’t done in years.”

Annie Wilson, former chair of the energy committee of Plaintiff Sierra Club-Atlantic Chapter and energy co-chair of Sierra NYC said, “These dangerous ‘exemptions’ can no longer be handed out in secret.  We’re very pleased with the Court decision.”

Here are excerpts from the decision:

The NRC must “supplement the administrative record to explain why allowing public input into the exemption request was inappropriate or impracticable.”

The failed fire insulation at Indian Point was a “degradation of defense-in-depth fire protection and safe shut down in the event of a significant fire”.

The NRC is bound by the requirement that “federal agencies examine and disclose the potential environmental impacts of projects before allowing them to proceed, which process “must involve the public.”

“public scrutiny [i]s an “essential” part” of NRC actions, which “must ensure that environmental information is available to public officials and citizens before decisions are made and before actions are taken.”

Richard Brodsky is a former NYS Assemblyman who is currently a senior fellow at the progressive think tank Demos in NYC and at the NYU Wagner School for Public Service.