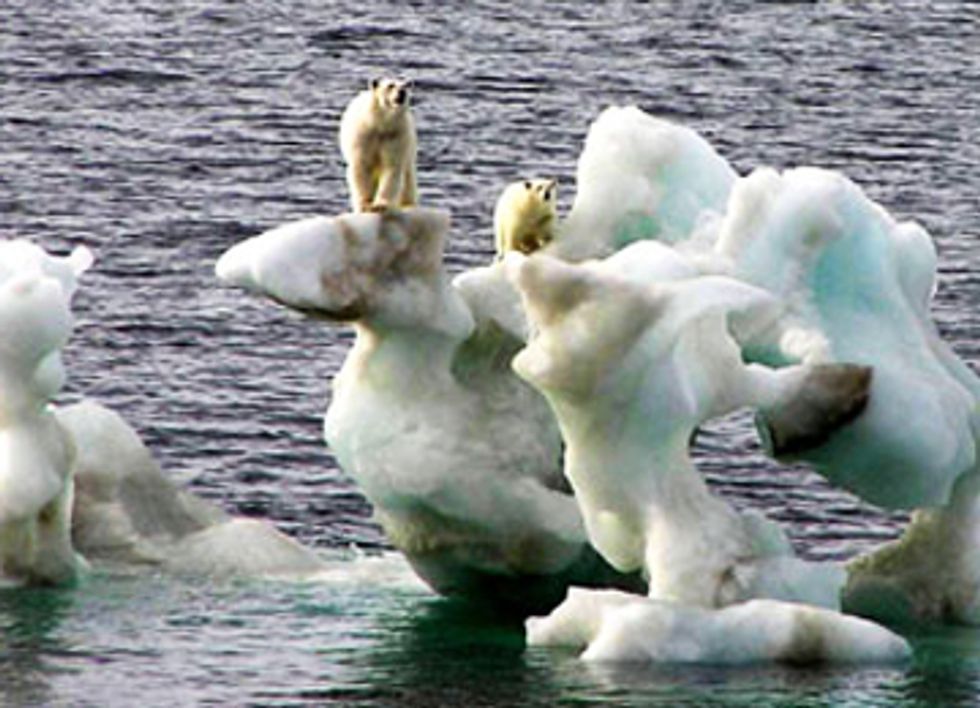 It's pretty safe to say that the Arctic is under pressure like never before. Climate change is warming it faster than any other part of our planet. Sea ice is shrinking. The way of life of Indigenous Peoples is seriously threatened and animal habitats are vanishing. Oil companies eye a polar bonanza while hulking fishing fleets are edging ever northwards.

So we were surprised to hear the other night that a court in Alaska had ruled against the challenge Greenpeace took with other environmental groups to have the U.S. government's approval of Shell's Arctic oil spill response plan for the Chukchi and Beaufort Seas overturned.

You can find Shell's plan in all its glory on its website, though it is also available in the fantasy section of most good bookshops (apparently Peter Jackson is in talks to turn it into a movie). It’s quite a page turner.

We believed that, in line with its legal responsibility to protect the Arctic environment, U.S. courts would take a dim view of a company relying on a spill plan that was so bad it bordered on the comic. Especially after a catalogue of Arctic mishaps, blunders and bungles last summer, which occurred with such unerring frequency we started setting our watches by them here at GP Towers.

However, the judge decided that approving the response plan was fine. We disagree, but the decision also raises a fundamental question about our relationship with the Arctic and calls into question whether the global community can adequately respond to the crisis unfolding at the top of the world.

Let me try and put this into some context.

As Shell was being granted carte blanche for industrial recklessness on ice, new warnings were surfacing from scientists about the fate of the Arctic that couldn’t be any starker.

In Nature, ice scientists examined the potentially catastrophic impacts of plausible Arctic thawing and the release of a giant methane bubble under the ice of the East Siberian Arctic Shelf. They concluded that the melt could have "enormous implications" for the global climate and cost the economy trillions of dollars.

A paper in Science suggested that rapid ice loss is having a significant effect on the Arctic ecosystem, "kicking the legs out from under the entire northern dinner table" by undermining the basis of the food chain and so impacting animals at every trophic level. Another in Nature Climate Change looked at the way disappearing ice could increase atmospheric warming.

Experts at the National Snow and Ice Data Centre revealed they expect this summer's sea ice minimum will "without doubt" rank in the five lowest levels ever recorded, even though conditions in the north have not been "terribly optimal for ice loss." Another scientist added that the amount of ice this summer "fits into the long-term trend of significant ice retreat and ice thinning from the 1970s and 1980s." The U.S. National Oceanic and Atmospheric Administration (NOAA) found that the Arctic is now changing at an unprecedented level, warming at "about twice the rate of lower latitudes." In 2012, summer sea ice was 54 percent lower than in 1982, as NOAA talked of the "drastic and persistent reduction in extent of summer sea ice cover in coastal margins." The list goes on.

And it's not looking too good for Arctic wildlife, either. Vanishing ice is putting baby harp seals at risk and scientists in Norway have just discovered the body of an emaciated polar bear they believe starved to death because of climate change.

How we respond to these increasingly obvious alarm bells will define the future of the Arctic, the people who call it home and the plants and animals that live there.

The approval of an oil spill response plan with such failings is a step in completely the wrong direction. Not only does it invite the nightmare scenario of a Deepwater Horizon-style spill in ice, it also sends a message from governments that meaningful protection for the Arctic is not a priority. At the very same time the science is telling us this unique region demands urgent action to save it from our addiction to climate-wrecking fossil fuels.

This has to change.

A first step would be to keep Shell out of the Arctic. Safe oil drilling in the far north is an oxymoron, but even now, after a disastrous drilling season in Alaska, the company has agreed a deal with Russian energy giant Gazprom to open up its remote and freezing waters.

Greenpeace won't stop until Shell is out of the icy north and this special place is properly protected. But we need your help.

Join us and save the Arctic.