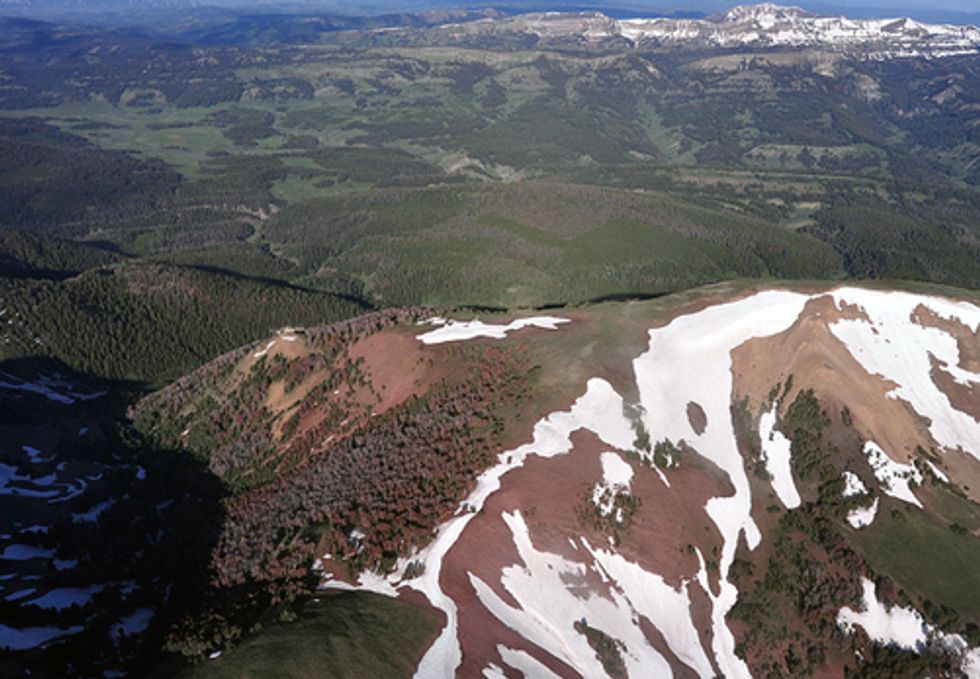 Grizzly bears living in the Yellowstone region won a reprieve Nov. 22 from efforts to remove federal endangered species protections from the population. A 9th Circuit Court of Appeals panel unanimously agreed that one of the grizzly's key food sources, the whitebark pine, has become so ravaged by climate change that the bears' future remains undeniably threatened.

“Grizzlies are still fighting for their survival in Yellowstone," said Louisa Willcox, senior wildlife advocate for Natural Resources Defense Council (NRDC). “Grizzly bears have made great progress in the Greater Yellowstone Ecosystem, but they are still very vulnerable, and we must maintain the protections that have brought the bears back from the brink of extinction. Since one of their key food sources is disappearing in Yellowstone, we must develop a long-term plan to help the bear adapt to the results of climate change on their habitat."

The number of Yellowstone bears has declined this year, but the dip may be steeper as the loss of whitebark pine and increasing conflicts take their toll, according to Willcox. NRDC is calling for climatologists and whitebark pine experts to increase their engagement in the grizzly bear recovery issue—predicting climate change impacts on whitebark pine and other grizzly bear foods will be vital to ensuring their future in the Greater Yellowstone. NRDC also supports expanding efforts to reduce human-bear conflicts, which have increased as whitebark pine has declined. “By maintaining federal protections, this ruling provides the framework to pursue these critical steps," Willcox said.

The decision comes in response to a challenge to the U.S. Fish & Wildlife Service's effort to remove endangered species protections from the Northern Rockies grizzly population in 2007. The Greater Yellowstone Coalition brought the challenge, with a similar suit also filed by NRDC in another court. The sudden disappearance of whitebark pine has completely changed the landscape for grizzlies in the years since the service's decision, which was noted by the court Nov. 22:

Numerous studies have shown a clear correlation between the abundance of whitebark pine cone crops and human-bear conflicts. In years with large cone crops, the bears forage at higher elevation, far from high densities of people. When cones are scarce, the bears move closer to places where more people are. While the bears are omnivores, the pine nuts offer a high calorie food source at a time when little else is available of similar nutritional value. Many researchers have expressed concern over the impact this will have on the future of the grizzly bear population, and the animals' movements in search of new food sources, in the Greater Yellowstone Ecosystem. Recent NRDC/Forest Service research has shown that more than 80 percent of the whitebark pine forests in the Greater Yellowstone Ecosystem are now dead or dying due to a mountain pine beetle infestation brought on by warming temperatures.

“Some will paint this as a sign that the Endangered Species Act doesn't work," said Willcox. “Nothing could be further from the truth. The grizzlies' comeback is a clear success story. The bears simply would not exist in the Greater Yellowstone if not for the act's legal protections and the hard work of many to look after the species. But due to changing conditions, we will all need to redouble efforts to focus on conflict resolution efforts as the bears seek out new food sources in their range."