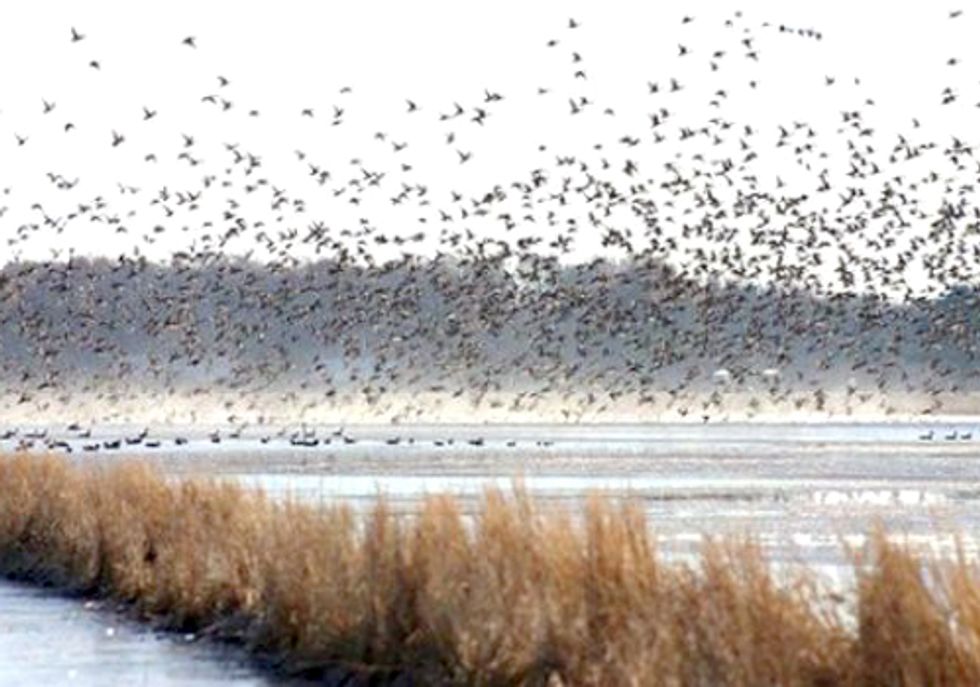 The Riverside County Superior Court has issued a final decision rejecting the “Villages of Lakeview” development next to the San Jacinto Wildlife Area in rural Riverside County. The massive development of 11,350 residential units and 500,000 square feet of commercial space would have congested roads, worsened the region’s air quality and generated more than 175,000 tons of greenhouse gas emissions.

“The county should never have approved a new city next to one of California’s most important birding areas,” said Jonathan Evans, an attorney with the Center for Biological Diversity. “Luring tens of thousands of residents to the edge of the environmentally sensitive San Jacinto Wildlife Area was a reckless idea that was properly thrown out by the court.”

The project posed a grave threat to imperiled wildlife on the project site and in the adjacent San Jacinto Wildlife Area. The San Jacinto Valley is a globally recognized biodiversity hotspot that is host to more than 300 resident and migratory birds, including burrowing owls, California gnatcatchers and yellow-billed cuckoos.

“The county of Riverside ignored California law and its own local ordinances when it gave the green light to the massive ‘Villages of Lakeview’ development,” said Rachel Hooper of Shute, Mihaly, and Weinberger, who represented several of the plaintiffs in the case.

Three separate cases were filed by the Center for Biological Diversity, San Bernardino Valley Audubon Society, Friends of the Northern San Jacinto Valley, Sierra Club and the city of Riverside. The court found that Riverside County had violated the California Environmental Quality Act, State Planning and Zoning Law, and its own general plan in approving the controversial development.

“This project would have created a new 34,000-person city at the edge of the San Jacinto Wildlife Area,” said Tom Paulek of the Friends of the Northern San Jacinto Valley. “We hope that the county will reconsider its approval of this project given that it will imperil the very species that this wildlife area is meant to protect, as well as massively exacerbate traffic problems in the region.”

The lawsuit is one of a series of court challenges brought by the Center for Biological Diversity, often with partners, to reduce greenhouse gases from new development through the California Environmental Quality Act. Residents of the proposed Villages of Lakeview would generate at least 85,000 car trips daily, which would collectively add up to 294 million new miles of car travel each year. These car trips would significantly increase the county’s greenhouse gas emissions and worsen air quality, which is already rated by the American Lung Association as some of the worst in the country.

“The last thing Riverside County needs is more sprawl, more empty houses and more gridlock. Planting a new city in the middle of a rural area adjacent to the San Jacinto Wildlife Area goes against the most basic principles of good land-use planning,” said George Hague of Sierra Club’s San Gorgonio Chapter. “Judge Waters rightly noted that the county should have properly analyzed the project’s environmental effects before approving such a major change to the region.”

Visit EcoWatch's BIODIVERSITY and AIR pages for related news on these topics.