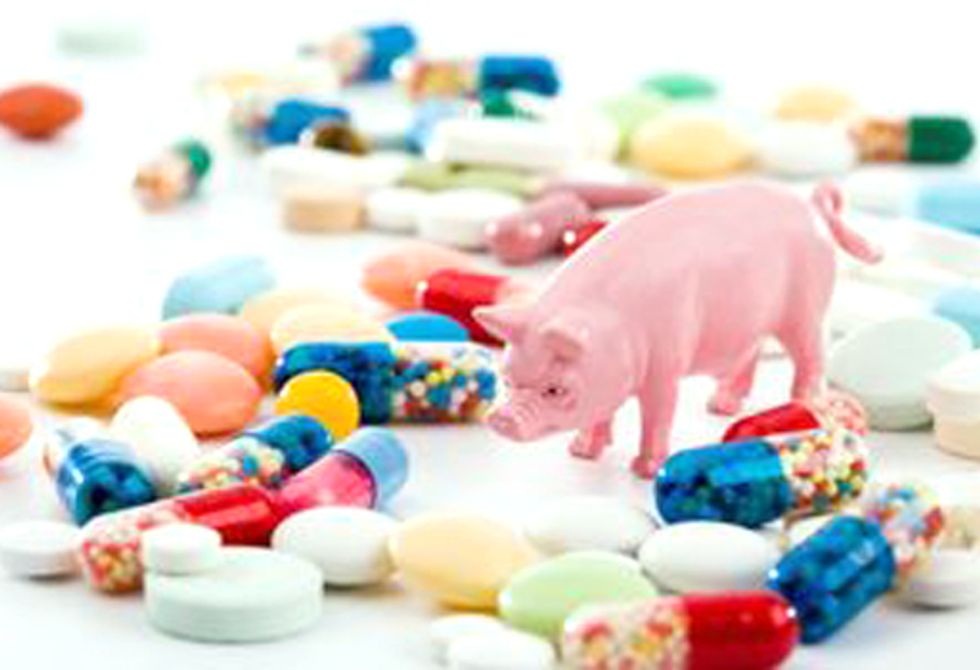 The Food and Drug Administration (FDA) must act to address the growing human health threats resulting from the overuse of antibiotics in animal feed, according to a federal court ruling issued the evening of March 22. The decision stems from a lawsuit filed by the Natural Resources Defense Council (NRDC), Center for Science in the Public Interest (CSPI), Food Animal Concerns Trust (FACT), Public Citizen and Union of Concerned Scientists (UCS) last year.

“For over 35 years, FDA has sat idly on the sidelines largely letting the livestock industry police itself,” said Avinash Kar, NRDC health attorney. “In that time, the overuse of antibiotics in healthy animals has skyrocketed—contributing to the rise of antibiotic-resistant bacteria that endanger human health. Today, we take a long overdue step toward ensuring that we preserve these life-saving medicines for those who need them most—people.

“These drugs are intended to cure disease, not fatten pigs and chickens,” Kar said.

In 1977, FDA concluded that feeding animals low doses of certain antibiotics used in human medicine, namely, penicillin and tetracyclines, could promote antibiotic-resistant bacteria capable of infecting people. Despite this conclusion and laws requiring that the agency move on its findings, FDA failed to take action on penicillin and tetracyclines to protect human health for the last 35 years.

The court decision noted, “In the intervening years, the scientific evidence of the risks to human health from the widespread use of antibiotics in livestock has grown.”

“This health threat has been hiding in the margins for four decades. The rise of superbugs that we see now was predicted by FDA in the 70’s,” said NRDC attorney Jen Sorenson. “Thanks to the Court’s order, drug manufacturers will finally have to do what FDA should have made them do 35 years ago—prove that their drugs are safe for human health, or take them off the market.”

The ruling compels FDA to take action on its own safety findings by withdrawing approval for most non-therapeutic uses of penicillin and tetracyclines in animal feed, unless the industry can prove in public hearings that those drug uses are safe. The ruling also makes clear that future nonbinding guidance from FDA will not excuse the Agency from its obligation to hold hearings on whether to withdraw approval for antibiotics covered by the decision.

According to the Union of Concerned Scientists, approximately 70 percent of all antibiotics used in the U.S. are given to healthy farm animals at low doses to promote faster growth and compensate for unsanitary living conditions—a practice that has increased over the past 60 years despite evidence that it breeds antibiotic-resistant bacteria dangerous to humans. The antibiotics, mixed into feed or water for pigs, cows, chicken, and turkeys, are used at levels too low to treat disease, leaving surviving bacteria stronger and resistant to medical treatment.

The Court noted the issue in its decision: “Research has shown that the use of antibiotics in livestock leads to the development of antibiotic-resistant bacteria that can be—and has been—transferred from animals to humans through direct contact, environmental exposure, and the consumption and handling of contaminated meat and poultry products.”

“Judge Katz’s decision is an important advance toward our goal of preserving the effectiveness of medically important antibiotics and not squandering them with reckless overuse on animal farms,” said CSPI Executive Director Michael F. Jacobson. “Improving conditions for chickens, hogs and cattle would help obviate the reason these drugs have been so over-administered in the first place.”

In recent years, the American Academy of Pediatrics, the American Medical Association, the Infectious Diseases Society of America, the Centers for Disease Control and Prevention, the Institute of Medicine of the National Academy of Sciences, the United States Department of Agriculture (USDA), the World Health Organization and many other groups have identified the routine use of low-dose antibiotics for livestock growth promotion as a significant contributor to the rapid proliferation of antibiotic-resistant bacteria in both animals and humans.

“After decades of delay, the FDA will finally have to address this long-standing threat to the public,” said Richard Wood, executive director for FACT. “This is a great victory for public health and a great chance to make American farms move in a more healthy direction.”

Briefing on NRDC’s second claim in the lawsuit, which asks for FDA to rule on two citizen petitions, will be completed on April 16.

For more information on this lawsuit and antibiotics in animal feed: