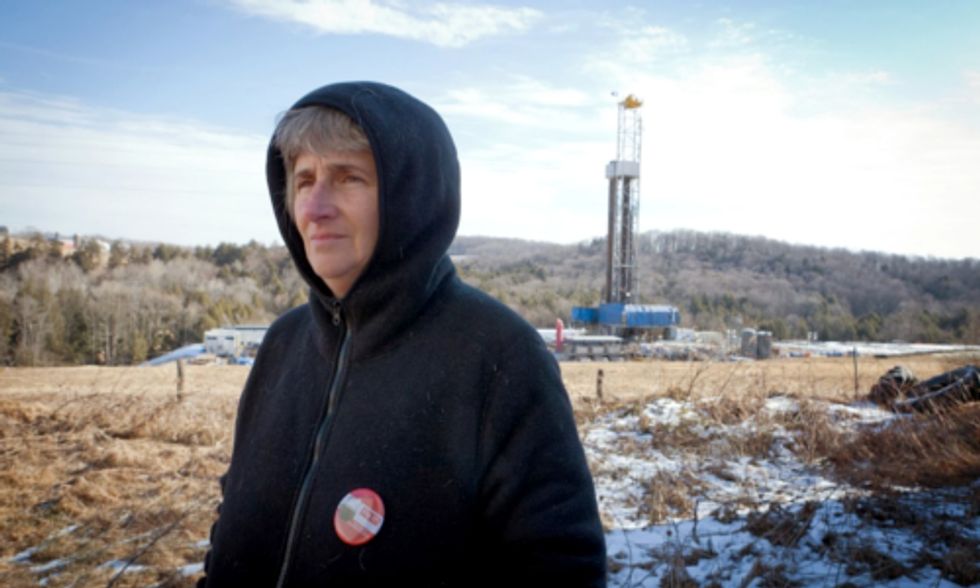 In Oct. 2013, Cabot Oil and Gas obtained an injunction against Vera Scroggins, who has been bringing the dangers of fracking to public attention for the last five years through her videos and bus tours of fracking sites in the county where she lives, Susquehanna County, PA.

The injunction prohibited Vera from going, not only on the land Cabot owns, but also on the land where Cabot leases the subsurface mineral rights, comprising 40 percent of the county’s properties. This means that Vera has been effectively barred from going to her grocery store, a number of businesses in town, her local hospital and some of her friends homes.

On March 24, a hearing was held before President Judge Kenneth W. Seamans, who issued the injunction in October, to consider whether it should be modified or lifted. Cabot proposed adding buffer zones of 150 and 500 feet to further restrict Vera’s movements. A press conference was held afterward. Following lunch with her supporters, Vera drove to her friend Craig Stevens’ house for a telephone press conference. On the way there, Environment TV interviewed her.