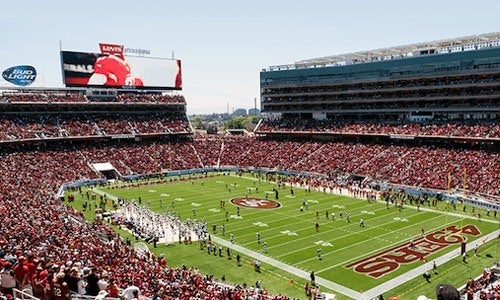 This year the Golden State will be hosting the Golden Anniversary of what many consider the greatest spectacle in all of professional sports and this year the game will be powered in part by golden rays of sunshine.

The Solar Energy Industries Association (SEIA) is counting down to the kick off between the Denver Broncos and the Carolina Panthers, not just because we love the game, the multi-million dollar advertisements and the A-list halftime entertainment, but also because solar energy—our MVP—will be playing a starring role. 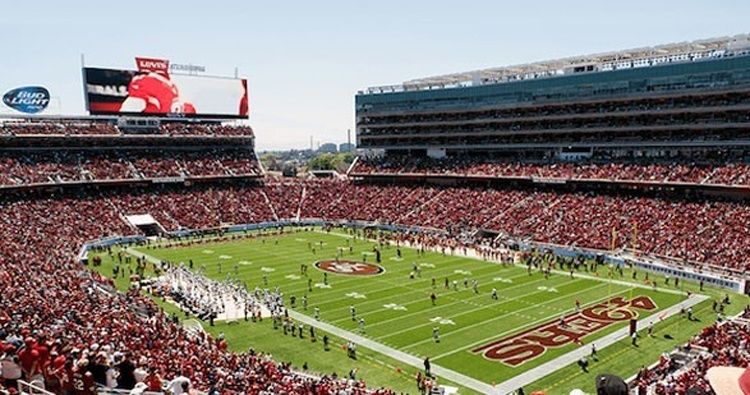 Levi’s Stadium is one one of the greenest venues in pro sports and the first professional football stadium to open with LEED Gold certification.

This year’s big game will be played at Levi’s Stadium in Santa Clara, California. Home to the San Francisco 49ers, Levi’s Stadium is the first professional football stadium in the National Football League (NFL) to open with LEED Gold certification. The Leadership in Energy & Environmental Design certification program recognizes best-in-class building strategies and practices. LEED certified buildings save money and resources and have positives impact on the health of occupants, while promoting renewable, clean energy.

Solar was a key strategy in the 49ers’ sustainability playbook. The solar at the stadium through NRG’s installations produces 375 kilowatts (kW) of peak power from more than 1,150 solar panels. In fact, the system can generate enough power in a year to meet electricity demand during every 49ers’ home game. The first area of the NRG solar installation is the three NRG Bridges that lead fans into Levi’s from the Red Parking Lot. The second is the NRG Solar Terrace which overlooks the football field and Silicon Valley from the top of the stadium.

“NRG was a true partner with us in building this stadium,” Ethan Casson, 49ers chief revenue officer, said. “We could not have achieved LEED Gold certification without them.”

San Jose-based SunPower built all of the solar photovoltaic (PV) panels for Levi’s—544 on the stadium roof and another 642 on the NRG Energy Bridges, footbridges for fans that connect a main parking area to the stadium. In addition to producing power, the solar panels act as a shade canopy for the bridges and terrace.

In 2015, nearly a third of the NFL teams played or trained at stadiums with on-site solar assets. That’s 8,000 solar PV panels, generating more than 10 million kilowatt-hours per year. 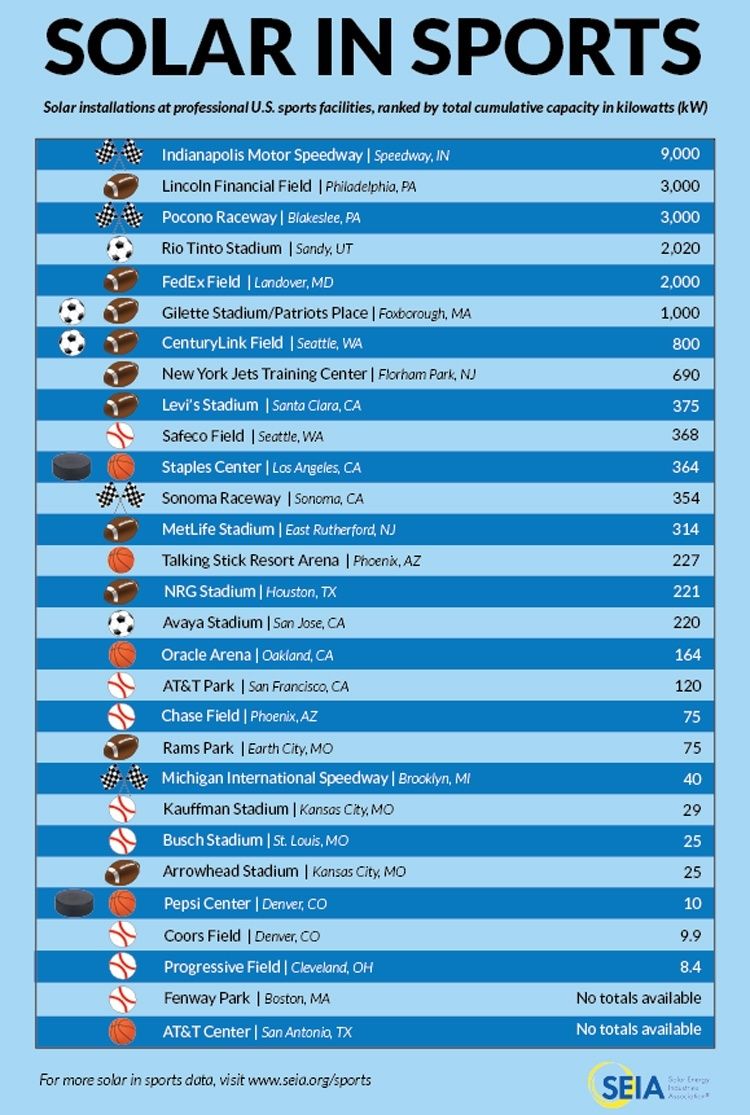 And there is more to come, with a new system under contract with the Baltimore Ravens and one in planning for the Atlanta Falcons. That’s not to mention the nearly 1 million solar systems that are installed on homes and businesses across the country.

“It’s a movement across the country—become more sustainable,” Al Guido, 49ers chief operating officer, said. “And stadiums have to do their part. But we wanted to be functionally green, not just green for green’s sake.”

Hosting the game in the state-of-the-art Levi’s Stadium is a major play for solar energy and part of a strong sustainability statement.

As NFL teams look for ways to keep their hometown fans cheering, investing in money-saving, 21st century technology like solar is a touchdown in everyone’s playbook.