Could Your Lawn Power Your House? 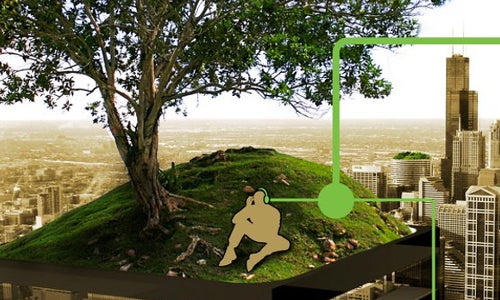 What’s growing in your garden? Whatever it is, it’s more likely to be powering your dinner than your cell phone or your lights. But you could be doing that, thanks to a startup company in Wageningen, Netherlands that’s discovered a way to utilize energy from plants that’s renewable because the plant isn’t consumed in the process.

Plant-e was founded in 2009 by David Strik, an assistant professor at Wageningen University, and Marjolein Helder, who serves as its CEO. The idea for the business—which develops and markets products that turn energy from living plants into usable electricity—came as Helder was researching plant energy for her masters degree in environmental technology at the university.

“The technology enables us to produce electricity from living plants at practically every site where plants can grow,” says Plant-e’s promotion. “The technology is based on natural processes and is safe for both the plant and its environment.”

As you probably learned in elementary school science class, plants produce organic matter via photosynthesis which they use for food, excreting the excess into the soil where microorganisms break it down into energy. It’s that energy that Plant-e’s technology harnesses by providing an electrode to harvest it. Their research has shown this doesn’t impact the plant, which continues to grow.

And Plant-e’s concept isn’t just some pie-in-the-sky dream. It’s already got products available to charge your cell phone or create a WiFi hotspot with a modular system containing both the growing plants and the technology to collect the energy. And it’s developed a system you can put on your roof to generate electricity for your home, although that’s not commercially available yet. 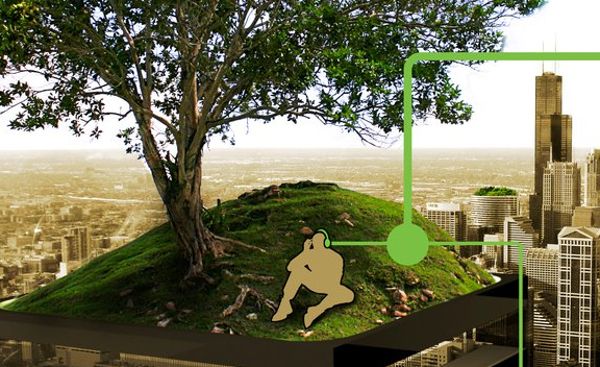 It may not be on the scale of solar or wind yet, but a Dutch company is already marketing a technology that can charge your cell phone on plant power. Photo credit: Plant-e

“You can reduce the electricity costs of your building by delivering the electricity to the grid or use the generated electricity directly to provide a charging station for mobile phones on your roof terrace with green, clean energy,” they say.

Plant-e also markets what they call their “DIY-Box,” an educational kit intended for classrooms to demonstrate how the technology works. The class can assemble the plant batteries and hook them up to power an LED light. That’s bound to be more exciting that the average school science fair experiment.

There are drawbacks, of course. The technology is still too small-scale to produce large amounts of energy so it won’t be competing with solar or wind anytime soon. And it won’t work when the ground freezes, creating some obstacles in colder climates. But they’re working on a tubular system they hope will be the next generation of their technology for use in wet areas such as peat land, mangroves, rice paddies and delta areas, making it feasible to bring electricity to off-the-grid areas in developing countries. They expect to install pilot projects this year and have the system in production in 2016-2017.