Could the Loss of Net Neutrality Harm the Environmental Movement? 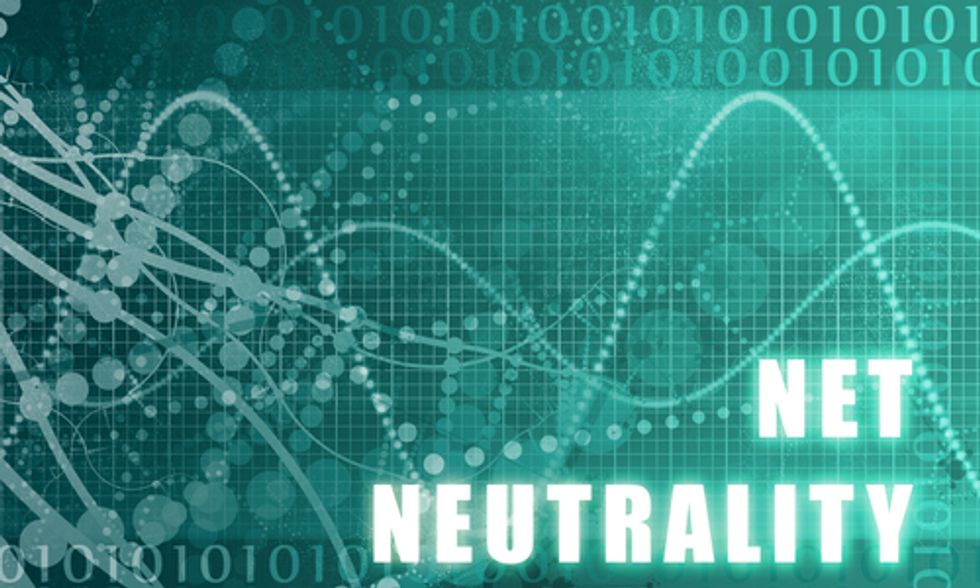 Could internet regulations suppress our voices? Or undermine our ability to read articles like this?

But the speculation out there is that the net neutrality—or open Internet—continues to be in jeopardy. Some goes as far as to say that the Federal Communications Commission net neutrality proposal, which is due to go public May 15, would destroy the Internet.

Broadband companies continue to push for the right to build special, faster lanes for companies that can pay for it. That would guarantee their content reaches end users ahead of those who don’t pay.

The loss of net neutrality could mean the end of the Internet as we know it.

Listen to the latest Green Divas myEARTH360 Report with Green Divas Lynn Hasselberger and Megan McWilliams as they explore net neutrality and other environmental news.

Without an open Internet, the very information EcoWatch and The Green Divas work hard to put out there may become harder and harder for you to access.

We certainly don’t have deep enough pockets to move our content into the internet fast lanes ahead of the Monsantos of the world. The average person’s access to environment and climate change news—topics that are even now under-reported—could be forever altered.

According to the LA Times:

Federal Communications Commission Chairman Tom Wheeler strongly defended rules he has proposed for the Internet that critics fear would result in preferential treatment for big companies and place too much power in the hands of the nation’s broadband providers.

“Let me be clear. If someone acts to divide the Internet between ‘haves’ and ‘have-nots,’ we will use every power at our disposal to stop it,” Wheeler said Wednesday in remarks at the National Cable & Telecommunications Assn.’s annual convention in Los Angeles.

Let’s hope what he’s saying holds true. Until then, you can take action.