Could Spider Venom Save the Bees? 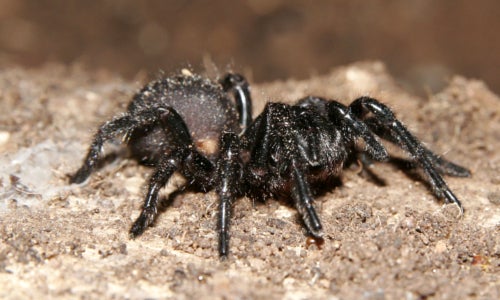 A novel bio-pesticide created using spider venom and a plant protein has been found to be safe for honeybees—despite being highly toxic to a number of key insect pests.

New research, led by Newcastle University, has tested the insect-specific Hv1a/GNA fusion protein bio-pesticide—a combination of a natural toxin from the venom of an Australian funnel web spider and snowdrop lectin. 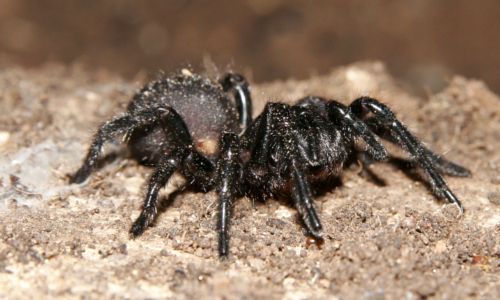 Feeding acute and chronic doses to honeybees—beyond the levels they would ever experience in the field—the team found it had only a very slight effect on the bees’ survival and no measurable effect at all on their learning and memory.

Publishing their findings today in the academic journal Proceedings of the Royal Society B, the authors say the insect-specific compound has huge potential as an environmentally-benign, “bee-safe” bio-pesticide and an alternative to the chemical neonicotinoid pesticides which have been linked to declines in pollinator populations.

Honeybees perform sophisticated behaviors while foraging that require them to learn and remember floral traits associated with food. Disruption to this important function has profound implications for honeybee colony survival, because bees that cannot learn will not be able to find food and return to their hives.

By pollinating some key crop species, honeybees make a vital contribution to food security. The decline of these insects raises significant concerns about our ability to feed a growing population.

Professor Angharad Gatehouse, based in Newcastle University’s School of Biology and one of the supervisors on the project, explains: “Our findings suggest that Hv1a/GNA is unlikely to cause any detrimental effects on honeybees.”

“Previous studies have already shown that it is safe for higher animals, which means it has real potential as a pesticide and offers us a safe alternative to some of those currently on the market.”

The project is part of the Insect Pollinators Initiative, jointly funded by the Biotechnology and Biological Sciences Research Council, UK’s Department of the Environment, Food and Rural Affairs, the Natural Environment Research Council (NERC), the Scottish Government and the Wellcome Trust under the auspices of the Living with Environmental Change (LWEC) partnership.

This research, involving academics from Newcastle and Durham Universities and the Food and Environment Research Agency, was funded by the UK’s innovation agency the Technology Strategy Board.

During the study, the bees were exposed to varying concentrations of the spider/snowdrop bio-pesticide over a period of seven days.  Throughout the study period, the team carried out a series of memory tests and recorded any changes in behavior.

Research lead Erich Nakasu, a PhD student at Newcastle University, explains: “This is an oral pesticide so unlike some that get absorbed through the exoskeleton, the spider/snowdrop recombinant protein has to be ingested by the insects.”

Unlike other pesticides, Hv1a/GNA affects an underexplored insecticidal target, calcium channels.  These are more diverse than commonly-targeted insecticide receptors, such as sodium channels, and therefore offer the potential for more species-specific pesticides.

“Calcium channels are linked to learning and memory in bees so it’s vital that any pesticide targeting them does not interfere with this process,” explains Erich.

“Although Hv1a/GNA was carried to the brain of the honeybee, it had no effect on the insect which suggests the highly selective spider-venom toxin does not interact with the calcium channels in the bee.”

The larvae were also unaffected by the Hv1a/GNA, as they were able to break it down in their gut.

Dr. Geraldine Wright, one of the authors on the paper, heads up Newcastle University’s Honeybee Lab.  Last year she led the research which highlighted the damaging effect of neonicotinoids on bees’ ability to learn and remember and subsequently communicate to their hive mates.

“Around 90pc of the world’s plants are directly or indirectly reliant on pollinators to survive,” she explains.  “If we destroy the biodiversity of pollinators then it will be irrelevant how effective our pesticides are because we won’t have any crops to protect.”

“There is now substantial evidence linking neonicotinoid pesticides to poor performance and survival in bees and what we need now is a clear directive from Government to develop and introduce bee-safe alternatives.”

“There isn’t going to be one silver bullet,” Professor Gatehouse adds. “What we need is an integrated pest management strategy and insect-specific pesticides will be just one part of that.”