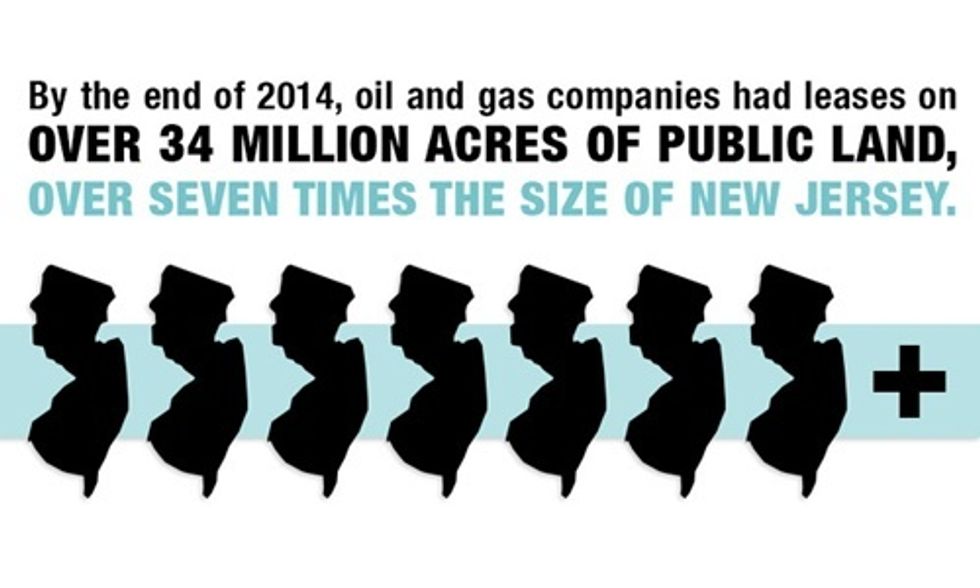 As the start of summer draws ever closer, Americans and international tourists will begin to flock to U.S. national parks, forests and other public lands for summer vacations, recreation and appreciation of our natural heritage. But there is something threatening the future of these lands and the communities that surround our national parks. Fracking.

President Obama’s Bureau of Land Management finalized thin, new rules for regulating fracking on public lands back in March. When these rules were proposed in 2013, more than 650,000 public comments were delivered demanding an outright ban on the practice instead. By the end of 2014, oil and gas companies had leases on more than 34 million acres of U.S. public land. More than 200 million more acres—about a third of all federal land—can be targeted with drilling and fracking.

The figures on public lands and fracking are alarming, but there is hope to protect these cherished places and to stop the climate pollution from such extraction from happening. On Earth Day, U.S. Reps. Mark Pocan (D-WI) and Jan Schakowsky (D-IL), members of the Safe Climate Caucus, introduced the Protect Our Public Lands Act, H.R. 1902. The legislation is the strongest anti-fracking bill introduced in Congress to date and would ban fracking on federal public lands.

Tell your member of Congress to cosponsor the Protect Our Public Lands Act, and stand up for our beloved national treasures.