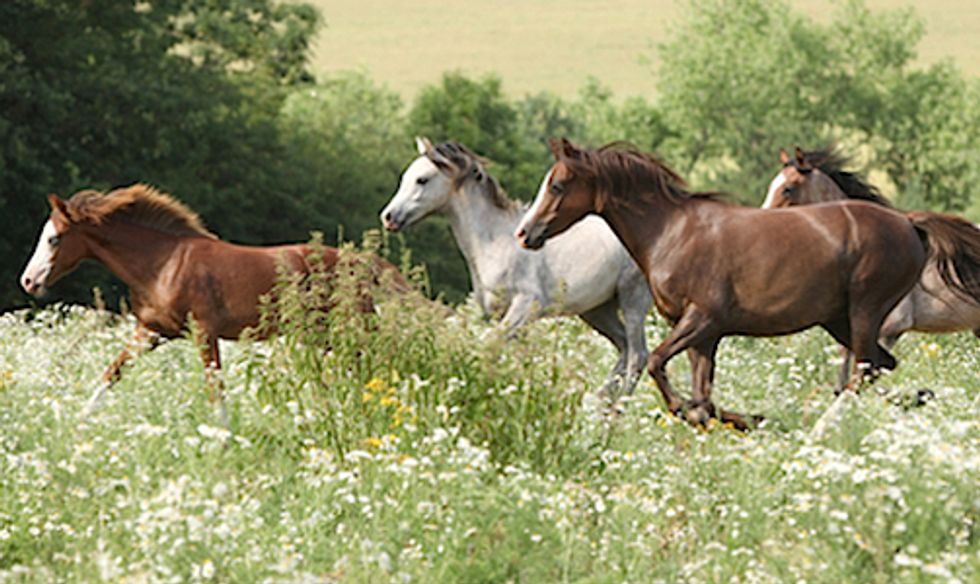 Equine advocates are taking a new approach to get wild horses much-needed protection by petitioning the Department of the Interior to have horses who roam on federal public lands listed as threatened or endangered under the Endangered Species Act.

The petition was filed by Friends of Animals and the Cloud Foundation over concerns that if the Bureau of Land Management (BLM) doesn’t change the course its on soon, the agency will mismanage these American icons into extinction.

In 1971, Congress recognized the value of wild horses as “living symbols of the historic and pioneer spirit of the West” who “contribute to the diversity of life forms within the Nation and enrich the lives of the American people.” It enacted the Wild Free-Roaming Horse and Burro Act, which was intended to protect wild horses from “capture, branding, harassment or death.”

Sadly, the BLM has failed—and continues to fail—to uphold its duties and continues to remove and warehouse thousands upon thousands of wild horses. According to Friends of Animals, more than 200,000 horses have been driven off of public land since the Act was passed, while thousands more still face the threat of removal.

Wild horses have already disappeared from Missouri, Iowa, Arkansas, Texas, Oklahoma and Kansas, and things are getting ugly in other states, including Utah and Nevada. Now there are believed to be fewer than 33,000 horses on 26 million acres of BLM lands, while almost twice as many are in BLM holding facilities as the government continues to pointlessly spend millions of dollars every year on more gathers and holding costs.

Yet the agency still wants to reduce their numbers by another 30 percent and will continue to subject them to terrifying, incredibly inhumane and indiscriminate roundups where the young, old and pregnant are forced to run for their lives as they’re chased by helicopters.

Friends of Animals and the Cloud Foundation cite these excessive roundups and removals as a major threats to their populations, thanks mainly to private livestock grazing, in addition to habitat loss (they’ve already lost 22 million acres) and inadequate regulation.

Now concerns continue to be raised about how these threats will continue to hurt them and whether the small herds that are left in the wild will be able to survive, while further fears have been raised that the government will open the door to legally allow horses in holding to be sold for slaughter.

“The tragedy of horse roundups exists because the BLM appears devoted to turning arid western public lands into feedlots for cows and sheep to appease cattle producers,” said Priscilla Feral, president of Friends of Animals. “Friends of Animals finds this morally and ecologically reprehensible, as wild horses are driven off lands to leave the bulk of water, forage and space for two domestic animals owned by ranchers.”

Even though they’re legally protected, the BLM treats wild horses like an invasive species who have no right to the land, but scientific research based on fossil records and DNA evidence has proven that they did originate here. The belief that they’re a native species was also upheld last month by the Ninth Circuit Court of Appeals during a lawsuit that argued the BLM was breaking the law by rounding up too many horses.

“Misclassification of wild horses as a non-native species is politically, not scientifically driven,” said Ginger Kathrens, executive director of the Cloud Foundation. “Wild horses are severely endangered but without recognition of current scientific evidence of their native status, they could become extinct.”

While these organizations fight for more legal protection, the American Wild Horse Preservation's campaign is urging people to speak out for wild horses by opposing helicopter roundups in Utah and Nevada by midnight June 18. Comments can be emailed to: [email protected] and [email protected]