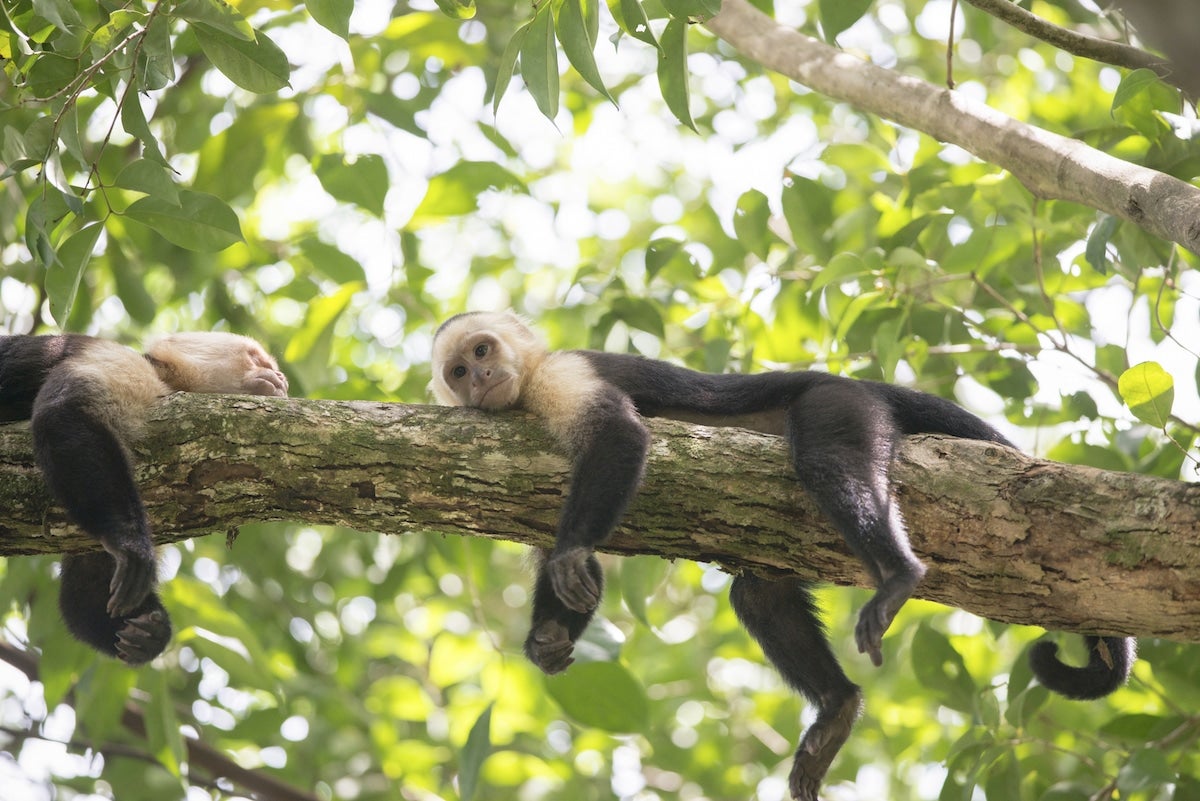 Costa Rica is a lush wonderland of rainforests and exotic plant and animal wildlife — from crocodiles and dolphins to blue-jeans poison-dart Frogs and howler monkeys — that has attracted tourists from all over the globe. In an effort to keep the tourist economy there strong, government leaders have partnered with researchers from the Stanford Natural Capital Project to learn about the ways Costa Rica’s unique environment is an asset to its tourism.

Through their research, published in the journal Proceedings of the National Academy of Sciences, the international team based at Stanford University — which includes academics and professionals from the Chinese Academy of Sciences, the World Wildlife Fund, the Stockholm Resilience Centre, The Nature Conservancy and the University of Minnesota — discovered that tourists favor areas with roads and lodging that provide easy access to Costa Rica’s remarkable variety of wildlife, Stanford News reported.

The Central American country’s leaders want to use the information from the study to build a nationwide system in order to keep track of the ways in which the country’s own natural resources contribute to the economy.

“These findings show just how important wildlife is, especially when paired with infrastructure, for a thriving tourist economy,” said Alejandra Echeverri, a postdoctoral researcher at the Stanford Natural Capital Project, who was co-lead author on the paper, as reported by Stanford News. “If Costa Rica wants to keep attracting tourists, it needs to invest in both nature conservation and infrastructure that allows people to enjoy majestic animals like the resplendent quetzal and other iconic wildlife.”

In 2012, Costa Rica banned hunting — the first country in the Americas to do so — and has been ranked as one of the best ecotourism destinations in the world, according to Green Global Travel.

The Stanford Natural Capital Project team used NASA satellite data along with posts on social media to analyze the country’s tourism patterns and quantify the country’s wildlife, reported Stanford News. The satellite images provided the researchers with the locations of lodging and hotels, as well as land use information. The team also looked at information from the social birdwatching app eBird. The combination of this data allowed the researchers to locate the most popular tourist areas.

“People often consider wildlife and infrastructure to be at odds with one another, but our approach shows that isn’t necessarily true,” said postdoctoral researcher at Princeton University and co-lead author of the paper Jeffrey Smith, who was a Ph.D. student at the Stanford Natural Capital Project during the research, as Stanford News reported. “This technology allows countries to understand how infrastructure and nature can be interwoven at a much finer scale to support both the economy and biodiversity. For example, instead of assuming an area of land can only be used as a nature preserve or a megaresort, planners can consider options like ecolodges, which are profitable and more wildlife-friendly.”

The research points to the possibility of making parks like the country’s Barra del Colorado Wildlife Refuge more accessible, without endangering species’ habitat, by adding trails or nearby lodging that is eco-friendly.

Balancing the potential revenue from tourism with the protection of a wide array of species has to be a priority in making certain decisions for a country like Costa Rica, the researchers said. And thinking long-term about the preservation of wildlife habitat when planning new development is key. Tourism can also have a protective factor against poaching and other unlawful activities like hunting.

“We found a win-win in this research – that tourists are drawn not just to sun and beaches, but actually to places with more wildlife,” said co-founder and faculty director at the Stanford Natural Capital Project and the paper’s senior author Gretchen Daily, as reported by Stanford news. “While the balance between expanding tourism and protecting the natural assets that attract visitors needs to be handled carefully, especially considering the ruinous effects of overdevelopment, this research demonstrates how tourism can be a major driver toward green development in countries around the world.”

The Costa Rican government will continue to use new satellite data to track patterns in tourism to inform future plans for the country. The information they compile will be reported to the United Nations System of Environmental Economic Accounting as an aid to their country’s objectives regarding sustainable development.