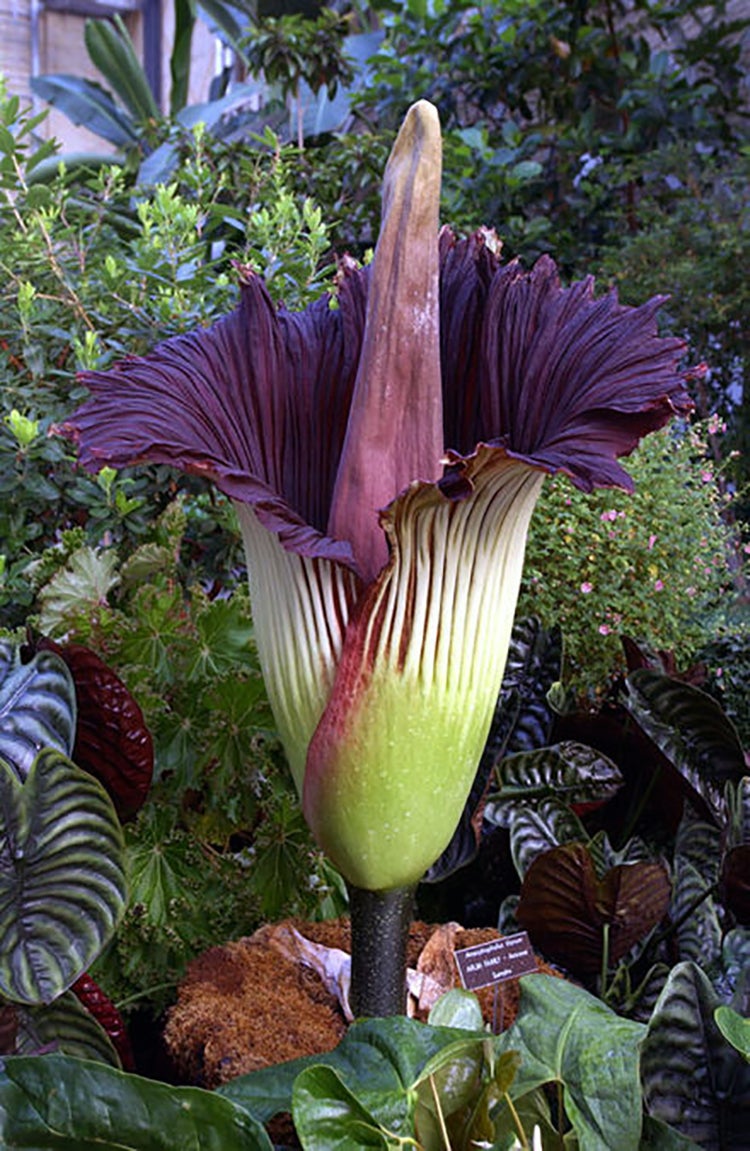 The corpse flower, best know for its terrible smell, is blooming in two locations in the U.S. But you might not want to stop and smell this flower. 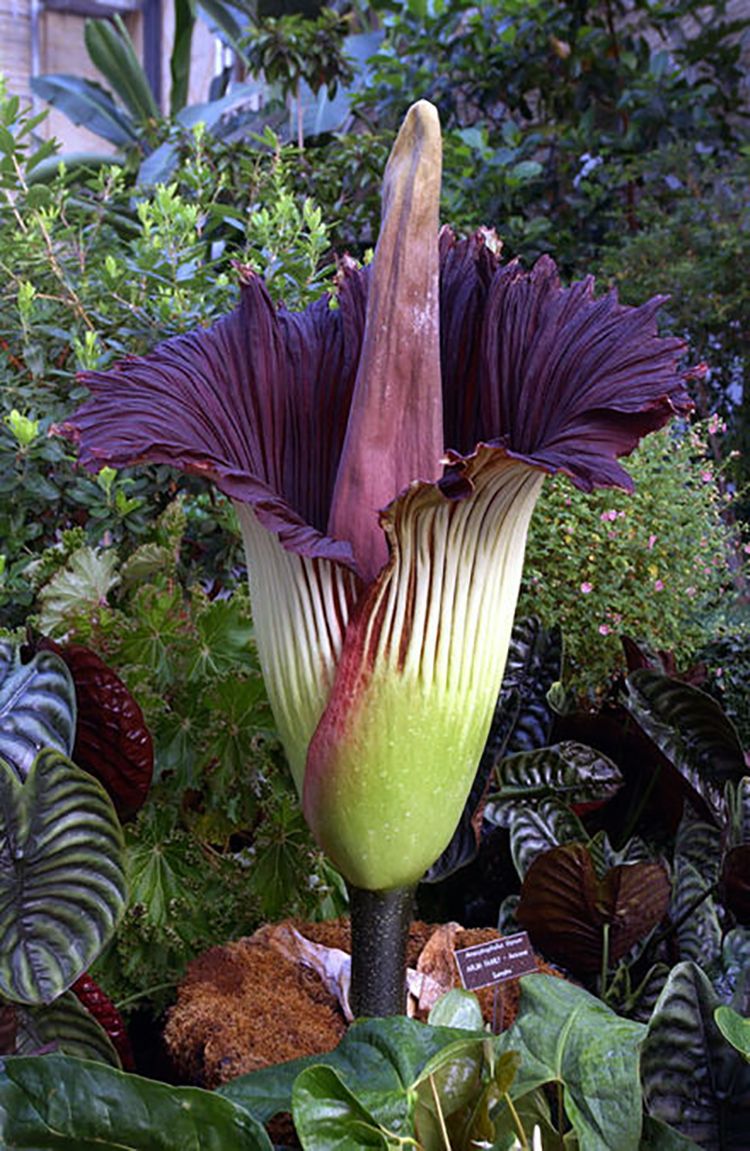 Brave soles—or those that don’t have a sense of smell—can bare witness to this once-a-decade event at New York Botanical Garden and the U.S. Botanic Garden in Washington, DC. The flower only blooms for about 24 to 48 hours. The New York corpse flower is currently in bloom, but Washingtonians are still awaiting their chance to see one of the world’s largest and rarest flowers, which is expected to bloom any time between July 28 and 31.

“When it blooms, the corpse flower will release a scent that’s been compared to the odor of rotting flesh,” Marc Hachadourian, manager of New York Botanical Garden’s Nolen Greenhouses, told The Huffington Post. “It’s foul and nasty, but the plant does this to attract pollinators that are attracted to dead animals.”

Jasmine. That’s a plus. Pollak said the corpse flower does have a scientific reason behind its terrible smell.

“The smell, color and even temperature of corpse flowers are meant to attract pollinators and help ensure the continuation of the species,” he told Live Science.

Dung beetles, flesh flies and other carnivorous insects are the corpse flower’s primary pollinators. These insects, which usually eat dead flesh, are attracted by the smell and the dark burgundy color of the flower’s petals.

“Corpse flowers are also able to warm up to 98 degrees Fahrenheit (36.7 Celsius) to further fool the insects,” Pollak said. “The insects think the flower may be food, fly inside, realize there is nothing to eat, and fly off with pollen on their legs. Once the flower has bloomed and pollination is complete, the flower collapses.”

The corpse flower was first discovered in Sumatra in 1878 by Italian botanist Odoardo Beccari. The plant, which grows in the wild only in Asia, is becoming increasingly rare due to deforestation, pollution, farming and other factors that decrease its natural habitat.

The pungent flower can grow between 10 and 15 feet. Its leaves can be as big as 13 feet wide. The tallest bloom recorded, according to the Guinness Book of World Records, was a corpse flower measuring 10 feet 2.25 inches, blooming on June 18, 2010 at Winnipesaukee Orchids in Gilford, New Hampshire.

If you don’t want to endure the stench, New York Botanical Gardens has a live cam of the flower. You can watch others suffer the smell as you sit comfortably at home or work, hopefully smelling something better: