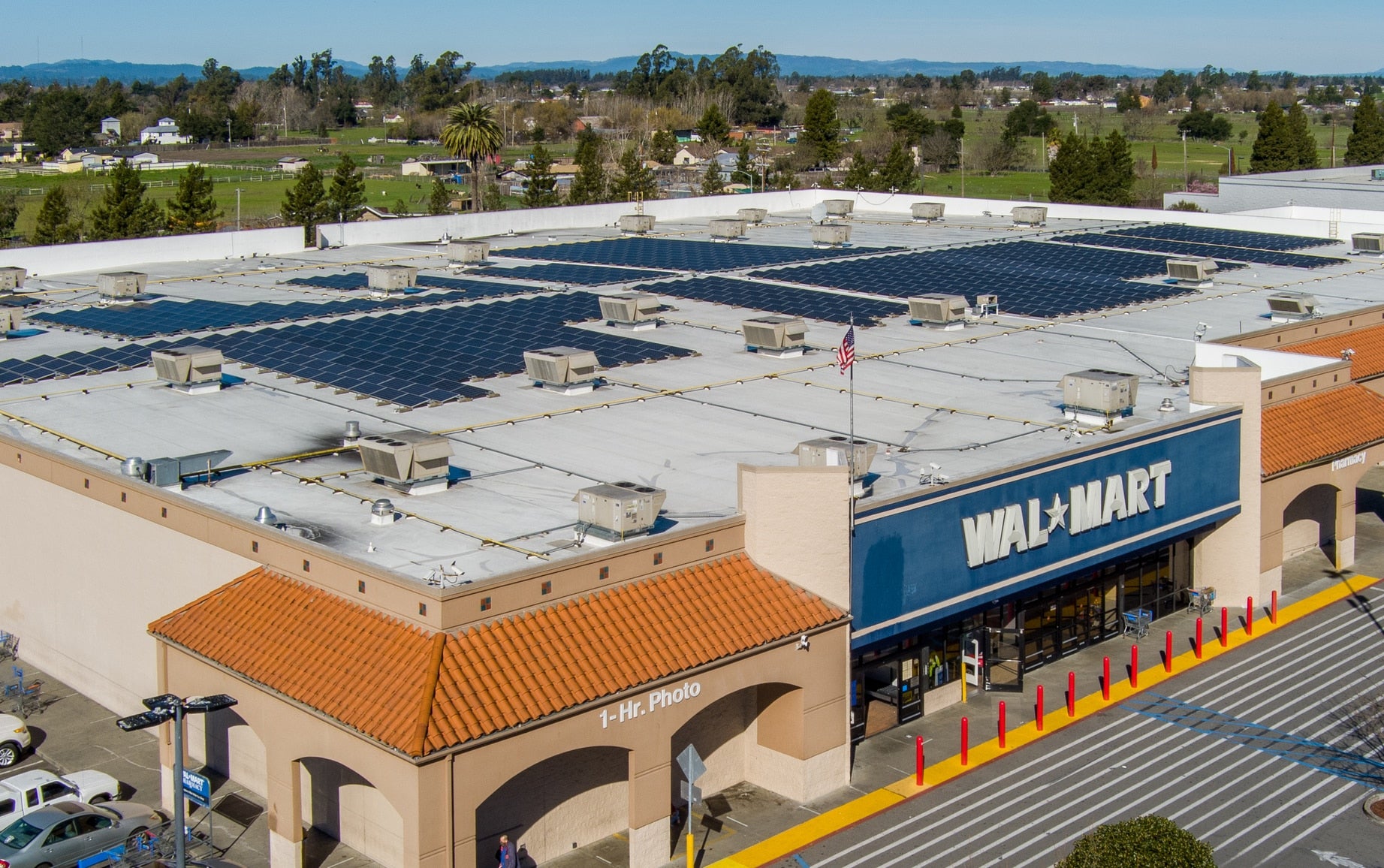 The renewable energy movement still has ways to go to meet the ambitious climate goals set by the Biden Administration. But, we celebrate wins where we can.

The U.S. currently produces the world’s second-highest amount of solar power, lagging only behind China. As of the end of 2021, the U.S. had produced 95,209 megawatts (MW) of solar energy — that’s enough to power 18 million households.1

For much of that progress, we have American companies to thank. We know EcoWatch is not usually applauding big corporations for helping the planet. And we’re not saying that their solar adoption erases their climate wrongdoings, either.

But again, we celebrate wins where we can. And American companies are installing record levels of solar installations to power their operations. These corporations now account for 14% of all installed solar capacity in the U.S. — more than 19 gigawatts (or 19,000 MW) in total — according to the Solar Means Business 2022 Report.2

Without further ado, these are the top 10 corporate solar adopters of 2022:

Meta is the trailblazing corporate supporter of the solar world. As of June 2022, the company had installed more than 3,588 MW — or roughly 3.59 GW — of solar power. That’s more than three times more solar than the next closest company, Amazon.

In case you’re not familiar, Meta is the company formerly known as Facebook, Inc. The multinational technology company owns most of your favorite phone apps, like Facebook, Instagram and WhatsApp, along with several other products and services.

Trailing more than 2,400 megawatts behind Meta, Jeff Bezos’ empire Amazon takes the No. 2 spot in terms of solar installation. Rooftop solar is part of Amazon’s Climate Pledge plan to be carbon neutral by 2040.

Along with solar, Amazon has a goal to acquire 100,000 electric delivery vans and plans for 80% of its energy use to come from renewable sources in five years and transition to net zero emissions by 2030.3

The two-time former solar champion dropped in rank this year due to bigger pushes by Amazon and Meta, but Apple still has a seat in the top three corporate solar adopters for 2022 with 987 MW installed.

We anticipate Apple to climb back up in the coming years, though. Earlier this year, 213 of the company’s major manufacturing partners pledged to power all Apple production with renewable electricity across 25 countries. Similar to Amazon, Apple also has a goal to become carbon neutral by 2030.4

At 689 MW, retail megachain Walmart produces the most energy of any non-tech company. In 2019, Walmart actually increased its solar use by 35% — more than any other U.S. company.

Aside from solar, Walmart is a big investor in wind energy as well, procuring the most wind energy of any company in the U.S. in 2019. The big-box retailer also has a goal to be powered by 100% renewable energy by 2035.5

Microsoft is lacking in solar adoption compared to its big competitor Apple, but 551 MW is enough to put it in fifth place.

The tech company announced a partnership with Volt Energy back in 2021 in an effort to meet its goal of 100% renewable energy by 2025.6 Microsoft’s campus in Silicon Valley has a massive solar installation, allowing the company to save over $100,000 per year in electricity costs.7

Trailing just behind Microsoft with 515 MW of solar installed is another big retailer: Target.

In 2020, Target met its goal to add rooftop solar panels to 500 locations within five years. The retailer is also more than a quarter of the way toward its goal of having 100% of its electricity coming from renewable sources by 2030.8

This is likely the first company on the list that you don’t immediately recognize. Agricultural giant Cargill, Incorporated is a privately held American global food corporation that brings food, agricultural, financial and industrial products to people who need them around the world.

Cargill installed 342 MW of solar as of June 2022, helping to make progress toward its goal of reducing 10% of its greenhouse gas emissions by 2025.9

Healthcare giant Kaiser Permanente installed a massive 2.3 MW solar panel array at its Sacramento facility in 2020, the biggest of the company’s 41 solar projects. As of mid-2022, Kaiser Permanente now has 303 MW of solar capacity installed.

Aside from installing solar panels, Kaiser Permanente has taken other steps toward supporting solar energy, like awarding a $150,000 grant to GRID Alternatives.10

One of America’s favorite brewing companies has already met its goal of sourcing 100% of its purchased electricity from renewable resources by 2025 — thanks in part to its 301 MW of solar installed.11

Anheuser-Busch has a 222 MW solar farm in Texas, as well as a 152 MW wind farm in Oklahoma.

Trailing just behind Kaiser Permanente and Anhuser-Busch is Evraz North America with 300 MW of solar capacity installed. Evraz is a leading producer of engineered steel products for rail, energy and industrial markets.

While Evraz just made the cut for the top 10 list, we anticipate this company will rise in the ranks once construction for its 300 MW solar farm in Colorado is complete.12

Commercial companies have installed roughly 19 GW of solar in the U.S. as of June 2022, but half of that was only installed since 2020.

With more solar projects in the works and company climate goals set with deadlines between 2025 and 2050, we can expect to see these numbers keep climbing. The SEIA estimates total commercial solar installations will double again over the next three years, with nearly 27 GW of off-site projects with corporate off-takers scheduled to come online by 2025.14

These Artists Are Turning Their London Street Into a Solar Power Station
The climate crisis, the energy crisis in Europe and rising
By Cristen Hemingway Jaynes
<strong>Rare Earth Minerals Are Abundant Enough to Fuel Green Energy Shift, Study Says</strong>
There are enough rare earth minerals to make the transition
By Cristen Hemingway Jaynes
Scientists Create Biodegradable Plastic Using Solar Energy
Scientists from Osaka Metropolitan University have found a way to
By Paige Bennett