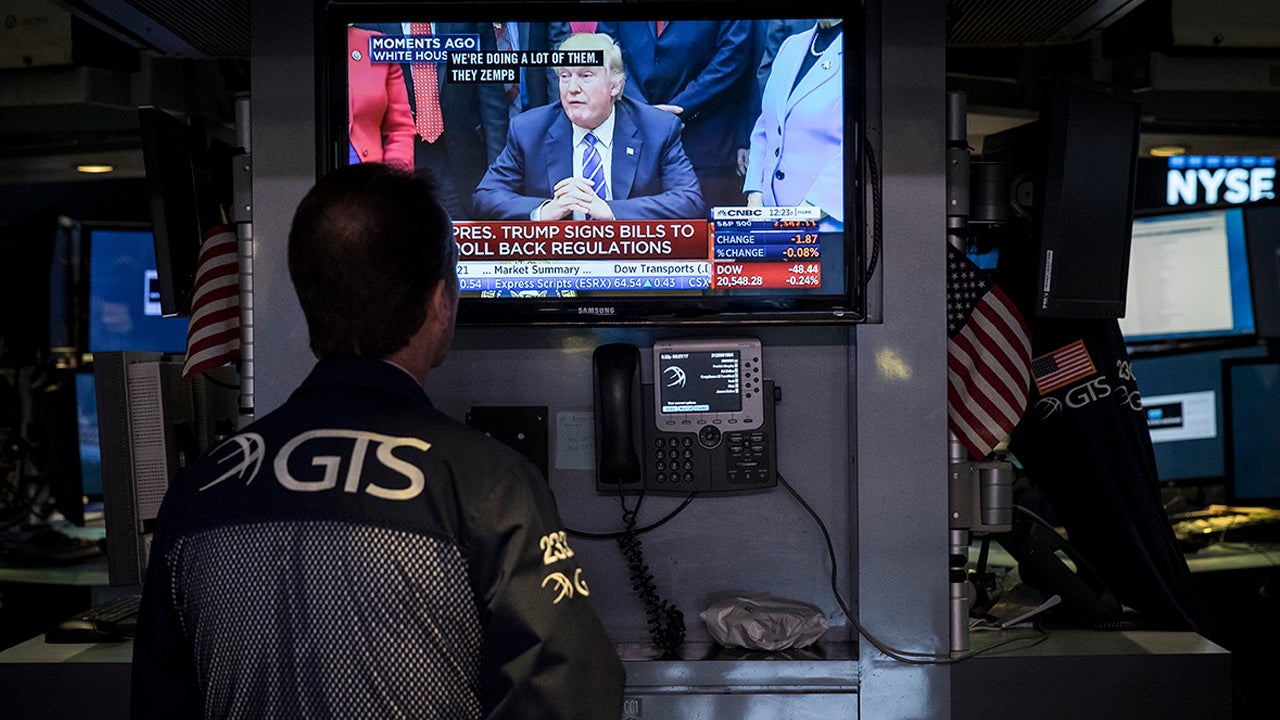 More than 2,200 businesses and investors have signed on to the “We Are Still In” pledge — even as Trump moves ever-closer to official U.S. withdrawal. The group standing behind the 2015 climate deal represents a whopping 70 percent of the country’s gross domestic product (GDP), and thousands more have joined other corporate climate and sustainability programs, such as the We Mean Business coalition and the Science-Based Targets Initiatives.

And while many corporations are still contending with their own outsize roles in creating the climate crisis (along with other environmental and social woes), many are already on their way to implementing the changes necessary to meet their carbon emissions targets.

Tech superpower Apple, for instance, is now running all of its facilities in 43 countries on 100 percent clean energy — in some cases sending surplus energy from its solar farms back to the local grid. Apple is also securing commitments from its suppliers to switch to renewables. Over in the fashion industry, sneaker giant Nike has committed to diverting 99 percent of its footwear manufacturing waste from landfills, making certain products with recycled plastic bottles, and reducing carbon emissions across its global supply chain by 30 percent by 2030.

Such commitments multiply daily, even as the Trump administration’s rollbacks of the most important federal climate policies continue try to steer America in a different direction: backwards. Here are just a few of the reasons companies are opting to move forward instead.

Trump often says that the Paris Agreement “punishes” the U.S., particularly its businesses, but he outright ignores the far more destructive economic force of climate change. According to a recent study from the National Bureau of Economic Research, a business-as-usual high-emissions scenario (like the one Trump touts) could result in a 7.2 percent drop in GDP per capita worldwide by the end of the century. Disruptions to global supply chains are already upon us, and as carbon pollution continues to collect in our atmosphere, more will come. Experts predict far-reaching impacts to the infrastructure that supports nearly all businesses, such as extreme weather affecting the transportation of raw goods and rising sea levels swamping the fiber-optic cables essential to the internet.

Of course, climate change will also jeopardize specific industries, such as winter sports (see: decreases in snowfall), and products, like your morning cup of coffee. In fact, it’s little wonder that Starbucks has also signed on to We Are Still In. Climate change may bring increasingly irregular growing seasons (and skyrocketing prices) for coffee beans on top of increased sick days for field workers exposed to extreme heat. Such concerns would apply to almost any business dependent on either agriculture or a global workforce, or both. According to a 2011 National Academy of Sciences report, for every additional degree Celsius that the planet warms, we can expect a 5 to 15 percent reduction in total crop yield.

While many corporations have spewed more than their fair share of carbon pollution, several are now taking the opportunity to have a supersize impact on emissions reductions. Look at the world’s two biggest retailers: Amazon and Walmart. Amazon says it will go carbon neutral by 2040, 10 years ahead of the Paris goals, and recently made moves to start transitioning its fleet of delivery trucks to electric vehicles. Soon after Trump took office, Walmart announced its Project Gigaton initiative, which set the ambitious goal of lowering the company’s global carbon emissions — by pressing for action on the part of its suppliers — by one billion metric tons before 2030. Walmart has since reported that it’s on track to meet its goal, which is no small feat: the entire U.S. emitted 6.5 billion metric tons of carbon in 2017.

Climate action is no longer seen as the enemy of economic progress. While the clean energy industry has known this for a while, the notion is (finally) catching on in other corners of the economy — and most excitingly it’s creating opportunities for market-disrupting innovation.

Take electric vehicles (EVs). While Trump fights the auto industry’s progress in manufacturing cleaner cars and trucks, countries such as China are investing in zero-emission vehicle technology at warp speed. According to a recent report by JP Morgan Research, China is expected to account for nearly 60 percent of all global EV sales by next year, and many Chinese businesses (the ride-sharing company Didi Chuxing, for example) are eager to profit while they help the world progress. The same goes for the folks behind other innovations — like plant-based faux meats, and energy-efficient fabrics made from coffee grounds, and petroleum-free plastics, and delivery vans fueled by food waste and … you get the idea. A poll by the data firm Nielsen showed that 81 percent of consumers feel strongly that companies should help improve the environment. The sustainability economy is booming — and climate-conscious Gen Z’ers and millennials are ready to buy accordingly.

At their best, corporate climate pledges open business practices up to public accountability and mark a first step toward real-life emissions cuts. At their worst, they provide a greenwashed shield behind which polluting companies can hide their status quo behaviors. Procter & Gamble, for one, boasts about the forest-friendly sourcing and certifications of its Charmin toilet paper (the company has no climate pledges to speak of). But in practice, P&G has been clear-cutting one of the world’s most important carbon sinks, Canada’s boreal forest, in the name of softer TP.