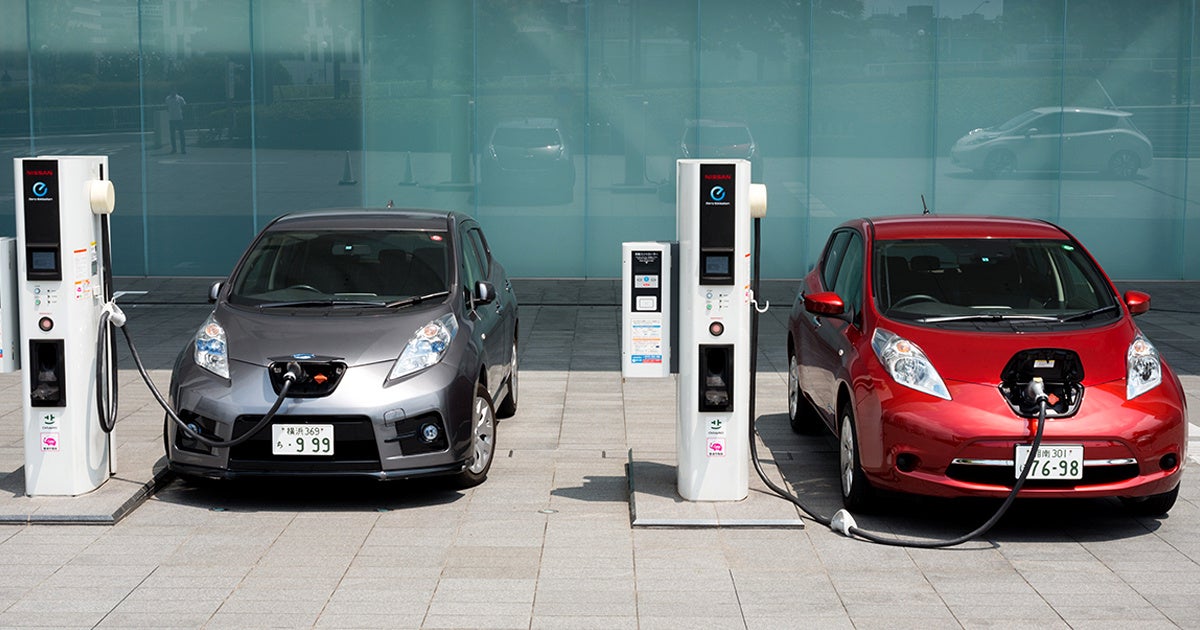 By Gina Coplon-Newfield and Sung-Jae Park

Recently, 10 major transnational corporations launched EV100, a new global initiative to slash emissions by increasing the number of corporate fleet electric vehicles (EV) on the road. EV100 companies, including Ikea, Unilever and HP, are committing to, by 2030, integrate EVs into their owned or leased fleets and install EV charging stations for customers and employees.

The full initial list of companies, many of which operate many thousands of fleet vehicles, includes: Baidu, Deutsche Post DHL Group, Heathrow Airport, HP Inc., IKEA Group, LeasePlan, METRO AG, PG&E, Unilever and Vattenfall. Vattenfall, the Swedish power company that serves most of Europe, intends to meet the campaign’s commitments, and then some. “Replacing our whole 3,500 car fleet with EV in the coming five years, working with our customers to deploy charging infrastructure, and building northern Europe’s biggest connected charging network, are three examples of actions we are taking to promote a sustainable and climate smarter living for customers and citizens,” Magnus Hall, CEO of Vattenfall, said.

EV100 is filling a gap created by the Trump administration. The U.S. Department of Energy (DOE) under the Obama administration set up the Workplace Charging Challenge, which provided technical assistance to hundreds of companies, agencies and organizations small and large interested in installing EV charging stations for employees and customers, adding EVs to their fleets, and otherwise accelerating EV adoption. Members included the Coca-Cola Company, Kohl’s and Pacific Gas & Electric. However, the Trump administration has ended the program. Some of the program’s information is still available on the web, and there are other important DOE advanced vehicle technology programs that appear to exist (for now), but the Trump DOE is no longer taking new members of the Workplace Charging Challenge or otherwise actively supporting workplaces for EVs. This, despite the fact that an employee is at least six times more likely to drive electric if there is access to a charging station at their workplace, according to a survey by the previous administration’s DOE.

Other private small-scale efforts are working to scale up corporate engagement on EVs. For the past few years, Plug In America and Reach Strategies been hosting “ride and drive” EV showcase events at business locations, such as the Google campus, to inspire workplaces to install charging stations to better accommodate and increase the usage of EVs.

The transportation sector is the fastest-growing contributor to climate change, accounting for 23 percent of global energy-related greenhouse gas (GHG) emissions. In the U.S. this number is even higher, transportation is now the largest single source of carbon emissions. But electric vehicles, with no tailpipe emissions, are a clean alternative to the traditional vehicles that pump out dangerous pollution that leaves our air dirty, our families sick and our climate in peril. Even factoring in the emissions from the electricity used to power EVs, they are lower in GHG emissions than conventional vehicles. As we shift to more renewable sources of electricity, EVs become even cleaner over time.

The EV100 initiative is organized by The Climate Group, a non-profit networking organization focused on building relationships with world businesses in order to reduce net greenhouse gas emissions all the way down to zero. Founded in 2004, the Climate Group has grown to incorporate more than 80 multinational businesses across the entire world. Over the past few years, they have worked as a member of We Mean Business, a global coalition of business leaders focused on taking action on climate change. Through this relationship, The Climate Group has launched a number of campaigns to accelerate renewable energy and clean energy production. Helen Clarkson, CEO of The Climate Group, said, “We want to make electric transport the new normal … EV100 will use companies’ collective global buying power and influence on employees and customers to build demand and cut costs. The members being announced today see the business logic in leading a faster transition and addressing local air quality issues in their markets.”

Meanwhile, transit fleet leaders are considering a shift to zero emission buses. LA Metro, for example, which operates the second largest bus fleet in the U.S., just committed to switch to all zero emission buses by 2030. And individuals are making the switch too. In September of 2017, electric car U.S. sales—mostly among individual consumers—rose 24 percent over September of 2016. But to meet our climate and public health goals, we need to rapidly accelerate EV adoption by individuals, corporations and transit agencies.