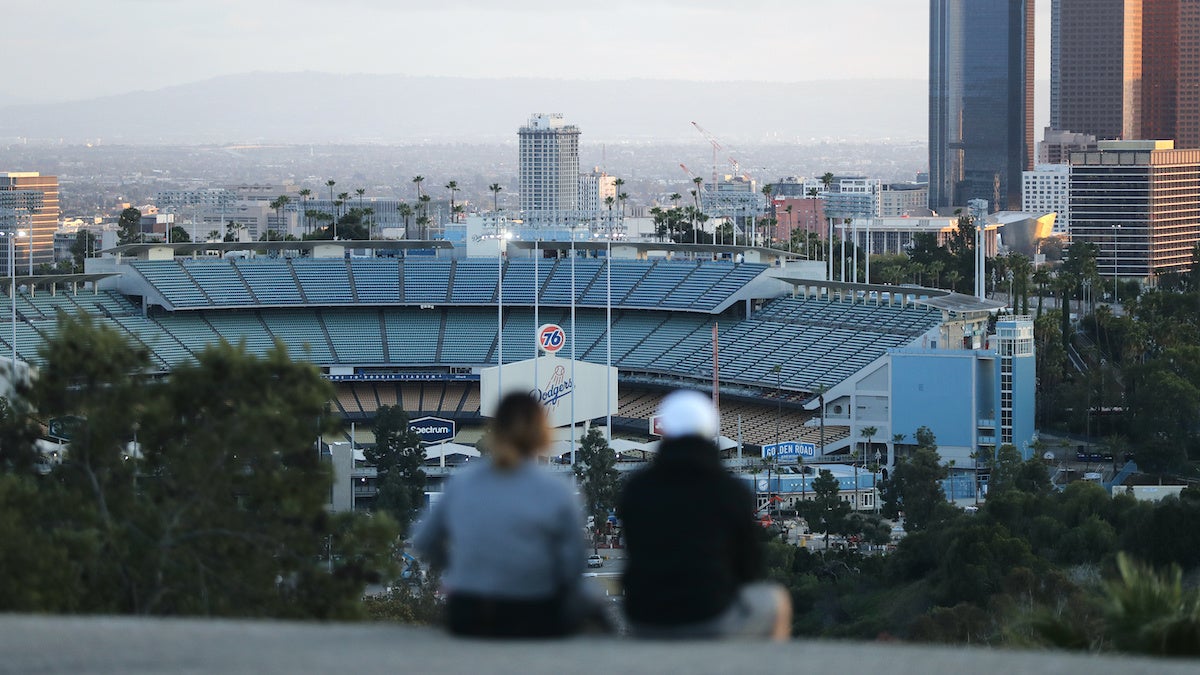 People sit on a hill overlooking Dodger Stadium on what was supposed to be Major League Baseball's opening day, postponed due to COVID-19, on March 26, 2020 in Los Angeles, California. Mario Tama / Getty Images

A new study has confirmed the efficacy of wide-scale shutdowns and restrictive social distancing measures to contain the outbreak of the novel coronavirus that leads to COVID-19.

The staggering numbers of cases that would have been experienced and further overwhelmed the health care system include 60 million in the U.S. and 285 million in China, according to the study.

In addition to the 340 million cases the U.S. and China avoided, the study estimated that without restrictive policies in place from January through April, there would be:

To reach the estimate, the researchers used a well-established economic technique that is commonly used to measure the effect of events on economic growth. “This technique aims to measure the total magnitude of the effect of changes in policy, without requiring explicit prior information about fundamental epidemiological parameters or mechanisms, many of which remain uncertain in the current pandemic,” the study reads. Previous work looking at influenza has shown that this technique is accurate for estimating infection rates, according to the study.

While the study period ended on April 6, the orders to shelter-in-place long after April 6 have likely led to many millions more infections avoided, the study’s lead author, Solomon Hsiang, a professor and director of the Global Policy Laboratory at the University of California, Berkeley, said in a press release on Monday, as CNN reported.

“The last several months have been extraordinarily difficult, but through our individual sacrifices, people everywhere have each contributed to one of humanity’s greatest collective achievements,” Hsiang said in the press release, according to CNN.

“I don’t think any human endeavor has ever saved so many lives in such a short period of time. There have been huge personal costs to staying home and canceling events, but the data show that each day made a profound difference. By using science and cooperating, we changed the course of history.”

On Monday, Nature also published another study from epidemiologists at Imperial College London. As The Washington Post reported, that study estimated that the shutdowns saved about 3.1 million lives in 11 European countries, including 500,000 in the United Kingdom, and dropped infection rates by an average of 82 percent, which was enough to drive the contagion well below epidemic levels.

The two studies provide fresh evidence that the severe economic sacrifice the COVID-19 shutdowns caused were worth it to save many millions of lives. However, Samir Bhatt, the lead author the latter study, cautioned that the virus has only infected three to four percent of the people in the countries they studied. That makes most of the population highly susceptible to the contagion, as The Washington Post reported.

“This is just the beginning of the epidemic: we’re very far from herd immunity,” Bhatt said Monday in an email, as The Washington Post reported.

“The risk of a second wave happening if all interventions and precautions are abandoned is very real.”