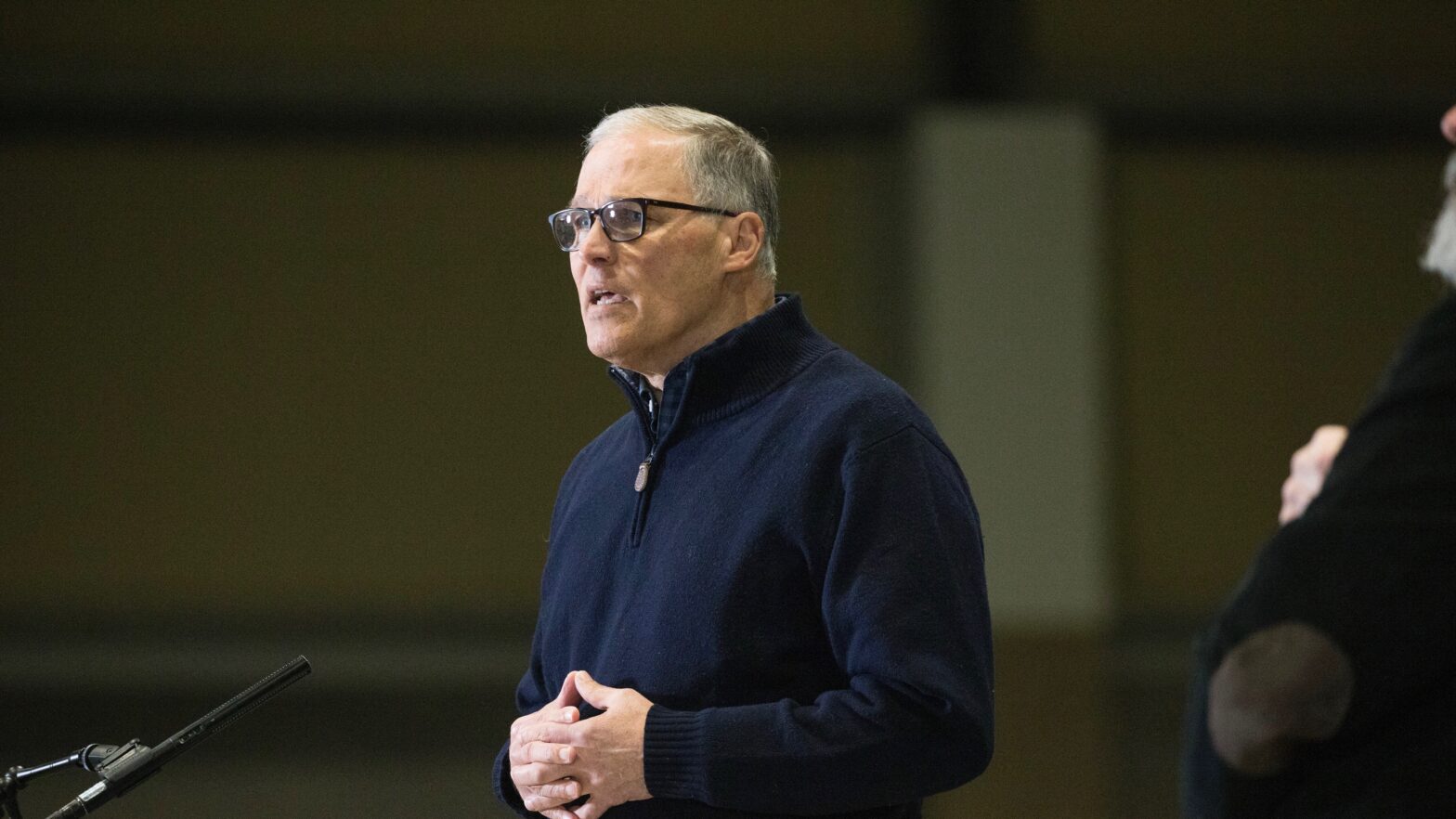 Washington State Governor Jay Inslee and other leaders speak to the press on March 28, 2020 in Seattle. Karen Ducey / Getty Images

Washington State has seen a slowdown in the infection rate of the novel coronavirus, for now, suggesting that early containment strategies have been effective, according to the Seattle NBC News affiliate.

While Seattle was the early epicenter of the outbreak in the U.S., the number of deaths and positive cases there has started to slow down. The number of positive COVID-19 cases continued to rise — however, slower than in other states — as there 568 new cases on Sunday, bringing the state’s total to 4,896, with a death toll of 195, up six from Saturday, according to The Seattle Times.

While 37 of the first 50 coronavirus deaths happened in Seattle, the state has kept its streets empty, its businesses shuttered, and its hospitals from being overwhelmed. Statistical models have shown state officials that the virus is decreasing its spread recently. The model showed that each infected person was spreading the virus to an average of 2.7 other people earlier in March, but that number appears to have declined down 1.4, according to one projection, as The New York Times reported.

The new data and new projections were put together by the Institute for Disease Modeling, a private research group in Bellevue, Wash., that has been watching a variety of data points since the onset of the outbreak. While the initial projections are positive, officials exercised an abundance of caution before expressing optimism, since the data is slightly uncertain, according to The New York Times. Expansive social distancing will continue for some time.

Officials in Washington State first began to ask residents to keep their distance from one another at the end of February. That is when they learned several people had the virus in the Seattle area with no known exposure or history of foreign travel. That was followed by an outbreak at a suburban nursing home, which led to dozens of deaths, according to The New York Times.

“We made a huge impact — we slowed the transmission,” Seattle’s mayor, Jenny Durkan, said in an interview, as The New York Times reported. However, she was clear that lifting restrictions would cause the number of cases to rise quickly. She predicted that social distancing in one form or another will continue for several months.

“There is evidence that doing the aggressive measures can have a benefit,” Inslee said in an interview, as The New York Times reported.

Inslee has heard from some residents that the actions taken to reduce the spread of coronavirus, including the stay-at-home order, are overly restrictive, damaging to the economy and not necessary.

“We are only in the first two weeks and people need to understand that order may need to be extended,” he said, as the Seattle NBC News affiliate reported. “We cannot allow this virus to be slowed, then spring back upon us. We’ve got to pound it and pound it ’till it’s done.”

The governor added that the way for the economy to recover— including reopening the bars, restaurants, hair salons, construction sites and other day-to-day business — is to get rid of the virus.

“There’s no way we can have an economy and have it ravaging us for years,” according to the Seattle NBC News affiliate.

“It would be grossly irresponsible to stop these measures now,” Mr. Inslee said as The New York Times reported.