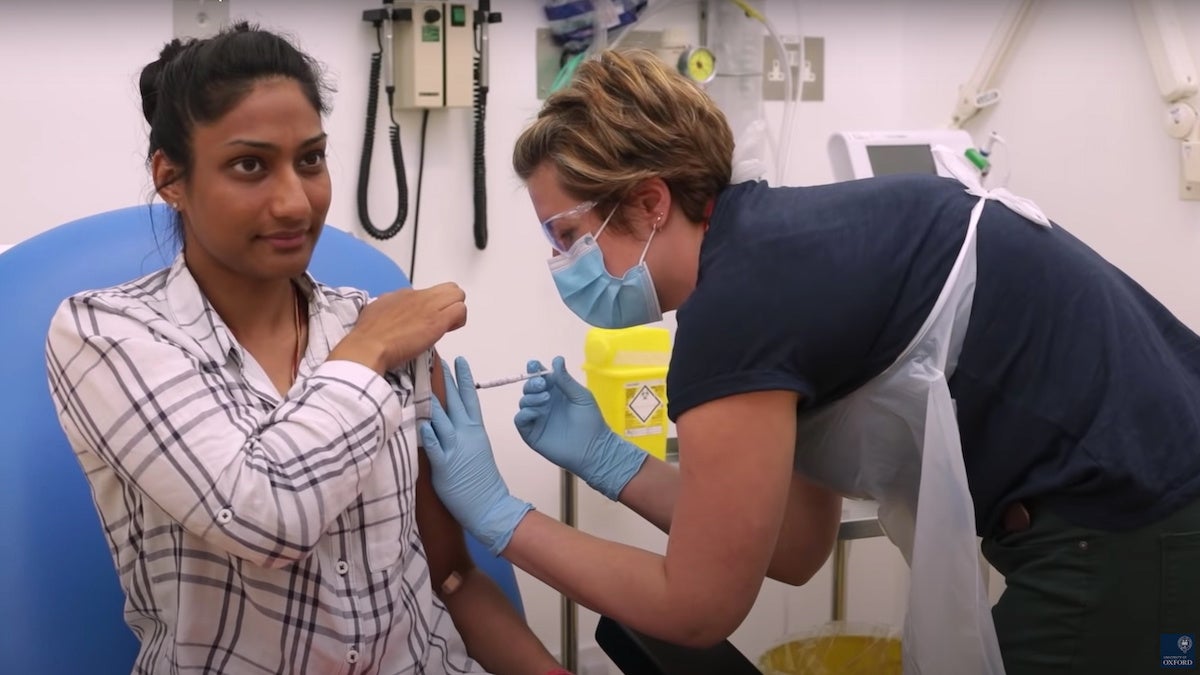 The science community delivered good news to the world Monday as results from three different coronavirus vaccine trials all reported positive results, with all of them showing evidence that the vaccines are safe and can produce long-lasting immune responses that would protect against infection, as CNN reported.

One study, published in the British medical journal The Lancet, involved 1,077 volunteers, and was described as “promising.” That study was a joint effort from the University of Oxford in the UK and the British-Swedish pharmaceutical giant, AstraZeneca. Both the U.S. and European governments have invested heavily in that study, according to The Washington Post.

A second report, also published in The Lancet, showed that a Chinese vaccine had modest positive results, according to The Washington Post.

The third trial is a joint venture between the drug giant Pfizer and the German company BioNTech, according to The New York Times. They shared results online before peer review, and invited comparisons to the biotech company Moderna, which uses a similar technology and released early results last week.

“They all look really good,” said professor Stacey Schultz-Cherry of the St. Jude Children’s Research Hospital, arguing that more than one vaccine would be necessary to address the needs of varying demographic groups, as The New York Times reported.

The British researchers at the University of Oxford said their vaccine produced antibodies and killer T-cells to combat the infection that lasted at least two months. As CNBC reported, neutralizing antibodies is important to gain protection against the virus, scientists believe. The scientists did detect neutralized antibodies in the study participants. The vaccine prompted an antibody response within 28 days and a T-cell response within 14 days. Neutralizing antibodies were detected in most participants after one shot, and in all of them after two.

The T-cell response did not increase with a second dose of the vaccine, the researchers said, which is consistent with other vaccines of this kind.

“The immune system has two ways of finding and attacking pathogens — antibody and T cell responses,” Oxford professor Andrew Pollard said in a release, as CNBC reported. “This vaccine is intended to induce both, so it can attack the virus when it’s circulating in the body, as well as attacking infected cells. We hope this means the immune system will remember the virus, so that our vaccine will protect people for an extended period. However, we need more research before we can confirm the vaccine effectively protects against SARS-CoV-2 infection, and for how long any protection lasts.”

While researchers said the results were promising, large-scale trials are still needed.

“What this means is that each of these vaccines is worth taking all the way through to a Phase III study,” said Dr. Peter Jay Hotez, a vaccine researcher at the Baylor College of Medicine, to The New York Times. “That is it. All it means is ‘worth pursuing.'” Phase III trials test how well a drug works.

One of the large-scale trials may start in India, according to The Washington Post, which currently has more than 1.1 million coronavirus cases, the third-highest rate of infection in the world.