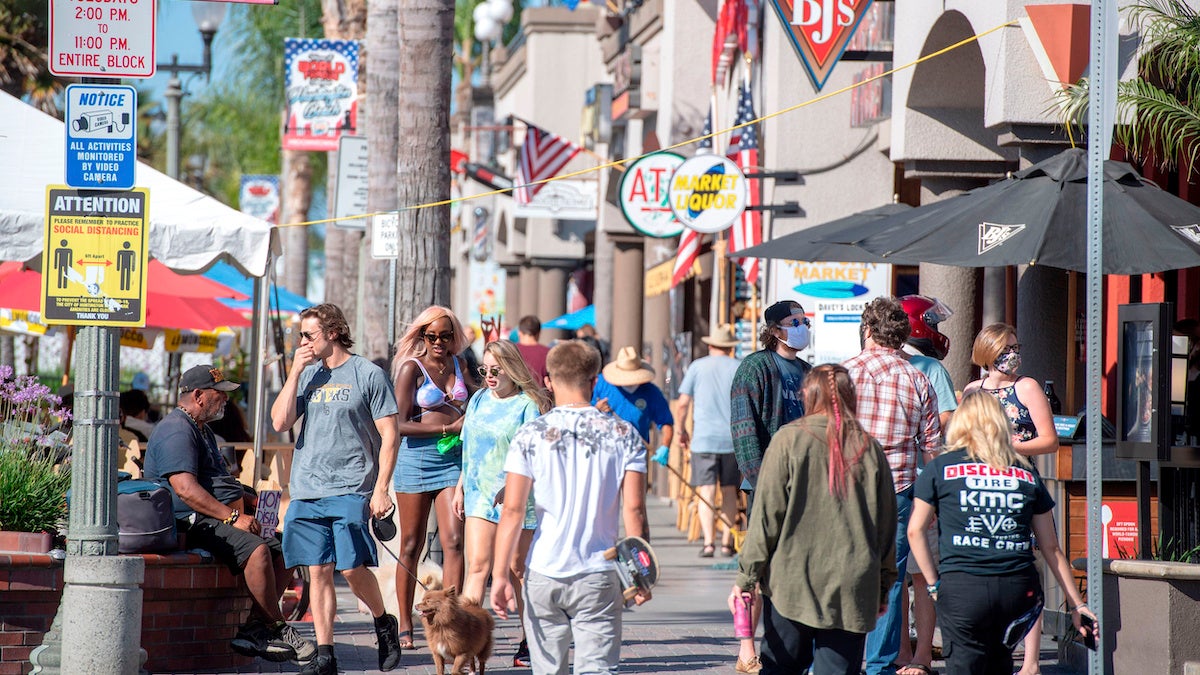 A new study released by the Centers for Disease Control and Prevention (CDC) shows that the number of people infected with the coronavirus could range anywhere from two to 13 times higher than the number of cases that have been reported, as The New York Times reported.

The new data, published in JAMA Internal Medicine, shows that asymptomatic carriers are spreading the disease at much higher rates in certain regions than previously thought. Since January, the CDC has asked states to report all confirmed cases of the novel coronavirus. However, many people have positive antibodies, signaling that they had the infection, even though they never had any symptoms. Those people unwittingly spread the virus, as ABC News reported.

The information about antibodies was gleaned from blood samples drawn from 10 different regions of the country, including New York, Utah, Washington state and South Florida, according to The Washington Post. The samples were collected in different periods in two rounds. The first was in early spring as the virus was taking root in the U.S., and the other several weeks later, ending in early June.

The analysis, based on antibody tests, is the largest of its kind so far, building upon local studies in a subset of cities.

“These data continue to show that the number of people who have been infected with the virus that causes Covid-19 far exceeds the number of reported cases,” said Dr. Fiona Havers, the CDC researcher who led the study, as The New York Times reported. “Many of these people likely had no symptoms or mild illness and may have had no idea that they were infected.”

The data shows that New York City has the highest proportion of antibodies with 24 percent, still a long way from herd immunity. Epidemiologists believe 60 to 70 percent of the population needs to contract a virus and build up antibodies to achieve herd immunity, as The Hill reported.

While New York City had the highest rate of infection and antibodies, other parts of the country are far behind. The May and June data showed that only 2.8 percent of the people in Missouri have antibodies, while only 3.6 percent of the people in Philadelphia do, as The Hill reported. In Missouri, the prevalence of infections is 13 times the reported rate, which suggests the state missed most people with the virus, as The New York Times noted.

The results indicate that in large areas of the country, the coronavirus still has only affected a small fraction of the population. In Utah, for example, just over one percent of people had been exposed to the virus by early June. The rate was 2.2 percent for Minneapolis-St. Paul as of the first week of June, and only 1 percent for the San Francisco Bay Area at the end of April, according to The New York Times.

“The study rebukes the idea that current population-wide levels of acquired immunity (so-called herd immunity) will pose any substantial impediment to the continued propagation of [coronavirus] in the US, at least for now,” the JAMA authors wrote in an accompanying editorial.

“Most of us are likely still very vulnerable to this virus and we have a long way to go to control it,” Jennifer Nuzzo, an epidemiologist at the John Hopkins Center for Health Security who was uninvolved in the study, told The Washington Post. “This study should put to bed any further argument that we should allow this virus to rip through our communities in order to achieve herd immunity.”