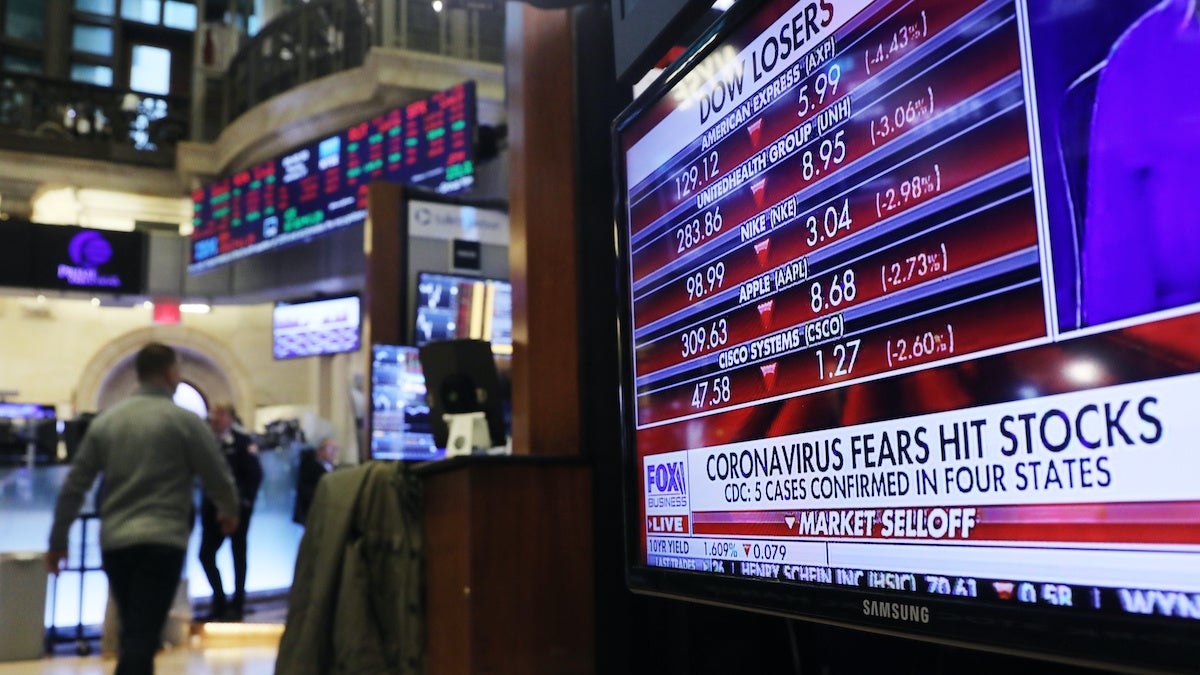 Fears of a financial meltdown at least on the scale of the 2008 crisis intensified Monday as global markets were gripped by panic resulting from the spread of the coronavirus across the globe and the ensuing oil price war launched by Saudi Arabia over the weekend.

“The fear today is about a global recession,” said Thomas Hayes, chairman of management firm Great Hill Capital, as markets headed for their worst day since the 2008 crash.

While some urged caution in interpreting the meaning of daily market fluctuations, analysts said there is reason to fear that a destructive economic crisis is on the horizon. Chris Weston, head of research at the Melbourne-based web trading platform Pepperstone, told The Guardian that “there is genuine panic” in the market, noting that he hasn’t “seen anything like this for years.”

Escalating market turbulence and warnings of a worldwide economic fallout came as the human toll of the coronavirus, officially known as COVID-19, continued to grow. In the U.S., the number of recorded cases surpassed 500 across 34 states and deaths rose to 22 as the Trump administration’s lack of preparedness was on full display Sunday morning.

Asked about the White House’s plan for the 3,500 passengers and crew members aboard the Grand Princess cruise ship — which is set to dock Monday at the Port of Oakland after 21 people on the vessel tested positive for COVID-19 — U.S. Housing and Urban Development Secretary Ben Carson insisted that “the plan will be in place.”

STEPHANOPOULOS: The Grand Princess is docking tomorrow. What's the plan for the 3,500 people on board?

BEN CARSON: They're coming up with one

C: The plan will be in place

S: Shouldn't you be able to say what it is?

U.S. President Donald Trump, for his part, told reporters Friday that he would prefer that the passengers remain aboard the Grand Princess because he doesn’t want “to have the numbers double because of one ship,” referring to the number of known coronaviruses cases in the U.S.

“This is 25th Amendment stuff,” tweeted Jamil Smith, senior writer for Rolling Stone. “Trump won’t let people infected off of a cruise ship and into quarantine because he likes ‘the numbers being where they are.’ He’d rather keep the numbers down than help these folks. This is literally the worst person to be in charge in this moment.”

Trump’s remarks came just hours after the president falsely claimed that his administration “stopped” the spread of coronavirus in the U.S.

Meanwhile, Italy on Sunday ordered what The New York Times described as “an unprecedented peacetime lockdown of its wealthiest region,” restricting movement for as much as a quarter of the country’s population as the country struggled to contain the coronavirus outbreak.

“The Italian outbreak — the worst outside Asia — has inflicted serious damage on one of Europe’s most fragile economies and prompted the closing of Italy’s schools,” the Times reported. “The country’s cases nearly tripled from about 2,500 infections on Wednesday to more than 7,375 on Sunday. Deaths rose to 366.”