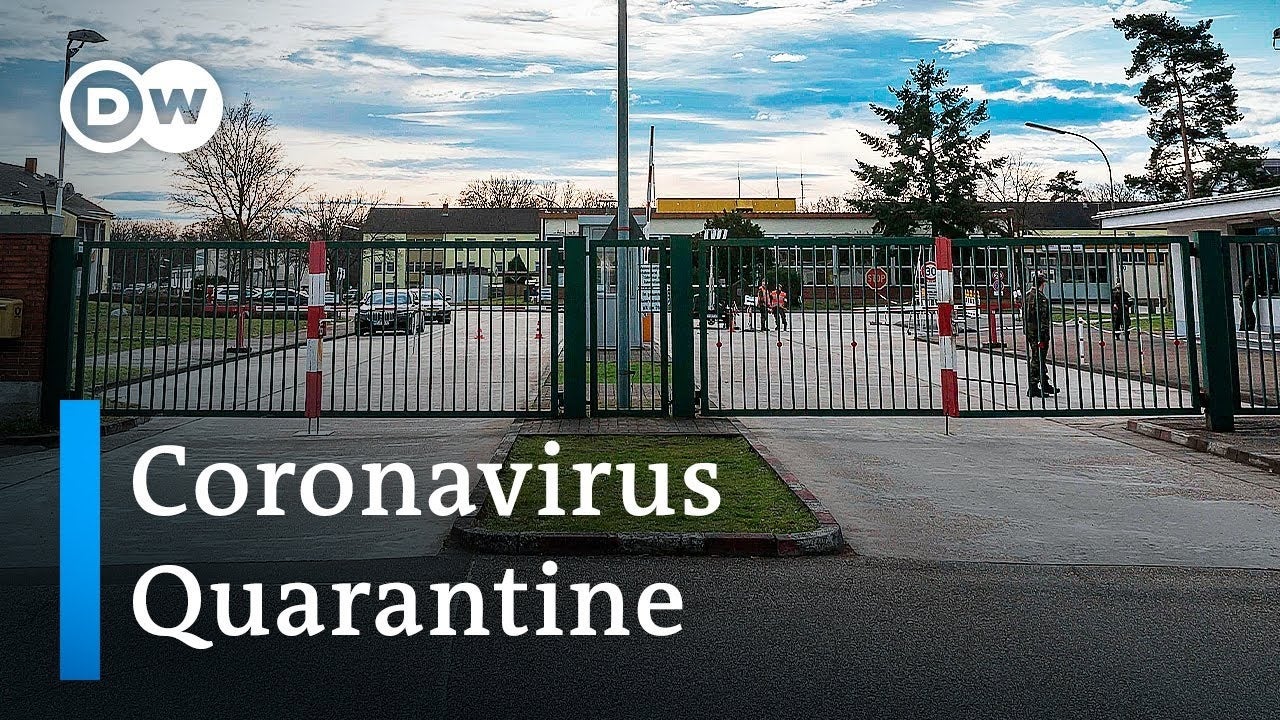 Yannik Weis was studying abroad in the Chinese city of Wuhan when a deadly new type of coronavirus broke out. He became one of over 100 people Germany evacuated from the area over the weekend.

Although he and many other German evacuees are feeling healthy and in good spirits, Weis told DW on Monday that coming back to Germany in light of the outbreak had been “stressful.”

He and 114 other evacuees are being kept in quarantine at a military base in the town of Germersheim, which is 120 kilometers (75 miles) south of Frankfurt. Weis said that they’ve been treated well at the base and that there “is a lot of medical support.”

Two of the German evacuees who were on the flight with Weis ended up testing positive for the virus and are currently being treated at a hospital in Frankfurt.

“Everybody in the airplane wore masks all the time. So I think the risk of getting infected there was very very small,” Weis said.

He added that he thinks the quarantine is a necessary step in order to stop possible spread of the outbreak.

Empty Streets ‘but No Panic’ in Wuhan

Prior to the outbreak and the subsequent orders to remain in doors, Weis said the busy metropolis of Wuhan was “full of life.”

“Everything was full of people. And suddenly after the outbreak … the streets were empty,” Weis noted.

He added that, despite the sudden shift in daily life in the city, people reacted calmly to the changes.

“Everyone was very silent and calm, but there was definitely no panic,” he said.

There have been 10 confirmed coronavirus cases in Germany so far, most of which are based in the southern state of Bavaria.

China has effectively shut down the city of Wuhan and many surrounding provinces and municipalities in a bid to halt the spread of the virus.

At least 361 people have died from the coronavirus so far, surpassing the SARS epidemic that left 249 dead between 2002 and 2003.

More than 17,000 people in China are currently infected, with more than 24 countries also reporting cases.