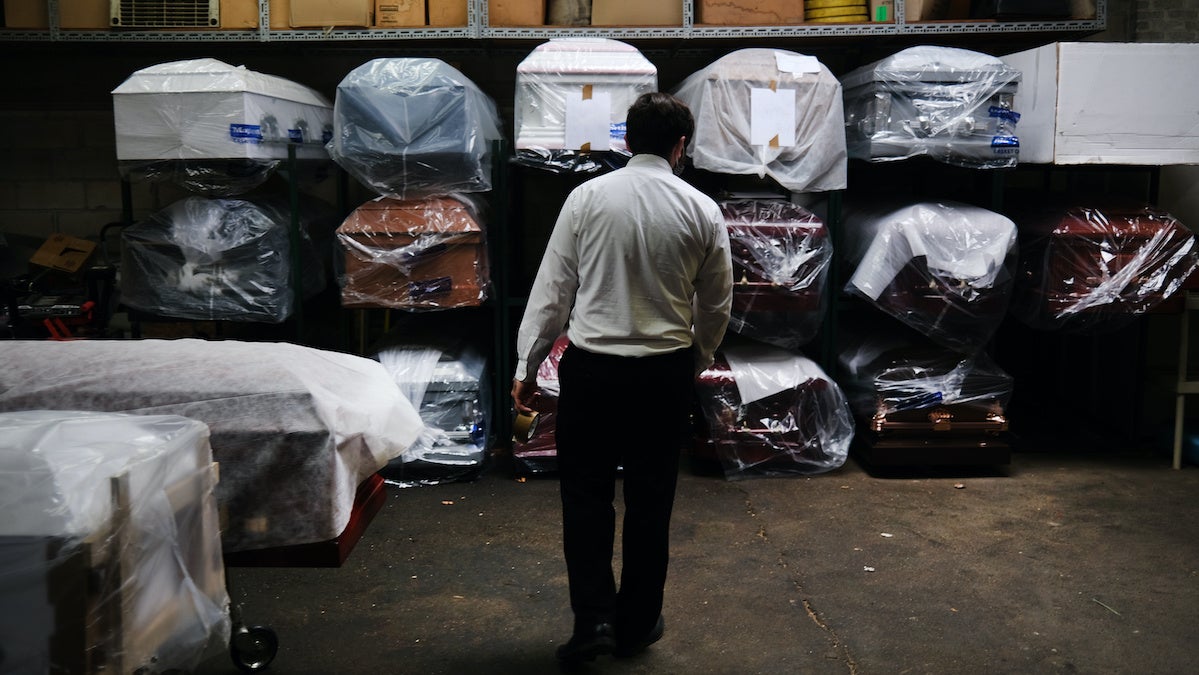 As President Donald Trump pushes for the U.S. economy to reopen, an internal administration document obtained by The New York Times and reported Monday shows federal agencies are projecting around 3,000 U.S. coronavirus deaths a day by June 1, almost doubling the current tally.

Also on Monday, the University of Washington’s Institute for Health Metrics and Evaluation (IHME) model, which is often cited by the White House, raised its death toll projection from around 60,000 to more than 134,000 by early August. The uptick was based largely on increased movement in U.S. states and the easing of social distancing measures planned in 31 states by May 11, the institute said in a statement.

As Prof. @AliHMokdad explained on @JohnKingCNN, the latest version of our model is affected by 4 key variables:

Meanwhile, Trump is hoping for an economic recovery in time for the November election, and spoke in favor of easing restrictions Sunday, as The Guardian reported.

“I really believe that you can go to parks, you can go to beaches … [if] you stay away a certain amount,” Trump said during a Fox News town hall.

However, the document obtained by The New York Times, which was put together by the Federal Emergency Management Agency (FEMA) based on modeling by the the Centers for Disease Control and Prevention (CDC), said that the daily tally of U.S. cases would rise from around 30,000 now to 200,000 a day by the end of May.

The White House quickly moved to distance itself from the document.

“This is not a White House document nor has it been presented to the coronavirus task force or gone through interagency vetting,” White House spokesman Judd Deere said in a statement reported by NPR. “This data is not reflective of any of the modeling done by the task force or data that the task force has analyzed. The president’s phased guidelines to open up America again are a scientific driven approach that the top health and infectious disease experts in the federal government agreed with. The health of the American people remains President Trump’s top priority and that will continue as we monitor the efforts by states to ease restrictions,” Deere continued.

The White House has issued guidelines for states as they reopen, according to The New York Times. They are supposed to meet certain criteria, such as a decrease in cases or in people testing positive over 14 days. However, of the 27 states that had begun to ease social distancing requirements as of Monday, seven of them did not meet that criteria.

The novel coronavirus has so far sickened at least 1,180,634 people in the U.S. and killed at least 68,934, according to data compiled by Johns Hopkins University as of Tuesday morning. That is already more than Trump’s earlier prediction of 65,000 total U.S. deaths.