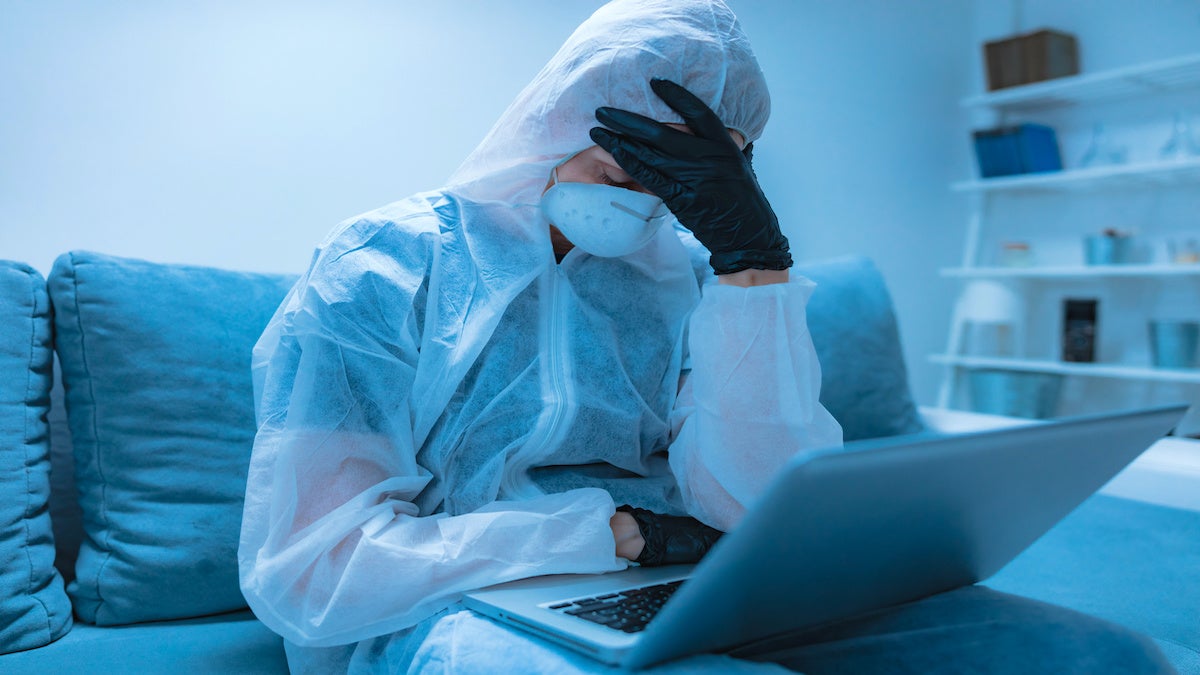 The widely circulated video makes unsubstantiated medical claims about the coronavirus and it features Judy Mikovits, a discredited scientist and activist in the anti-vaccine campaign.

In the 26-minute video, which is billed as an extended trailer for a longer documentary that the filmmakers say “will expose the scientific and political elite who run the scam that is our global health system,” Mikovits contends that wearing masks activates the coronavirus within people, without providing evidence, and criticizes orders to stay away from beaches, as Reuters reported.

“Suggesting that wearing a mask can make you sick could lead to imminent harm, so we’re removing the video,” Facebook said, according to Reuters.

A YouTube spokesperson said the company removes “content that includes medically unsubstantiated diagnostic advice for covid-19,” which includes the “Plandemic” video. A Vimeo spokesperson said the company “stands firm in keeping our platform safe from content that spreads harmful and misleading health information. The video in question has been removed by our Trust & Safety team for violating these very policies,” as The Washington Post reported.

Despite efforts to remove it, changing the name slightly, misspelling search terms, or altering the video slightly has allowed plenty of lengthy clips to pass through the AI filters, as TechCrunch reported.

The video uses high-production value to cater to a number of topics that strike a chord with online conspiracy-theorists, filtering most claims through a lens that vaccines are simply a money-making plan put forth by greedy pharmaceutical companies and they cause more harm than good, as TechCrunch reported.

Plandemic videos racked up a combined 4.7 million views on YouTube on Monday and Tuesday, according to BuzzSumo, a social media tool, as CNET reported.

In the video Mikovits, who has said Dr. Anthony Fauci should be charged with treason, vociferously criticized the nation’s leading infectious disease doctor and also suggested the virus had been engineered, saying it wasn’t a “natural occurrence.” As CNET reported, scientists widely believe the virus jumped from animals to human beings, and the U.S. intelligence community took the unusual step of publicly saying it believed the virus wasn’t “manmade or genetically modified.”

According to TechCrunch, “To the uninformed viewer, Mikovits might appear to ably address scientific-sounding topics, but her own scientific credentials are extremely dubious. In 2009, Mikovits authored a study on chronic fatigue syndrome that was retracted by the journal Science two years later when an audit found “evidence of poor quality control” in the experiment and the results could not be replicated in subsequent studies. That event and her subsequent firing from a research institute appear to have kicked off her more recent turn as an anti-vaccine crusader, conspiracist and author.”

Her claim in the movie that she was arrested for discovering a retrovirus that was transmitted through vaccines was thoroughly debunked by Snopes.

As MIT Technology Review noted, when YouTube started to remove “Plandemic” from its platform, supporters took to Twitter with claims of unfair censorship. The documentary then became a trending hashtag on Thursday, driving even more attention, outrage and media coverage to it.

Mikovits has tweeted a video in which she urged President Donald Trump to end the lockdown and stop requiring people to wear masks, calling the face coverings “dangerous.” Twitter told The Washington Post that it would allow that video, but it did remove #PlagueofCorruption and #PlandemicMovie from its searches and trends sections.