U.S. Sits out as World Leaders Pledge $8 Billion to Find a COVID-19 Vaccine 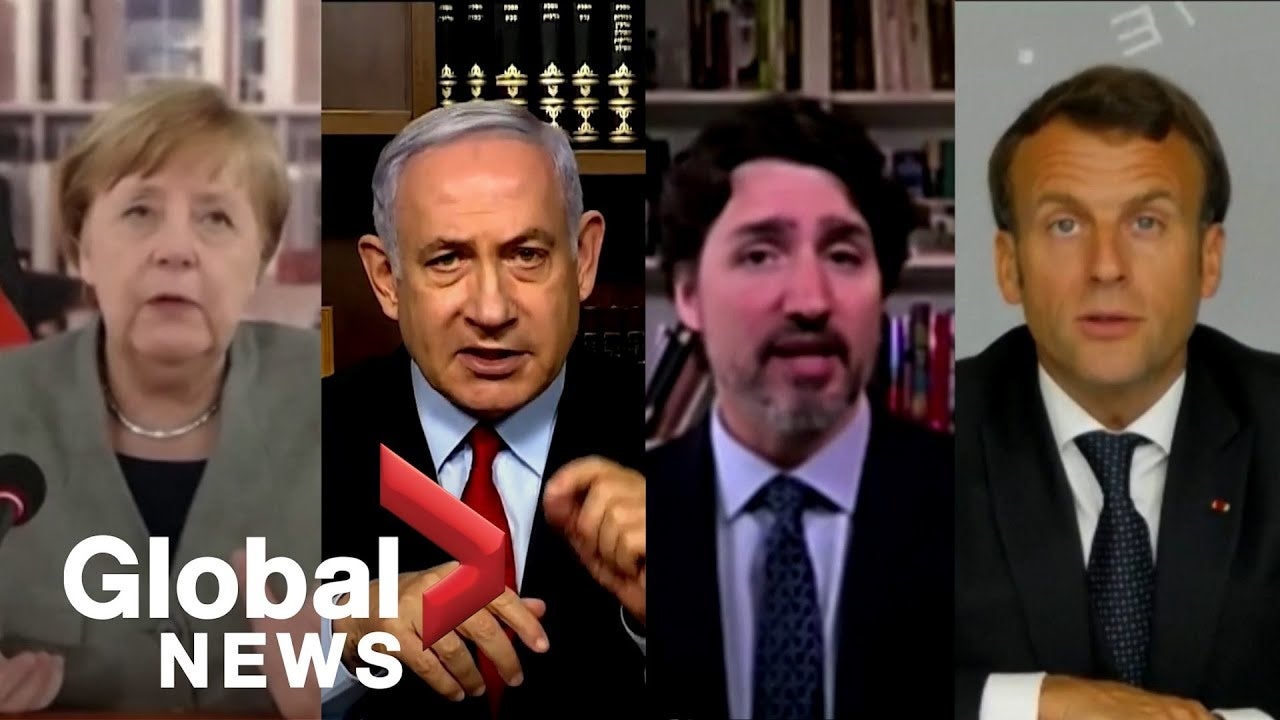 World leaders met in a virtual summit on Monday and pledged $8 billion to ramp up efforts to find a vaccine and treatments for the novel coronavirus, but the U.S. was noticeably absent from the summit, as The Washington Post reported.

The European Union-organized fundraiser brought together leaders from around the world, including Japan, Canada, Australia and Norway, to fund laboratories that have shown some promise in developing a vaccine. There were pledges from prime ministers, presidents, a king and even the pop star Madonna. The Trump administration said it is already spending billions for research in the U.S., according to The New York Times.

The administration’s disinterest in international cooperation has alarmed global health officials and diplomats seeking a worldwide effort to end the pandemic that has crippled global markets and killed more than 250,000 people. The concerns are growing that President Trump has squabbled with China over the origin of the disease and cut off U.S. support to the World Health Organization, as POLITICO reported.

“The more we pull together and share our expertise, the faster our scientists will succeed,” said UK Prime Minister Boris Johnson in the conference, according to The Washington Post. “The race to discover the vaccine to defeat this virus is not a competition between countries but the most urgent shared endeavor of our lifetimes.”

Last month, Johnson was rushed to an intensive care unit as he suffered from COVID-19 symptoms.

The various leaders on the call pledged as much as they could and took a few moments to boast of their efforts to stop the pandemic. There was a wide range of pledges from Romania, which pledged 0,000, to Canada’s 0 million pledge. The two largest donations were from the European Union and Norway. They both pledged .1 billion, or 1 billion euros, as The New York Times reported.

Just as wealthier nations are buying up ventilators, tests, and personal protective equipment, leaving poorer countries woefully underprepared for a health crisis, the U.S. strategy of not participating in international efforts raises concerns that a vaccine will be hoarded by a wealthy nation.

“The worst situation would be, if when these tools are available, they go to the highest bidder — that would be terrible for the world,” said Melinda Gates, who, along with husband, Bill, has devoted billions to health research, as POLITICO reported. “Covid-19 anywhere is Covid-19 everywhere. And that’s why it’s got to take global cooperation.”

“It’s the first time that I can think of where you have had a major international pledging conference for a global crisis of this kind of importance, and the U.S. is just absent,” said Jeremy Konyndyk, who worked on the Ebola response in the Obama administration, as The Washington Post reported.

He added that since nobody knows which research arm will succeed in a vaccine, it’s crucial to back multiple simultaneous efforts.

“Against that kind of uncertainty we should be trying to position ourselves to be supporting — and potentially benefiting from — all of them,” said Konyndyk to The Washington Post. “And instead we seem to be just focused on trying to win the race, in the hopes we happen to get one of the successful ones.”

The Trump administration declined to explain why they would not take part in the global effort, but they did look to boast about their own efforts to support vaccine research worldwide, including .6 billion through the Biomedical Advanced Research and Development Authority, an arm of the Health and Human Services Department. Jim Richardson, the State Department’s director of foreign assistance, added that American companies had also provided billion toward a coronavirus vaccine and treatment, according to The New York Times.