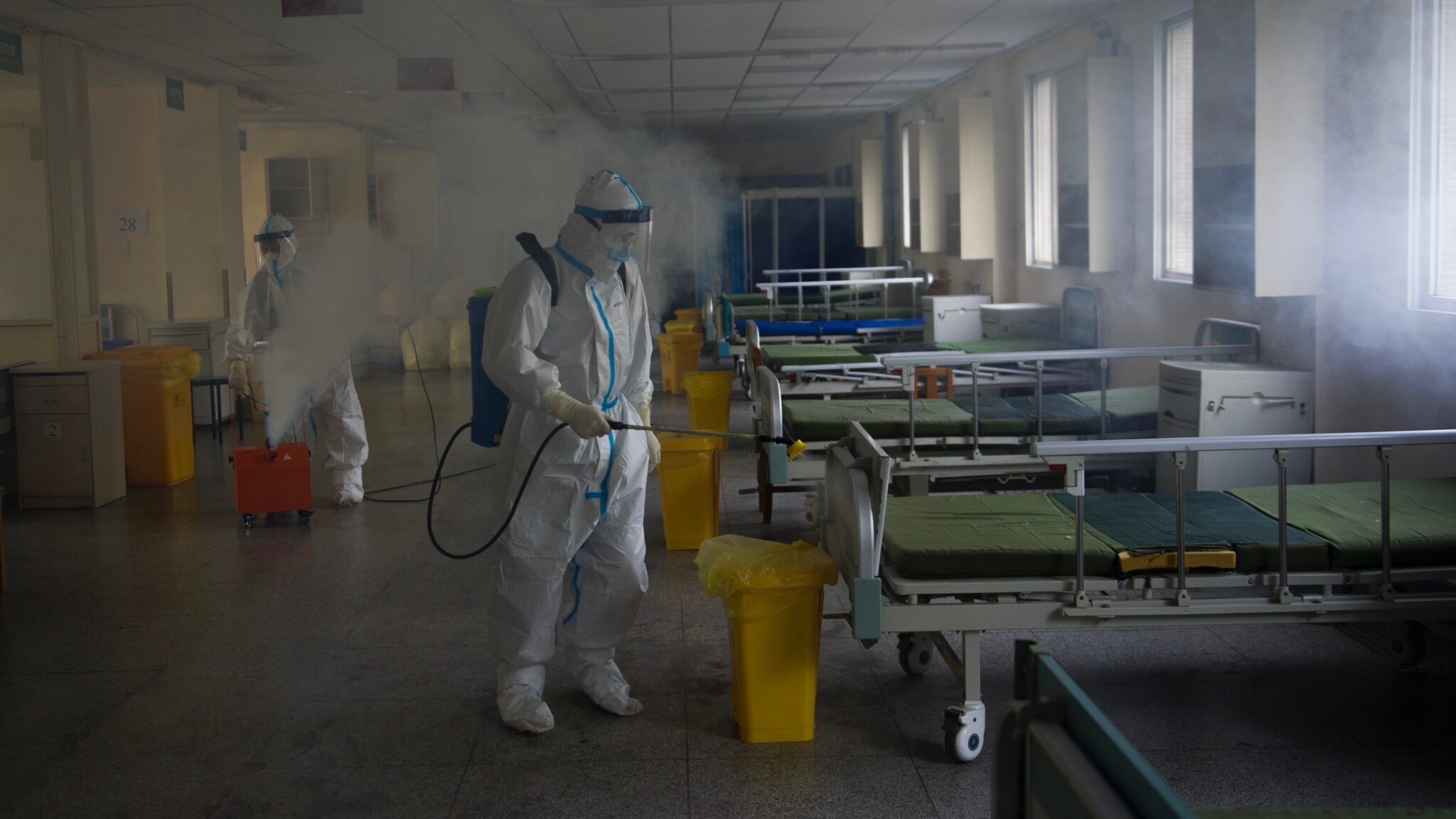 A worker disinfects around the No. 7 Hospital, once designated for only COVID-19 patients, in Wuhan in central China's Hubei province Thursday, March 19, 2020. The hospital is getting back to be a normal hospital after the last coronavirus patient was transferred away. Feature China / Barcroft Media / Getty Images

As the new coronavirus continues to spread across the globe, the country and city where it originated reported a hopeful milestone.

For the first time since the outbreak began, China reported no new domestic cases Thursday, The Guardian reported. And in Wuhan, the city where the disease that came to be called COVID-19 first emerged in December 2019, there were no new cases period, according to Time.

“Today we have seen the dawn after so many days of hard effort,” senior National Health Commission inspector Jiao Yahui said.

China announced Thursday that all 34 new cases that were reported in the country compared to the day before were people who had arrived from elsewhere. The news suggests that China’s dramatic quarantine measures, which placed more than 50 million people in Wuhan’s Hubei province under lockdown since late January, have paid off, at least for now.

“It’s very clear that the actions taken in China have almost brought to an end their first wave of infections,” Ben Cowling, the head of the division of epidemiology and biostatistics at Hong Kong University’s School of Public Health, told The New York Times. “The question is what will happen if there’s a second wave, because the kind of measures that China has implemented are not necessarily sustainable in the long term.”

In Wuhan, restrictions are already starting to ease, according to The Guardian. People in residential units deemed “virus free” can now leave their homes to do single activities, and, in places found virus-free for seven days, residents can move about free of restrictions if they don’t gather in groups.

The news comes as the U.S. and Europe are restricting movement in response to a rising case load. In Italy, the death toll from the outbreak has risen past China’s, BBC News reported Thursday, and lockdown measures originally set to expire March 25 have been extended. Italy has now seen 3,405 deaths compared to China’s 3,245.

Meanwhile, the U.S. State Department Thursday issued its highest possible Level 4: Do Not Travel advisory, urging U.S. citizens and residents not to travel abroad, and to return home from abroad unless they were prepared to stay away indefinitely, CNN reported.

The coronavirus has so far sickened 209,839 people in 169 countries and killed 8,778, according to the latest data from the World Health Organization.