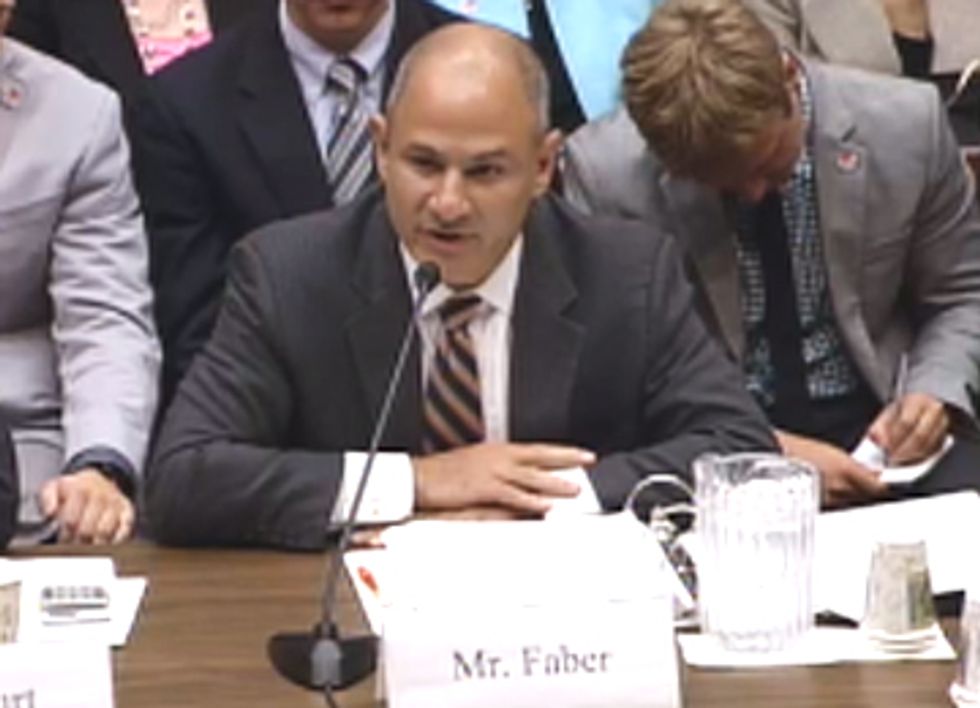 EWG Senior Vice President for Governental Affairs Scott Faber testified before the Energy and Commerce Subcommittee on Energy and Power.

Faber’s remarks came during testimony before the Energy and Commerce Subcommittee on Energy and Power. The two-day hearing focused on the Renewable Fuel Standard, also known as RFS.

“It’s time to face the facts: the RFS is producing too many ‘bad biofuels’ that increase greenhouse gas emissions, increase food and gasoline prices and pollute our air and water—and not enough ‘good biofuels,’” Faber said.

“Once heralded as a way to combat climate change, the RFS has actually increased greenhouse emissions by encouraging farmers to plow up more than 23 million acres of land—an area the size of Indiana—releasing more carbon and nitrous oxide into the atmosphere.”

Faber highlighted a lifecycle analysis by the U.S. Environmental Protection Agency that found that the rapid expansion of corn ethanol production raised carbon emissions in 2012 and will continue to do so for years to come.

Corn ethanol is produced overwhelmingly in plants powered by natural gas or coal, which increases lifecycle greenhouse gas emissions by 33 percent and 66 percent respectively compared to gasoline. Most of this production is exempt from greenhouse gas reduction requirements under a provision of 2007 legislation that expanded federal biofuels mandates.

Faber also noted that growing corn for ethanol requires huge amounts of fertilizers and other farm chemicals that ultimately wash off fields and pollute nearby waterways. This pollution contributes to the “dead zone” in the Gulf of Mexico, a vast area of low oxygen that cannot sustain marine life.

“Advanced biofuels made from non-food sources are promising alternatives, but in a market dominated by corn ethanol, progress is too slow,” Faber testified. “To allow second-generation fuels to gain a foothold in the marketplace, Congress must phase out the corn ethanol mandate. There is no simply reason to think RFS, as currently designed, is providing a sufficiently powerful incentive to develop these fuels.”