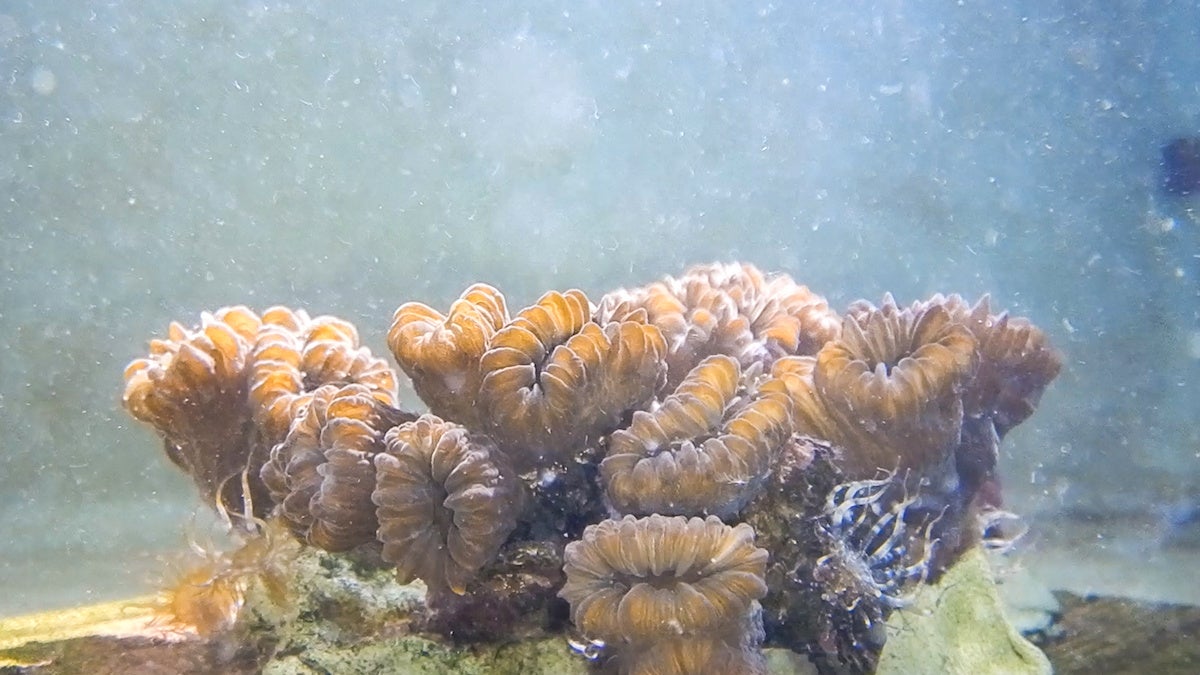 A rescued coral from Key West settles in for a feeding at an intermediate holding facility before being shipped to a long-term aquarium. Tiffany Duong / Ocean Rebels

Six years ago, during a global coral bleaching event and after the Port of Miami was dredged, endangered corals on Florida’s coral reef began rapidly wasting away and dying. Their “mystery killer,” whose exact pathogen still remains unidentified, is referred to as the “Stony Coral Tissue Loss Disease” (SCTLD).

In response, scientists launched an unprecedented, “Hail Mary” rescue effort to save the corals from local extinction. The first phase of the groundbreaking project concludes next week.

SCTLD is different and more devastating than other coral diseases because of how quickly it can kill an entire coral colony, how many different species it infects, how long it has lingered and how much remains unknown about its origins, University of Miami Rosenstiel School of Marine Science professor Andrew Baker told EcoWatch.

“Corals affected by SCTLD lose tissue really fast,” he said. “Unlike many other coral diseases that can take weeks or months to pass over a coral’s surface, SCTLD can kill a colony within a few days under ‘ideal circumstances.’ Some species, principally the brain corals, have almost disappeared from local reefs within a period of about six months.”

The coral biologist also noted that SCTLD was particularly difficult to eradicate because it affects almost half of Florida’s coral species, which has allowed it to persist in reef communities for a long time because it has so many different hosts it can inhabit.

SCTLD now threatens the entire Florida Reef Tract (360 linear miles), which is the third-largest coral barrier reef in the world, decimating important reef-building and endangered corals in its path.

“It’s really sad. Some of these corals that have been growing for tens to hundreds to possibly thousands of years are disappearing in months,” said Florida Fish and Wildlife Conservation Commission (FWC) coral caretaker Allan Anderson. “We’re talking about corals that have literally built this reef now dying, and it’s pretty scary that something we can’t yet identify is destroying everything.”

For the past two years, Anderson and his FWC Coral Rescue Team colleagues have taken matters into their own hands — literally — by using hammers and chisels to remove healthy, at-risk corals from the reefs before the disease reaches them.

“At first I was kinda sad about collecting corals off the reef,” said Tanya Ramseyer, FWC Coral Rescue project coordinator. “Your whole life, you’re told not to touch the corals, and here, they tell us, ‘Here’s a hammer and chisel. You’re gonna go down and take these off the reef.’ But we’re saving these corals in the nick of time. That’s how I work myself up to it. We’re rescuing these corals.”

Scuba diving off charter and research vessels, the Coral Rescue Team identifies, collects, measures and samples corals susceptible to SCTLD that would likely perish if left on the reef.

“The rescue mission is exactly what it sounds like,” FWC Coral Program research assistant Ananda Ellis told EcoWatch. “We’re trying to collect these corals and take them out of their natural environment before they get hit with this disease. Most of the individuals we’re collecting would have been affected and dead within X amount of period, depending on the species, so we’re definitely at that last stage. We do need to collect these corals.”

To date, the team has completed six rescue cruises, and their last cruise is scheduled for May 27, Ellis shared. They have collected nearly 2,000 individual corals from 22 target species. Genetic sampling ensured they had enough unique genotypes of each species to preserve genetic diversity during the next phase of the rescue mission — coral propagation for future restoration activities, said Stephanie Schopmeyer, a main FWC coordinator for the rescue cruises.

Rescue corals are shipped to partner universities, non-governmental organizations, zoos and aquaria around the country for study and safekeeping. The corals will remain in these new homes indefinitely. Many have never been observed in captivity before, and researchers have already successfully experimented with sexual and asexual propagation techniques to create new “coral babies.”

“Over time, we should be able to breed or propagate or grow enough coral to repopulate the entire reef tract,” Schopmeyer said. “That is the actual goal.”

The final phase of the rescue project will occur when it is safe for the original rescue corals and their offspring created in holding facilities to be reintroduced to the wild in numbers that will hopefully help restore what the disease has ravaged.

Rescued corals acclimate to life outside of the ocean in an intermediate holding facility before being shipped to longer-term aquaria for safekeeping. Caroline Dennison / University of Miami

The Coral Rescue Team is part of a broader, extensive, multi-agency effort to track the spread of SCTLD, identify the pathogen, develop methods to lessen the effects of the disease on reefs and to rescue corals for safekeeping in zoos and aquaria around the country.

Lessons learned are being applied in the Caribbean and other reefs where the deadly disease has possibly been transported in ballast water from ships.

“It’s a brave new reef out there,” Baker said. “It’s an exciting time to be a coral biologist because these interventions have never been tried before, and we’re in a position where we have to start trying them.”

“If you aren’t trying,” Ellis said, “then you’ve already determined the outcome. We don’t know what the outcome is yet, because we’re still trying. That in and of itself should keep people moving forward.”

The FWC Coral Monitoring Dashboard includes the number and species of corals rescued and the facilities currently housing them. It is updated bi-weekly and can be viewed here.