Coral Reefs in the Caribbean Have Been Warming for at Least 100 Years, Study Finds 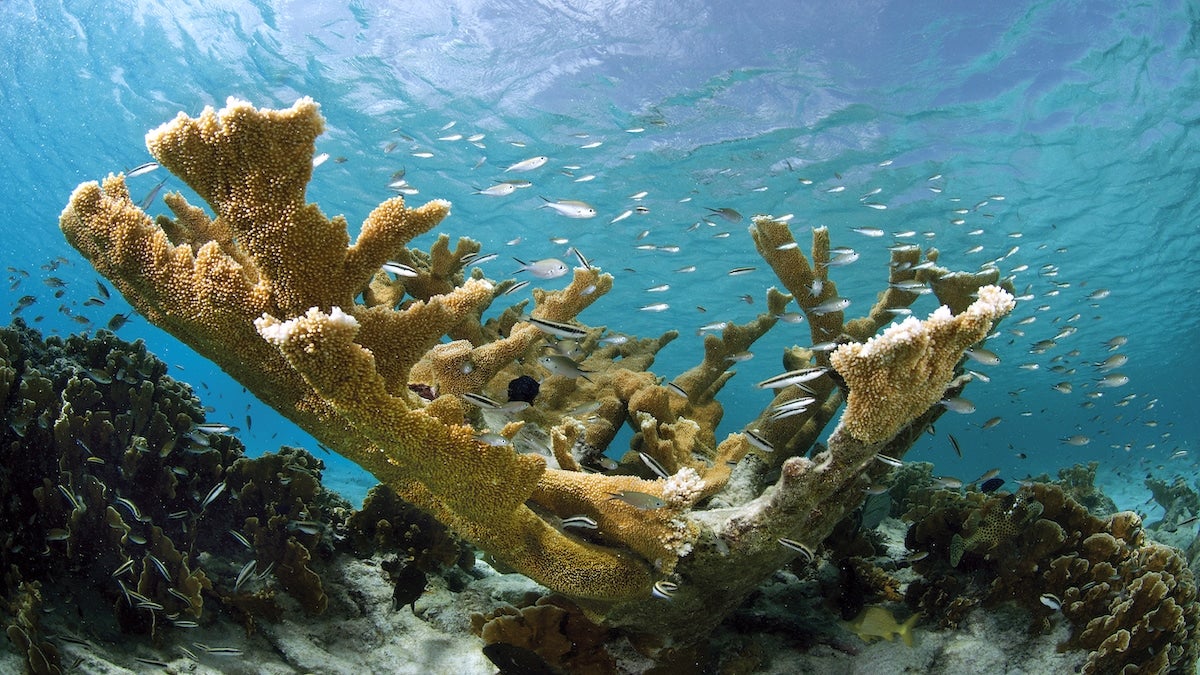 Climate change not only warms the atmosphere, but the world’s oceans. A new study of 150 years of data on sea-surface temperatures in the Greater Caribbean region shows that coral reefs have been warming there since 1915, a trend that has caused harm to their ecosystems.

The study, “A century of warming on Caribbean reefs” by Colleen Bove and colleagues from the University of North Carolina at Chapel Hill, was published in the journal PLOS Climate.

“Greenhouse gas emissions are warming the planet, intensifying natural disturbances (e.g., fires and cyclonic storms), and modifying countless other aspects of the environment,” the study’s introduction states. “This is causing extinctions, altering species composition, and degrading nearly every ecosystem on earth. Although we tend to think of surface warming as a terrestrial phenomenon, the oceans have stored about 93% of the additional retained heat since 1955.”

The study examined warming trends from 1871 to 2020, and is an updated assessment of prior research on coral reef temperature trends using data from 5,326 reefs in the Caribbean, divided into eight sub-regions, Phys.org reported. Satellite data and sea-surface temperature monitoring were also used.

The sub-regional reef locations ranged from 84 in the Gulf of Mexico to 1,277 in the Greater Antilles, reported Nature World News.

In half of the sub-regions in the study, the warming started before 1915, according to Phys.org.

“Our results indicate that Caribbean reefs began warming in 1915… However, four of the eight Caribbean ecoregions we assessed warmed significantly even earlier; during the latter half of the nineteenth century,” the authors of the study said.

According to the research team, the temperatures of reefs in the Caribbean have increased by 0.5 to one degree Celsius total over the last century, reported Phys.org. If a similar warming trend continues, the study’s data points to an average additional increase in temperature of about 1.5 degree Celsius by 2100.

“Our study indicates that coral reefs have been warming for at least a century and many reefs across the Caribbean have already warmed by a degree Celsius. This explains why we have seen such devastating declines in the health of this invaluable ecosystem,” the study’s authors said, as Phys.org reported.

The study also looked at marine heatwaves and concluded that they are occurring more often and for longer periods all over the Caribbean. The average number of these events has gone up from one per year in the 1980s to five currently.

The researchers said that reducing greenhouse gas emissions and addressing factors like pollution and fishing are urgently needed in order to protect coral reef ecosystems around the world.

“Fishing is by far the primary cause of dramatic Caribbean-wide fish population declines,” the authors of the study said. “In some locations, pollution may have further contributed to coral declines… We urgently need to reduce greenhouse gas emissions while simultaneously addressing these and other local and regional stressors to protect the remnant Caribbean coral reefs and similarly at-risk global ecosystems.”