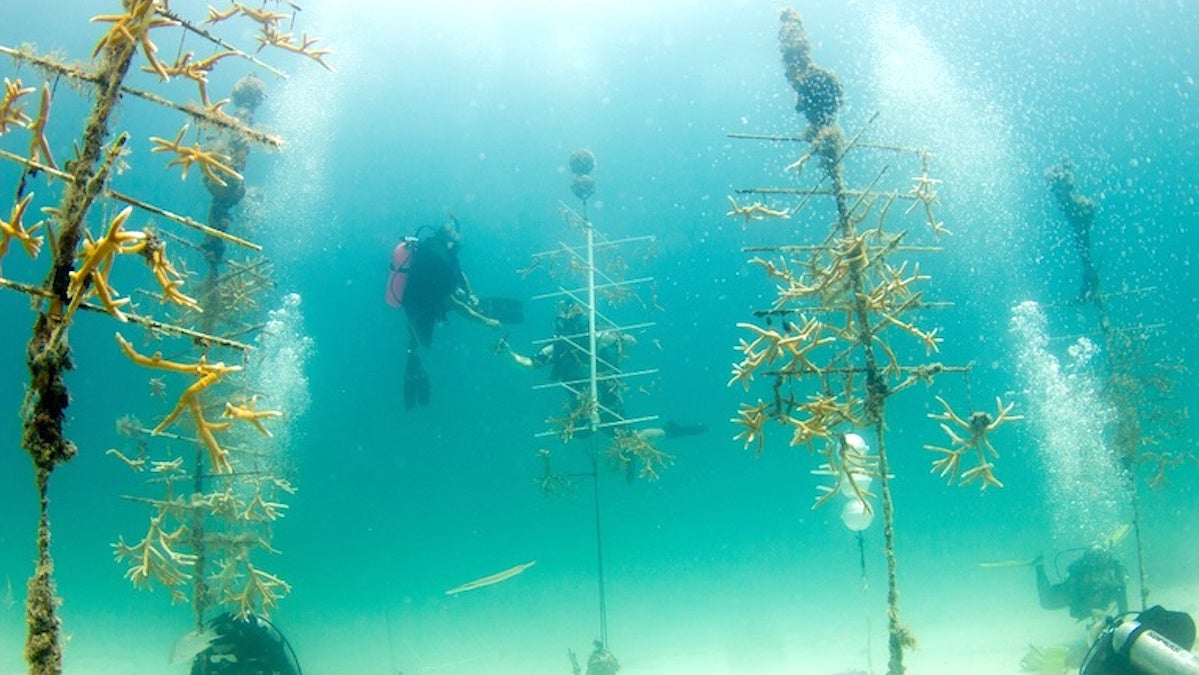 Coral reefs are often called the “rainforests of the sea” because they harbor some of the highest levels of biodiversity of any ecosystem in the world. But as sea temperatures rise, coral reef systems are suffering mass bleaching events, leading to widespread mortality. One way to try and restore coral reef systems is coral reef gardening or “outplanting,” a method of growing coral fragments in a nursery and transferring them to ailing reef systems. But like naturally grown coral, it’s hard to keep outplants alive, especially with climate change steadily raising global sea temperatures. 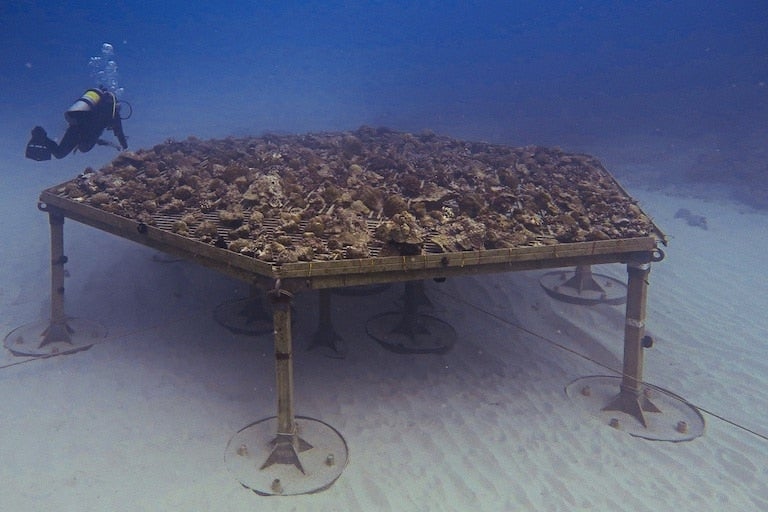 A coral nursery loaded with detached corals in Hawai’i off the coast of O’ahu. NOAA Fisheries

“In normal coral reefs, an increase of one degree [Celsius, or 1.9°F] can cause bleaching and death,” Shawna Foo, lead author and postdoctoral researcher at Arizona State University’s Center for Global Discovery and Conservation Science (GDCS), told Mongabay. “But it was not actually known what temperatures were important for coral outplants to survive, maybe because they’ve been grown in different conditions, or maybe [it was thought that] they could be less resilient to temperature or more resilient to temperature.”

Foo and her co-author, Greg Asner, director of GDCS, analyzed hundreds of coral outplanting projects that took place around the world between 1987 and 2018 to collect data on coral survival rates and outplant locations and dates. They also gathered data on global sea surface temperature, obtained from NOAA’s Coral Reef Watch program. What they eventually found was that coral outplants reacted to temperature the same way as natural coral reefs. 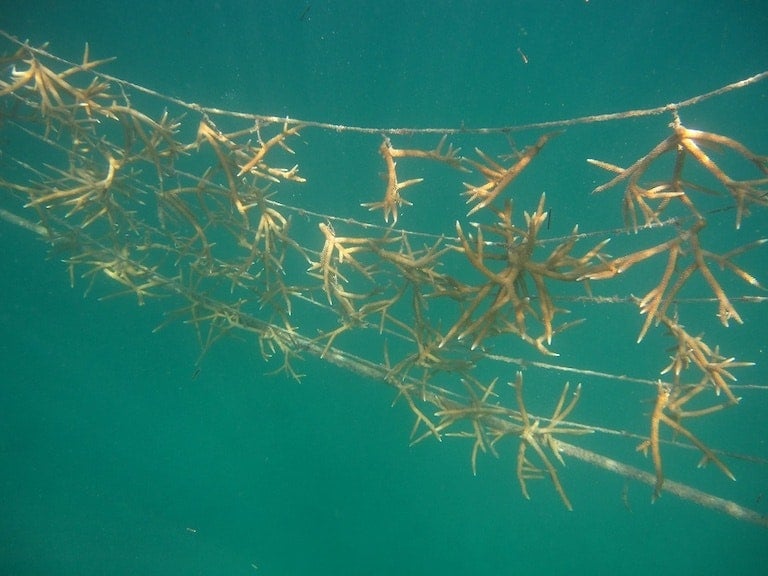 Growing coral is an extremely labor-intensive activity that can cost up to 0,000 per hectare. Sites for coral reef outplanting tend to be chosen based on water clarity, a suitable seafloor environment, and the presence of an existing coral reef. But temperature isn’t always considered, Foo said. While many factors can lead to the demise of coral outplants, including algae outbreaks and unfavorable water chemistry, temperature plays a key role in outplant health and survival, according to the study.

Another key finding is that outplant survival increased at sites with more temperature variability, rather than at sites that remained at a constant temperature night and day.

“We find that corals that are in these more variable conditions actually have higher survival, and this is probably because exposure to variability is increasing the resilience to temperature change, and … being exposed to low temperatures means they actually have a little bit of reprieve as well,” Foo said.

Foo says she hopes this study will help coral outplant practitioners choose the best sites for coral gardens to boost survival. Temperature is becoming an increasingly important consideration, especially as ocean warming is expected to accelerate more than four-fold over the next 60 years.

“Although sobering for reef conservationists and managers, our findings provide a critical compass as to where reef restoration efforts can have their greatest impact in the future,” Asner said in a statement. “Reef restoration is just now turning from a cottage industry to a global enterprise, and this needs to happen in concert with the changing global geography of ocean temperature.”