Heat Waves and How to Cope With Them 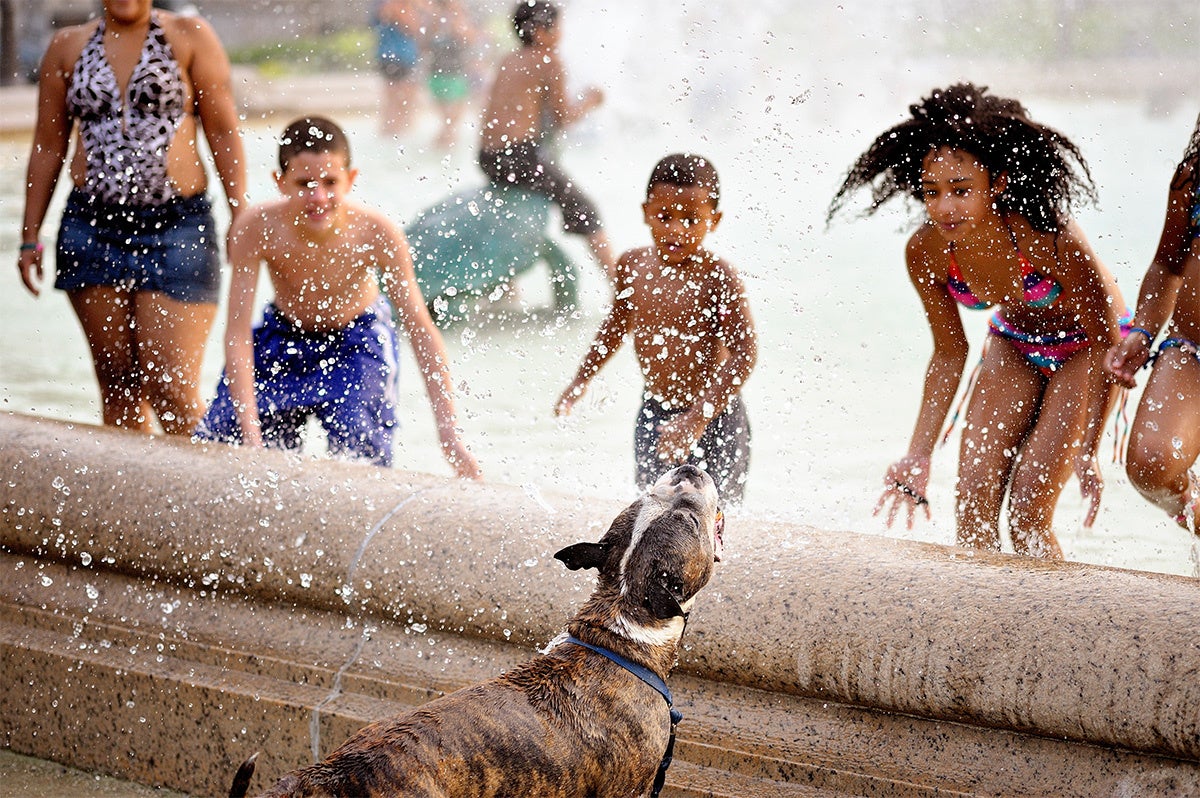 Oppressive heat across much of North America since the end of June has buckled roads and driven Major League Baseball players off the field. July is the warmest time of year for much of the nation, so more heat waves could develop in the coming weeks. These articles from our archive offer insight into heat wave impacts, and some ways to cope with them.

As incomes rise in developing countries, millions of people are buying air conditioners. That’s good news, since fewer people will be exposed to unhealthy temperatures. For example, economist Lucas Davis of the University of California, Berkeley predicts that nearly 100 percent of Mexicans will have air conditioning within a few decades.

But generating electricity to run all those ACs will produce huge quantities of carbon dioxide emissions from fossil fuel combustion, plus emissions of refrigerants that also are powerful greenhouse gases. Paradoxically, then, the spread of air conditioning could worsen climate change, heating the planet up even more.

Energy demand for space cooling is growing rapidly in India and around the world, driven by rising incomes. EIA

To avoid that scenario, air conditioners will need to become more energy-efficient, and power generation will have to shift to low- and zero-carbon sources, such as wind and solar power. In Davis’ view, adopting a carbon tax would promote those shifts and provide incentive to design cooling features into buildings. “We need efficient markets if we are going to stay cool without heating up the planet,” he wrote.

City dwellers are especially at risk during heat waves because built surfaces, such as roads and buildings, trap heat during the day and release it at night. And within these urban heat islands, groups with the fewest resources—typically, minorities and the poor—are most vulnerable.

In a study in Hartford, University of Connecticut anthropologist Merrill Singer found that low-income Latino residents were well aware that climate change was making their city hotter and worried about coping with summer heat waves:

“Participants reported feeling excluded from local preparatory efforts to mitigate adverse impacts. They said they received no information about preparing for climate change, except for notices that the city had started opening up a few cooling stations in the lobbies of air-conditioned buildings during the summer.”

Singer’s research shows the need to reach out to disadvantaged groups in analyzing how climate change will affect cities – and to ensure that all residents have a voice.

3. Many Tools for Cooling

Emergency cooling centers are one way to mitigate the effects of heat waves, but cities need to do more. Nick Rajkovich, assistant professor of architecture at the University at Buffalo, has worked with planners around Cleveland to understand how they prepare for hot weather. Strategies there include planting more trees and shrubs, which provide shade and cool the air; weatherizing buildings with window shades and light-colored, reflective materials; and preparing emergency kits for power outages that include food, water and radios.

Most importantly, in Rajkovich’s view, different agencies and organizations need to talk to each other and plan together so they can take complementary steps. “In Cleveland, preparing for extreme heat events has brought professionals together and encouraged overlapping approaches because no single strategy is foolproof,” he observed. Officials “should pursue multiple solutions rather than looking for one ‘best’ option.”

One way to make buildings more heat-proof is to weatherize their roofs, either by painting them white to reflect heat (so-called “cool roofs”) or covering them with plants, which cool by absorbing water. But both options require careful planning to ensure that they will be effective in particular locations.

Ashish Sharma, assistant professor of civil and environmental engineering at the University of Notre Dame, studied how well green and cool roofs reduced urban heat island effects in Chicago. He found that while both techniques had a net cooling effect, they also reduced breezes from nearby Lake Michigan and altered air circulation in their immediate neighborhoods.

Each of these approaches has pluses and minuses, Sharma notes. Green roofs provide habitat for plants and insects and can help clean the air by absorbing pollutants. However, they also increase humidity by releasing water from their leaves and cost more to install and maintain than cool roofs. Geography can factor into the choice:

“Cities in northern latitudes, such as New York, Portland and Toronto, can benefit from green roofs because they have adequate water to irrigate them. In contrast, cool roofs are more appropriate for cities in arid and semi-arid environments such as the southwestern United States.” 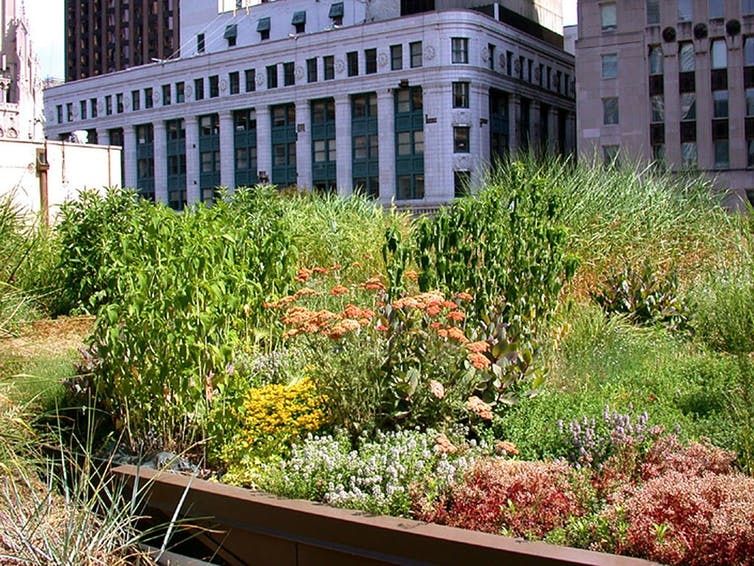 5. Grounded by the Heat

Extreme heat affects physical structures as well as the people inside them. In 2017 extreme heat forced dozens of flight cancellations at airports in the U.S. Southwest—just when their passengers were probably thrilled to be escaping 120-degree temperatures.

As Columbia University’s Radley Horton and Ethan Coffel explain, airplanes fly by generating lift through the flow of air over and under their wings. The amount of lift that a wing generates is affected by the density of the air, and warmer temperatures make air less dense. They write:

“The lower the air density, the faster an airplane must travel to produce enough lift to take off. It takes more runway to reach a higher speed, and depending on how long the airport’s runway is, some airplanes might risk running out of room before reaching sufficient speed.”

Sometimes airlines are forced to manage this issue by limiting how much weight planes can carry. Typically this happens at airports in hot regions, like Phoenix, or those with short runways, such as LaGuardia in New York City. But such measures could become much more common. Ultimately, Horton and Coffel predict, manufacturers could even have to redesign airplanes to operate safely in a hotter world.