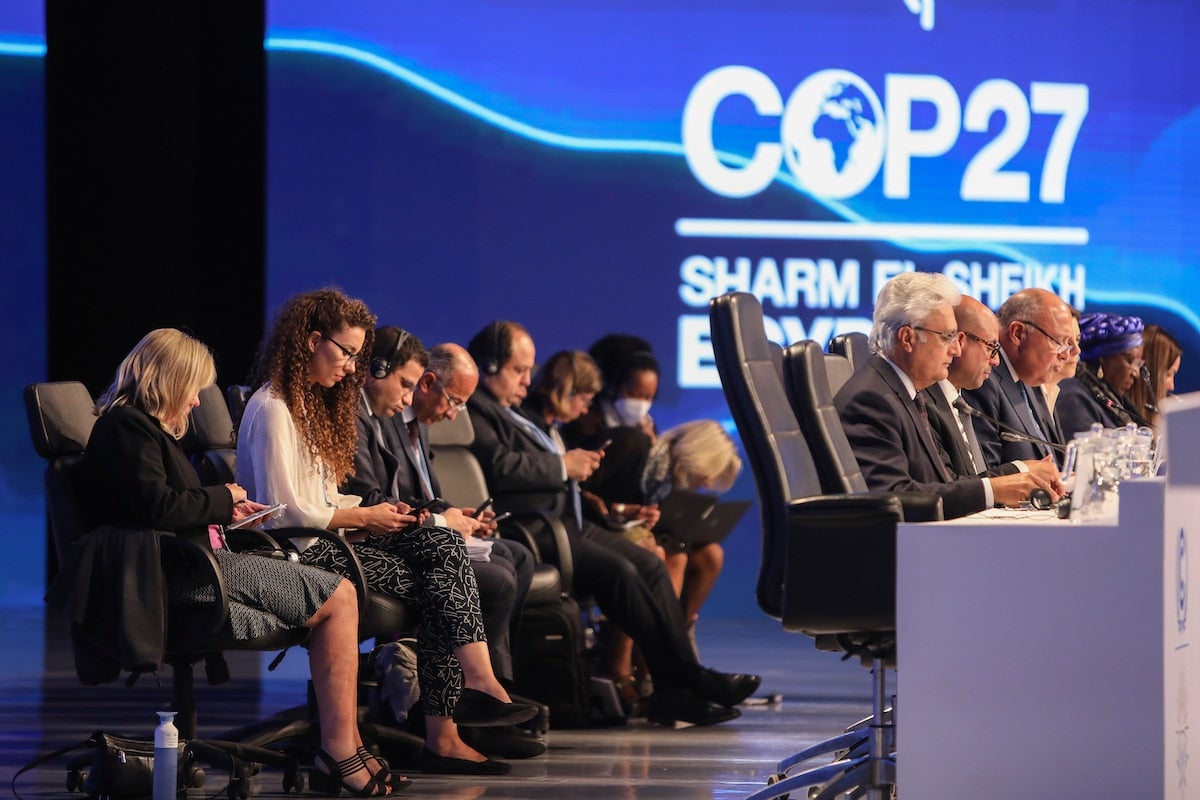 Representatives of countries during the closure session of COP27 in Sharm el-Sheikh, Egypt on Nov. 20, 2022. Mohamed Abdel Hamid / Anadolu Agency via Getty Images

Negotiations in Sharm el-Sheikh (finally) ended Sunday morning local time, with COP27 delegates applauding the creation of a loss and damage fund, while also worrying the talks had not done enough to cut fossil fuel use and reduce the pollution causing already-devastating climate impacts around the world.

In a culmination of a 30-year campaign, a united front of developing nations put loss and damage on the official agenda two weeks ago, and secured a first-ever commitment from industrialized nations to pay for the damage their climate pollution has caused.

“COP27 has done what no other COP has achieved and created a loss and damage fund to support the most impacted communities of climate change,” Mohammed Adow of Power Shift Africa, said in a statement. The final agreement kept a reference to limiting global temperature increase to 1.5°C (2.7°F), keeping the Paris goals alive, at least on paper.

It did not call for a reduction of all fossil fuels, keeping language from COP26 instead, disappointing the unprecedented number of nations — including the U.S. — who had called for final language reflecting the need to phase out all unabated fossil fuels.

When asked if more robust emissions reductions had been set aside in order to reach the final agreement including loss and damage, Camila Zepeda, Mexico’s chief climate negotiator, told Reuters, “Probably. You take a win when you can.”

The equivocal agreement, reached after a year of record-setting climate disasters and weeks of fraught negotiations in Egypt, underscores the challenge of getting the whole world to agree on rapid climate action when many powerful countries and organizations remain invested in the current energy system.

Rob Jackson, a climate scientist at Stanford University and chair of the Global Carbon Project, said it’s inevitable the world will surpass what scientists consider a safe warming threshold. The only questions are by how much, and how many people will suffer as a result.