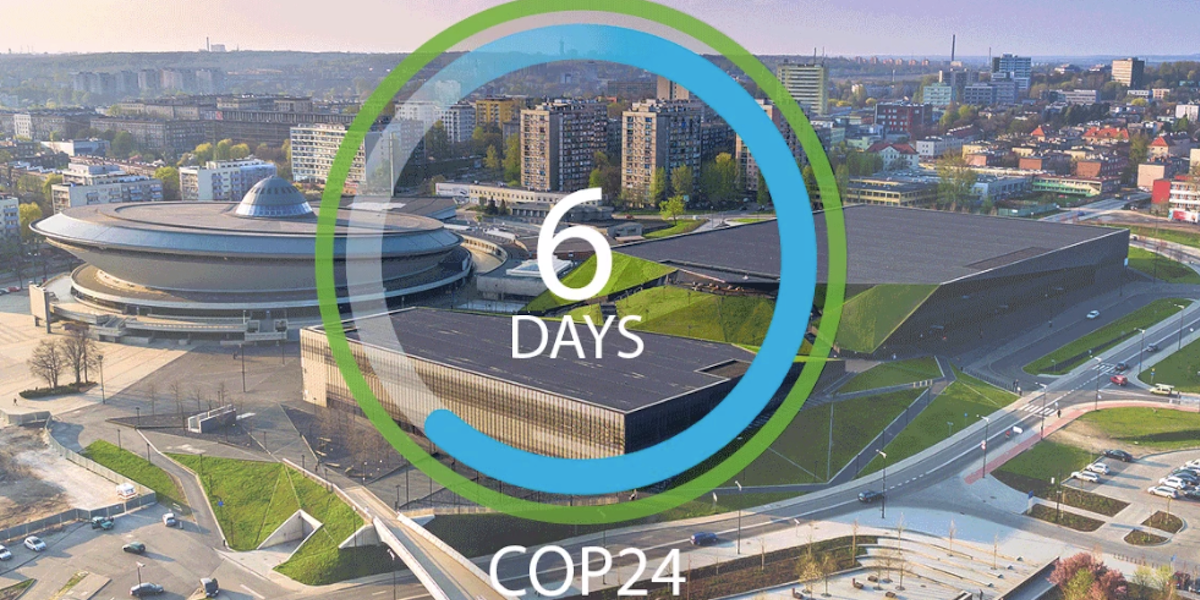 Next week, heads of state and representatives from roughly 200 countries will descend in Katowice, Poland for the 24th session of the Conference of the Parties to the United Nations Framework Convention on Climate Change, informally known as
COP24.

Here are some things to know ahead of the critical summit:

1. The overarching goal. Creating a rulebook, or “work program,” on how to implement the landmark 2015 Paris agreement to limit global warming to well below 2°C by the end of the century avoid the devastating impacts of climate change.

The two-week talks, which officially kicks off on Dec. 2, will be held just months after a
dire report from the UN’s Intergovernmental Panel on Climate Change that warned that the world has a narrow 12-year window to drastically reduce planet-warming greenhouse gas emissions.

At COP24, international negotiators will hammer out exactly how countries will track, report and verify emissions reductions commitments.

The #ParisAgreement gave us a historic plan to act on #ClimateChange and build a better tomorrow for everyone. Now, at #COP24, we need to finalize the Paris Agreement implementation guidelines to turn the agreement into reality & unlock concrete #ClimateAction. pic.twitter.com/Rkjd57mcZX

2. Calls for greater action. Unfortunately, the current commitments by world governments that signed the Paris agreement will not be enough to remain under 2°C, much less the more ambitious 1.5°C target.

For that reason, leaders from 16 European countries are calling for more stringent efforts to curb global warming, the
Associated Press reported. At next week’s talks, negotiators will aim for even more ambitious climate goals.

3. The $100 billion question. In 2009, richer countries pledged $100 billion a year by 2020 to poorer nations to tackle the effects of climate change. Bloomberg reported that the climate funding reached $70 billion as of 2016—so there’s still a way to go. COP24 delegates from these poorer countries will want more details on when and how much money coming before committing to the rulebook.

Notably, it doesn’t help that President
Trump, who intends to withdraw from the Paris agreement, decided last year to cancel $2 billion in promised funding.

4. What the United States will do. Preparatory meetings were held in Bangkok this past September to draft out details of the rulebook before the Katowice summit. As DeSmog explained, the U.S. was criticized over working to delay clarity over the agreement’s financing (nonetheless, a top UN negotiator praised “good progress” from the talks).

Reuters reported earlier this month that President’s Trump team will “set up a side-event promoting fossil fuels” at the climate summit. Citing three sources, the American officials will “highlight the benefits of technologies that more efficiently burn fuels including coal,” Reuters reported.

5. You can participate, too. Climate change is not some far-away phenomenon, it is here now and impacts people around the globe everyday.

This year, the UN created a “People’s Seat” for you to “virtually sit” and share your views alongside government leaders at the climate talks. To join the effort, tag your thoughts with hashtag
#TakeYourSeat on social media.

Famed naturalist David Attenborough will deliver the “People’s Address” at the COP24 plenary on Dec. 3, which will be broadcast on social media around the world.