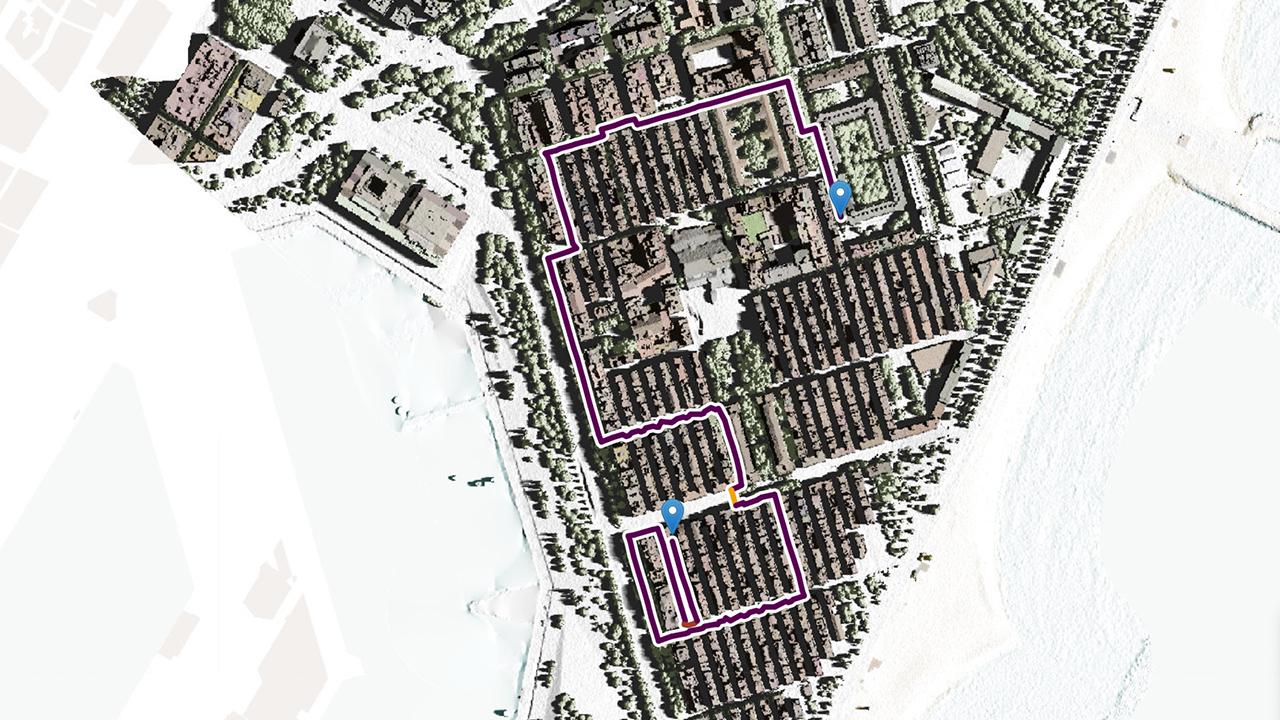 Barcelonians can now use a new app designed to show pedestrians the shadiest routes to take to avoid extreme heat.

The app, Cool Walks, a navigation and routing tool for pedestrians, was first developed at a data visualization contest.

The app has a variety of features including showing users the most direct walking route, a more shady route or users can put the settings on “vampire mode” to completely avoid direct sunlight.

“We wanted to generate different options so you could pick faster or cooler routes and we calculated three different algorithms,” Marc Montlleo, director of environmental projects at Barcelona Regional, said to The Guardian. “The vampire mode was made from our team who had a lot of beer the night before; It was for a bit of fun to totally avoid sunlight.”

Cool Walks can also guide users to nearby drinking fountains, or areas that they can shelter from the sun, according to The Guardian.

The program utilizes a tool called Lidar that creates high-resolution models of the ground elevation. The scale is accurate within 10 cm. Cool Walks uses this information with data on the sun’s path to calculate where shade is at any given time.

The average temperature in July and August in Barcelona is 84 degrees Fahrenheit during the day. In an attempt to mitigate increasing temperatures, the city of Barcelona created a 20-year tree master plan that lays out increasing the amount of land covered by trees from 25% to 30%.

“I don’t know many cities that deal with pedestrian routing,” Albert Carbonell, a developer of the app said to The Guardian. “It’s nice for a public agency to work with data that the city gave to us, to demonstrate that it’s feasible to come up with technological solutions to climate change.”

So far, the app only maps out shady areas in one neighborhood of Barcelona, the hope is the data collected can be used to help the city adapt to extreme heat.

Each year, heat waves kill more people than other climate risks. According to the Environmental Protection Agency, some studies estimate that more than 1,300 death each year are due to extreme heat.

According to C40, extreme heat can cause mortality increases of up to 14%. As of today, heatwaves affect around 200 million people in more than 350 cities globally — this number is expected to rise even if the Paris agreement’s 1.5 C target is reached.

Howvere, if that target is missed, more than 1.6 billion people in 970 cities could be affected by excessive heat by the 2050s.

Additionally, the temperatures can lower workforce productivity and cause damage to infrastructure.

“I think we should view this particular kind of app as an interim measure to reduce the impacts of extreme heat … while cities rapidly invest in urban canopy cover and broader green infrastructure,” Jon Burke, a former councilor for Hackney in London, who was responsible for a massive expansion of tree planting in the borough, said to The Guardian.