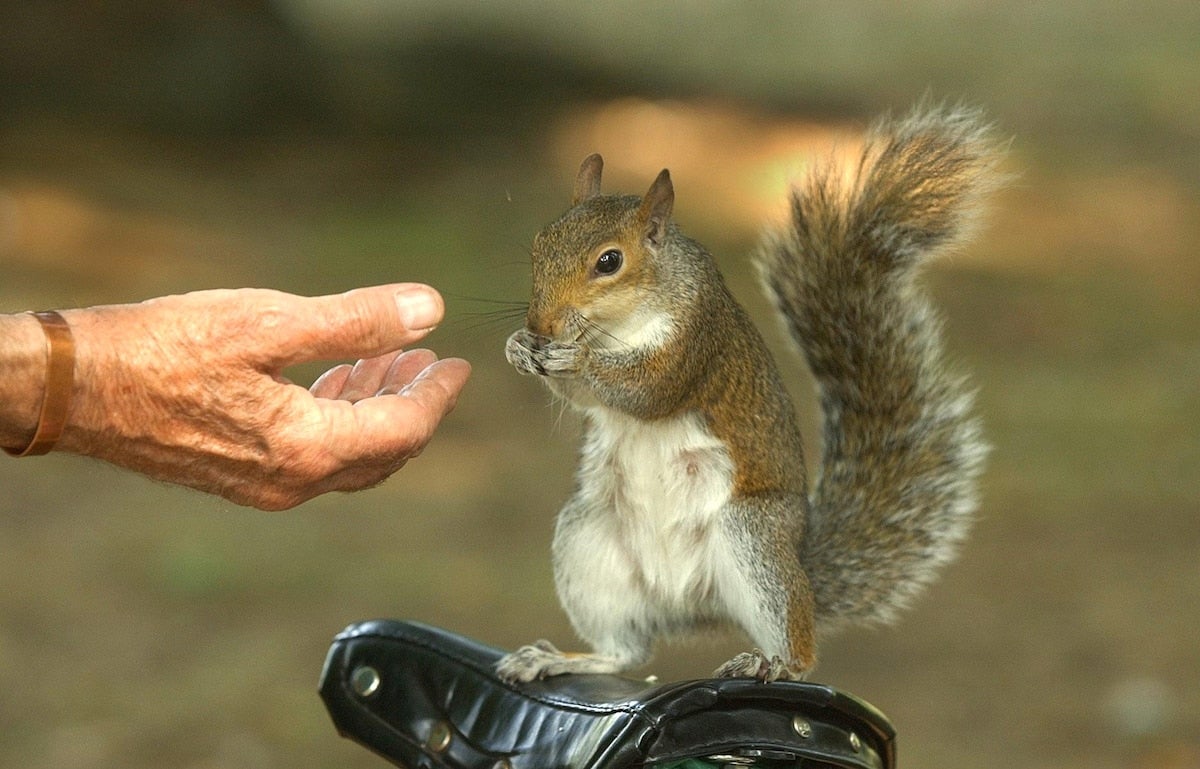 Government scientists in the UK could soon begin tests for giving oral contraceptives for grey squirrels in the country. The hope is to control this invasive species without killing the animals.

The current plan is to set up feeding boxes that only the grey squirrels can access, using hazelnut spread containing the contraceptives as bait. The contraceptive would make male and female squirrels unable to reproduce. While the plan has not yet started trial tests, scientists expect it to be ready to implement in the wild within two years.

In addition to outcompeting native, endangered squirrels, grey squirrels also damage trees by pulling off the bark to eat the sap beneath it. Their actions can damage the trees and invite other pests or diseases to feed off the exposed trunks.

The project’s lead scientist, Giovanna Massei of the UK’s Animal and Plant Health Agency (APHA), noted that this is a more humane way to eradicate grey squirrels, rather than euthanizing them. The researchers developed an impermanent vaccine that causes the squirrels’ immune systems to prevent sex hormone production for male and female squirrels.

The team is still working on a longer-term dosage for squirrels in the wild, and they are constructing a specially designed feeder box that only the grey squirrels will be able to access, so other animals do not accidentally eat the contraceptives. They are also considering feeders with a weighing plate that only allows grey squirrels, which tend to be heavier than red squirrels, in to the food for areas where both squirrels are present.

According to the BBC, initial trials found that 70 percent of grey squirrels in an area visited the baited feeding boxes over a four-day period. Two determined mice were also able to access the boxes.

If the contraceptives are successful, they could be considered for controlling other invasive species in the future.

People for the Ethical Treatment of Animals (PETA) showed some support for the idea, noting it agrees with this approach if population control is necessary. But the group said, “We mustn’t forget that grey squirrels and other species deemed ‘invasive’ are where they are through no fault of their own and entirely due to human carelessness, and they deserve to be left in peace.”

The UK Squirrel Accord has raised over £1 million for the project in order to manage grey squirrel numbers and protect red squirrels.

Kay Haw, director of the conservation group, said, “Red squirrels now only survive in island ecosystems where there aren’t any grey squirrels or where a red squirrel community group are working hard to keep back the grey squirrels.”

UK Government Backs First Nuclear Plant in 35 Years
As it works to reduce its contribution to the climate
By Olivia Rosane
UK Government Could Allow New Onshore Wind Farm Construction by Relaxing 2015 Ban
UK Prime Minister Rishi Sunak looks poised to reverse a
By Olivia Rosane
Will Paris Ban Electric Scooters?
Could the City of Light ban the electric scooters that
By Olivia Rosane