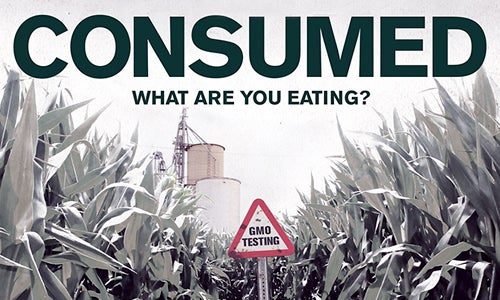 There have been many documentaries about the risks of genetically engineered foods. These include The Future of Food, GMO OMG, The World According to Monsanto and Genetic Roulette, to name a few. But the dark, complex world of GMOs hasn’t been the subject of a fictional film—until now.

Consumed tells the story of a Sophie, a mother trying to deal with her young son’s mysterious illness. She can’t figure out what is causing her son’s nasty rashes and vomiting. Then she starts researching and discovers genetically engineered foods. From there, Sophie, played by Zoe Lister-Jones, embarks on a desperate quest to help her son while becoming consumed in the world of GMOs with its safety concerns, corporate domination and questionable science. By the end of the film, Sophie fears the safety of foods that Americans eat. 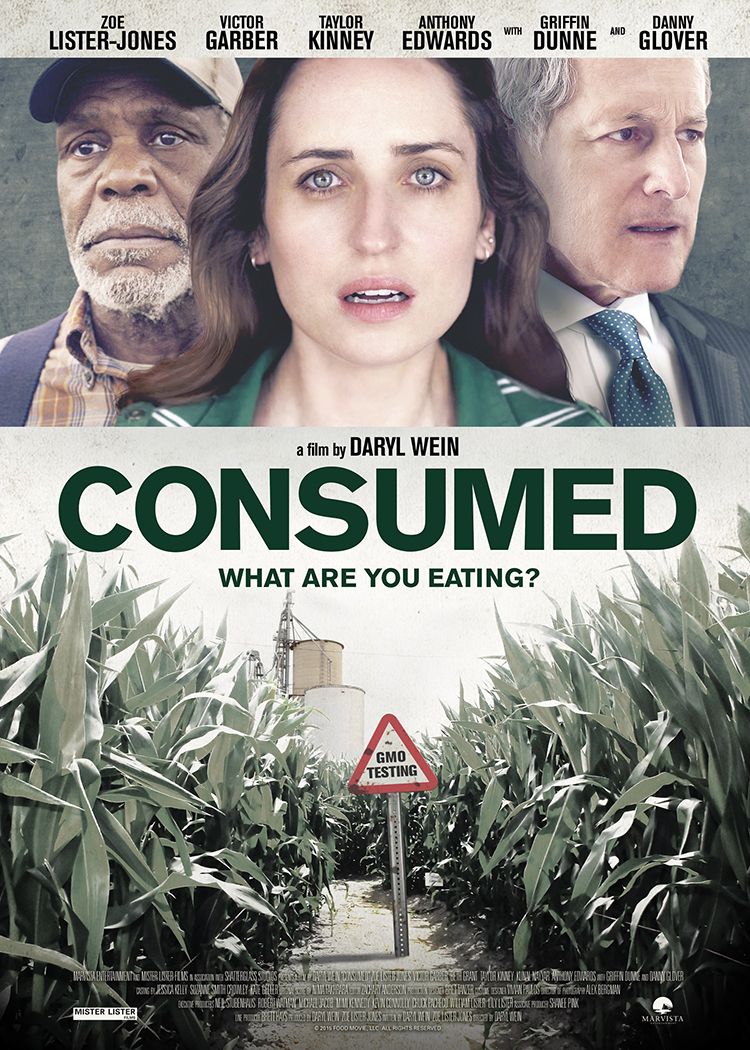 Consumed director Daryl Wein said the time was ripe for a narrative film about GMOs. “No one had made one,” he said. “We felt it was important to tell the story and open people’s eyes about GMOs. Seeing this issue in a movie is a little more digestible, no pun intended.”

Wein worked on the script with his wife, Lister-Jones, who is also the producer.

“At first, we didn’t know what the story would be, but as we dug deeper, we realized there were a few signposts we wanted to hit,” he said. “We wanted to look at characters in the real world, such as farmers, scientists, biotech companies and people eating processed foods.”

Famous actors play key roles in the film. Danny Glover is an organic farmer whose farm is threatened by a multi-national biotechnology company called Clonestra. Victor Garber is Clonestra’s CEO. Griffin Dunne is a whistle-blowing ex-scientist. Taylor Kinney is a Clonestra employee who befriends Sophie and begins to doubt the aims of his company.

Lister-Jones’s Sophie is the focus of the film. “We wanted the film to be anchored by a working class mother and son,” Wein said.

The film manages to cover many of the controversies surrounding GMOs including corporate greed and control over seeds, threats to organic farms, lack of transparency and intimidation of scientists who question the technology.

Wein says their goal was to entertain and inform. “We want to open people’s eyes to what is happening with GMO foods, spark a dialogue around our food and get people engaged in this issue,” she said.

Consumed is available on video on demand platforms, such as iTunes and Amazon, as well as through the film’s website.