Our Constitutional Right to Protest Is Under Assault 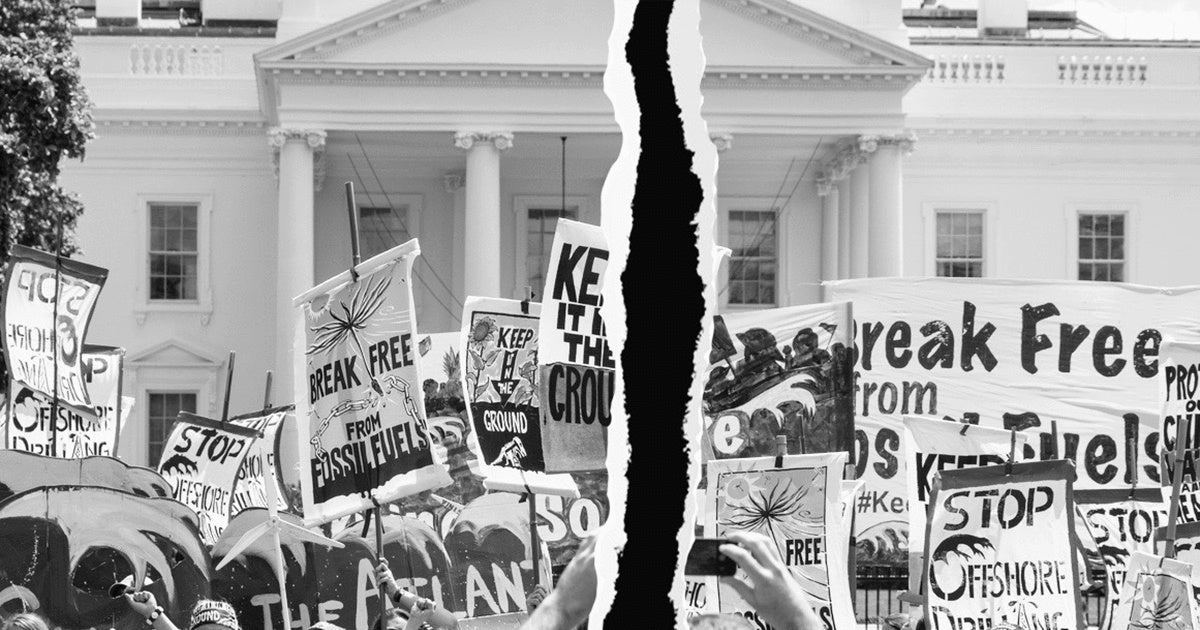 If you have to pay for free speech then it isn't free. Tim Aubry / Greenpeace

A new proposed rule from the National Park Service is aiming to restrict peaceful protest in parks and even sidewalks within the District of Columbia—just one effort on a long list of anti-protest laws popping up all around the country.

Our right to free speech and peaceful protest is so fundamental to our democracy that it’s one of the first points the authors of the Constitution felt must be guaranteed—centuries of state-sponsored oppression and persecution was bad enough to deem free speech a top priority for the new republic. Without this protection, think of the dozens of modern critical moments shaping our country that might not have happened otherwise—from the 1969 Moratorium to End the War in Vietnam, which bolstered the anti-war sentiment for many families, or the 1963 March on Washington for Jobs and Freedom, where Martin Luther King Jr gave his iconic “I have a dream speech.”

In moments like these, protests gave ordinary people like me and you a space and place to speak in the public interest, allowing us to practice of our First Amendment rights and hit an emotional cord, shaping the national discourse.

But now this freedom to express ourselves is under serious threat, thanks to Trump’s Interior Department. Under a new proposal introduced by Interior Secretary Ryan Zinke, the National Park Service is looking to dramatically limit the right to demonstrate near the White House and the National Mall, block 80% of the White House sidewalks, impose strict limits on spontaneous demonstrations, and even charge people for protesting. 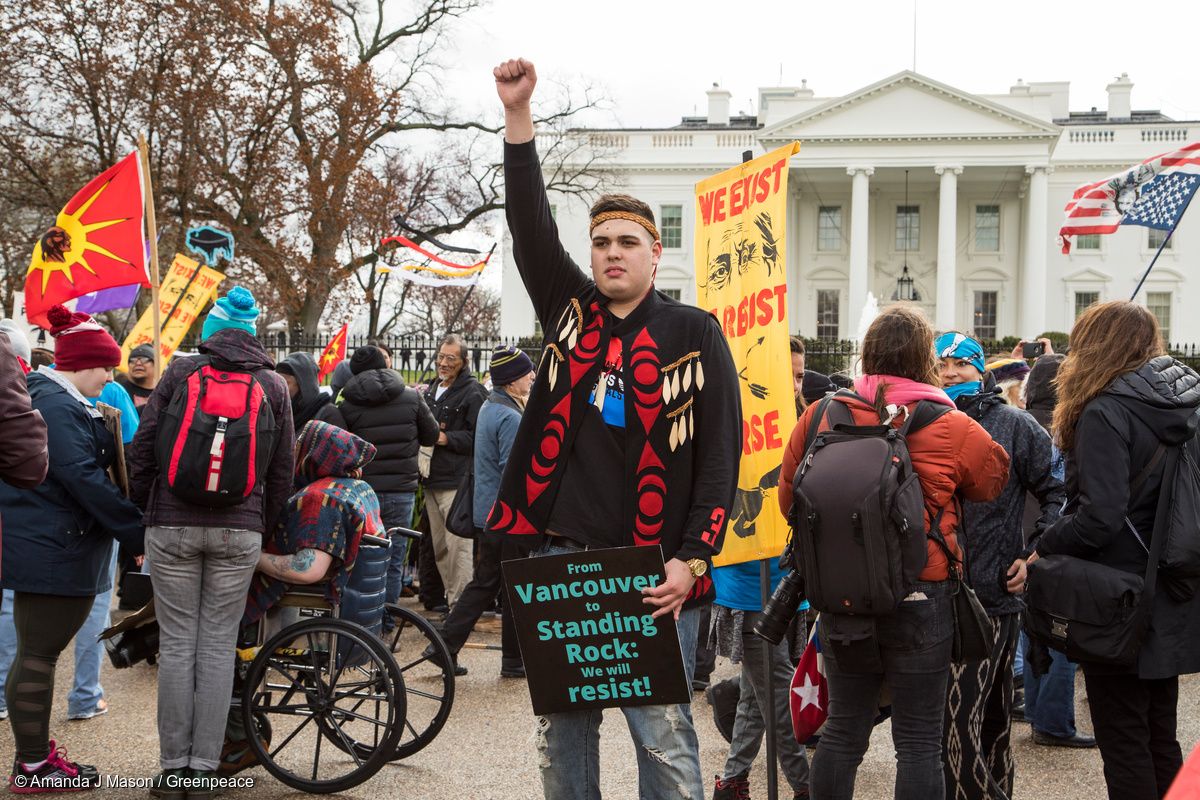 Above: Cedar George-Parker, 20, a youth activist from the Tulalip Indian Band and Tsleil-Waututh Nation in Coast Salish Territory seen here at the White House after marching through the streets of DC for Native Nations Rise. The Kinder Morgan pipeline – approved last year by Canadian Prime Minister Justin Trudeau despite widespread opposition from the impacted Indigenous communities – was meant to go directly through Cedar’s home territory.

If enacted, this proposal would erode Constitutional freedoms and protections that could render us gagged and unable to speak out. I suspect that like the fable of the frog in boiling water, this Administration is slowly turning up the heat while destroying our rights in the hopes we don’t notice until they’re effectively gone. While it’s infuriating that we have to protest to protect our right to protest, if we have learned nothing from this Administration’s endless attacks on our freedoms it’s that they have no intention of stopping—therefore we can’t either.

This is merely the latest in a string of efforts aimed at silencing dissent, from the oil and gas industry attempting to influence protest laws, to state legislatures enhancing criminal penalties against demonstrators. Following the resistance at Standing Rock against the Dakota Access Pipeline in 2016, strategic lawsuits against public participation (otherwise known as SLAPP suits) were filed by multinational corporations against environmental and civil rights advocates active at the protest, and anti-protest laws have been proposed and enacted in legislatures across the country.

A series of over 60 bills have been introduced since the end of 2016 seeking to restrict the right to protest and enhancing existing criminal penalties—like a bill introduced in the Pennsylvania Senate that could make pipeline protests a 2nd-degree felony—that’s the same level of offense for sexual assault or aggravated assault with a deadly weapon. Another anti-protest law that went into effect in Louisiana this August has already been used to arrest more than a dozen protesters opposing Energy Transfer’s Bayou Bridge pipeline in Louisiana.

And let’s be clear here—restricting the right to protest will always disproportionately impact underserved and marginalized communities, those who do not see themselves represented, those who are compelled to the forefront of movements in demand justice and a fair and equal society for all. For underserved communities who cannot afford to pay to demonstrate, who cannot afford to now pay to speak, these regulations will further exacerbate the injustice our communities face. If you have to pay for free speech it’s not free. 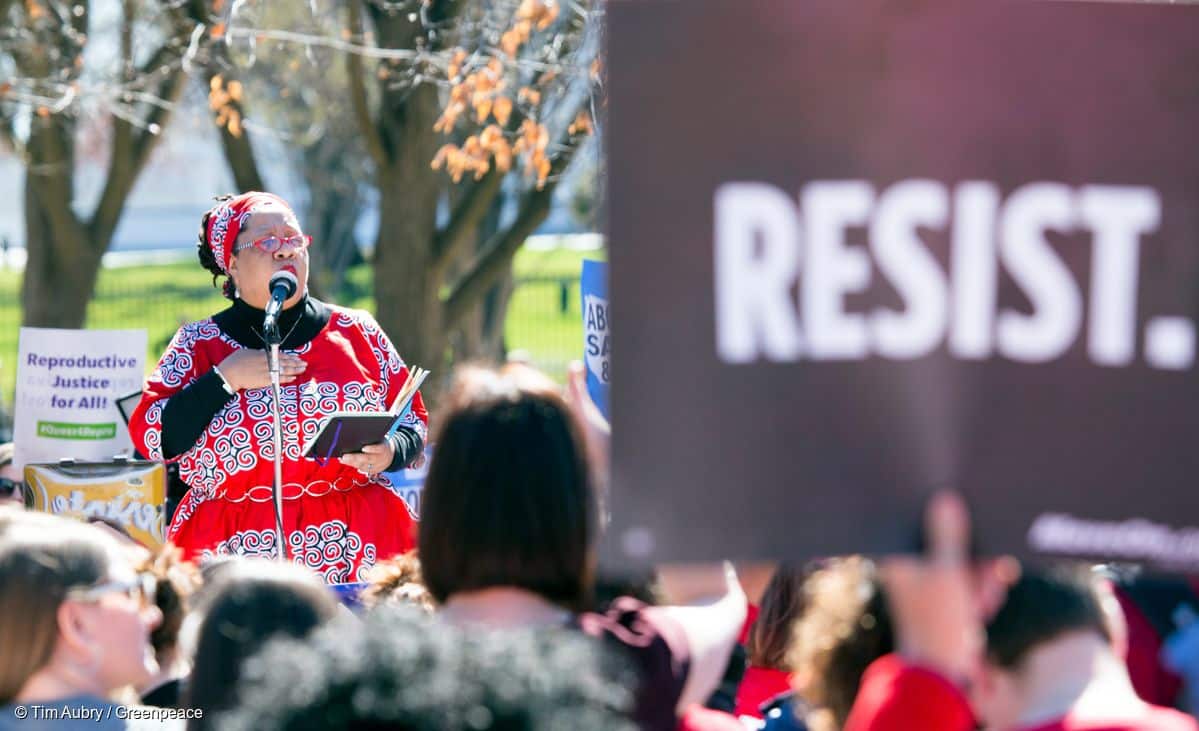 A rally was held in Lafayette Park across the street from the White House as part of “A Day without a Woman” march on Washington. The march and rally were being held on International Women’s Day, March 8th, bringing together women and allies together for equity.

Case in point—the criminal charges levied against Ferguson activists and the Water Protectors from Standing Rock Sioux Tribe are just a few examples of how restricting speech can have profound and long-lasting impacts on those fighting for a fair and healthy democracy, while also intimidating others from participation. Targeted and sweeping arrests during a protest are one of the easiest ways to chill speech and deter individuals from organizing in their communities—which is perhaps the point this government is trying to make.

Everyone deserves an equal voice in a democracy, whether that’s the environmental movement or the Tea Party. Each attempt to erode our constitutional right to peacefully demonstrate is a huge red flag that our democracy is at serious risk—and if we don’t fight back now, we’ll end up boiled alive before we even realize it’s too late.

So ladies and gentlemen, please get out and vote on November 6th. While candidates and democracy itself are never perfect (and never will be), this is a moment to let your voices be heard, and vote those who intend to dismantle our rights out of power for good. The fate of our environment, democracy, and constitutional freedoms depend on it.