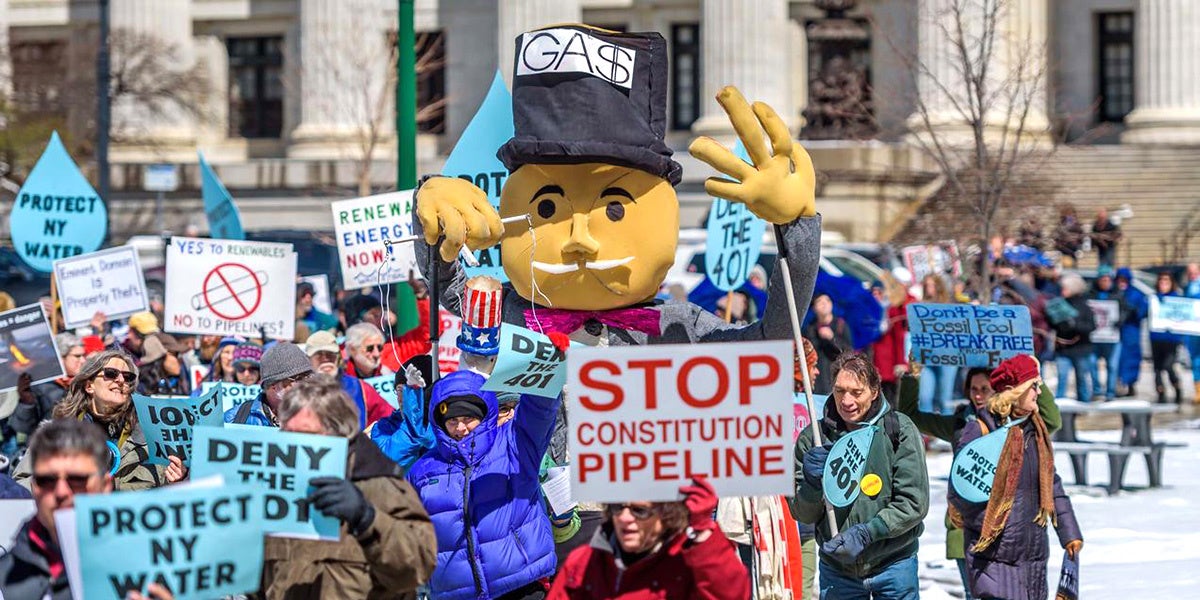 FERC had already approved the pipeline, but NYSDEC concluded that Constitution did not provide enough information to insure that the pipeline would comply with the Clean Water Act. The company appealed NYSDEC’s decision to the U.S. Court of Appeals 2nd Circuit, which upheld the state agency’s decision to deny the pipeline company’s application in August of 2017. Earthjustice intervened in that case to help defend New York’s decision on behalf of Catskill Mountainkeeper, Riverkeeper and Sierra Club.

In its decision Thursday FERC maintained the State’s decision and rejected Constitution’s attempts to shorten the time states have to consider natural gas pipeline applications for Clean Water Act permits.

“We are ecstatic that FERC rejected Constitution’s desperate attempt to undermine New York’s authority to safeguard the quality of the State’s waterways,” said Earthjustice attorney Moneen Nasmith, who represented intervenors helping to defend NYSDEC’s decision and a group of organizations that has opposed FERC’s approval of the project. “The Commission’s decision is great news for the broad coalition of groups and individuals that has been fighting to protect New York’s waters from this unnecessary fossil fuel project for years.”

Constitution will be able to appeal FERC’s decision or to go back to New York State and try to reapply with a different application.