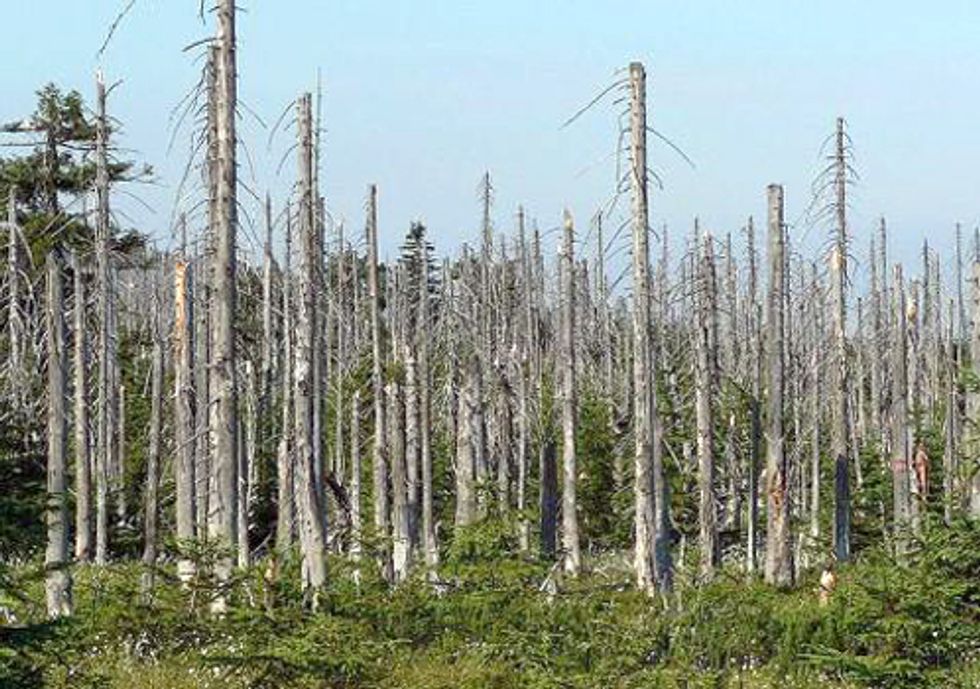 Three conservation organizations filed a legal challenge to the U.S. Environmental Protection Agency's (EPA) failure to update air-quality standards the agency itself admits are inadequate to protect the nation's parks, forests, rivers and lakes from acid rain. The petition for review was filed in the federal court of appeals for the District of Columbia Circuit by the Clean Air Council, Center for Biological Diversity and National Parks Conservation Association, represented by Earthjustice.

"Acid rain isn't a thing of the past, but an ongoing and very real threat to forest ecosystems and wild fisheries across the country," said Kevin Bundy, a senior attorney with the Center for Biological Diversity. "EPA is ignoring the hard work of its own scientific experts and instead relying on outdated air-quality standards that it knows are not protective enough."

"Instead of following the law and doing what is necessary to protect our natural resources, EPA has chosen to sit on the sidelines. Meanwhile, acid rain continues to poison our waters and threaten our forests," said Joe Minott of the Clean Air Council.

"Our national parks are unique and fragile places that were set aside to preserve the natural heritage of our nation," said Mark Wenzler, vice president for Clean Air and Climate Programs at the National Parks Conservation Association. "The EPA's failure to protect national parks from acid rain risks leaving wildlife and ecosystems permanently impaired."

"EPA's scientists identified the problem and provided a formula for action, but EPA dropped the ball," said Charles McPhedran, attorney with Earthjustice, which is representing the three groups. "EPA's inaction hurts our streams, and will not stand."

Power plants and other industrial operations pump pollution, including sulfur and nitrogen compounds, into the air. When this pollution later falls onto forests, rivers and lakes, it has an acidifying effect, hence the term "acid rain." Acidic waters harm fish and other aquatic organisms. In the Adirondack Mountains, for example, lakes with more acidic water support only half the species of fish that might otherwise live there. Reduced growth rates in trout and salmon also have been attributed to acid stress.

Acid rain threatens entire forest ecosystems, national parks and wilderness areas. Although places across the country are at risk from this pollution, the eastern U.S.—including the Adirondacks, the Green and White mountains, and the Appalachians—and the upper Midwest are among the most sensitive areas.

Today's action has a long history. The Clean Air Act requires the EPA to set so-called "secondary" air-quality standards limiting ambient concentrations of air pollutants that affect "public welfare," which includes ecosystems and natural resources. The Center and other groups sued the agency in 2005 over its failure to review the secondary standard for acid rain-causing sulfur and nitrogen compounds—a standard first established in 1971 and not strengthened since. That litigation led to the EPA's current review of the standard, in which the agency admitted that existing standards are inadequate to protect sensitive ecosystems and fish species from the effects of acid rain. Yet the EPA chose to leave these inadequate standards in place, rejecting efforts by the agency's own scientific experts to devise a new, more protective standard.