Conservation Groups Say No to Tar Sands Mine Expansion 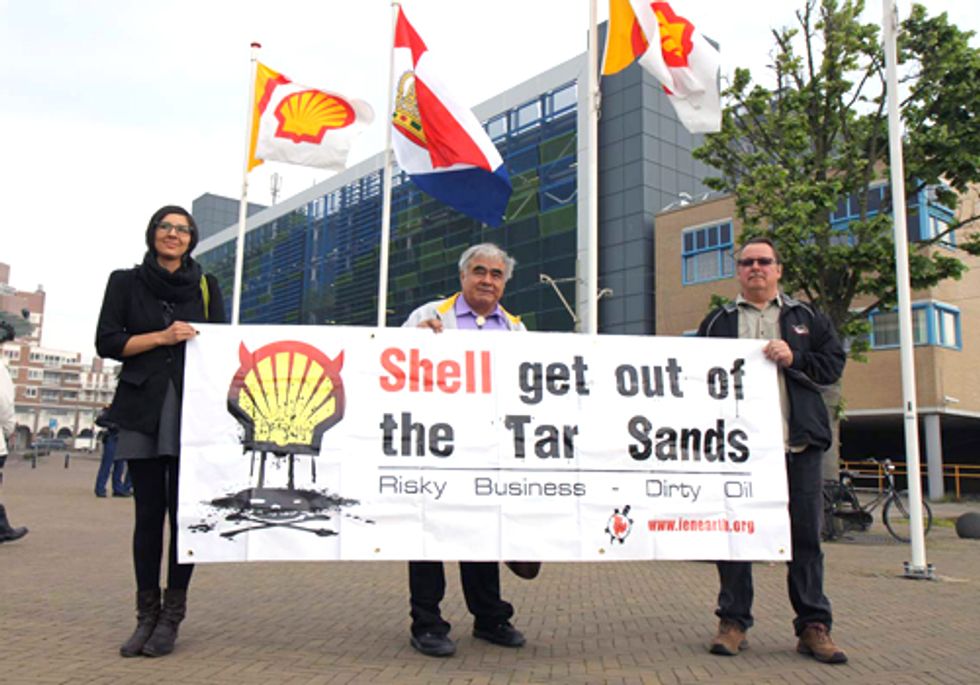 Conservation groups from Canada and the U.S., represented by Earthjustice and Ecojustice, have submitted a letter to the Canadian Environmental Assessment Agency asking its Joint Review Panel to decide that Shell Canada's proposed Jackpine Mine Expansion project in Alberta, Canada should not proceed as it will cause significant adverse effects and will not be in the public interest. The agency will hold its hearing on Oct. 29.   The letter describes how tar sands operations are harming at least 130 migratory bird species, including endangered whooping cranes, as well as threatened woodland caribou herds. The letter also highlights shocking data from a recent report, produced by Shell, which determined there will be severe impacts on wildlife habitat if tar sands operations expand as planned in the region.

“It's critical that the Canadian government consider that Shell itself recently concluded that if the Shell Jackpine Mine Expansion project and other proposed projects are approved, woodland caribou would lose a staggering 47 percent of their high quality habitat, as compared to pre-industrial conditions," said Sarah Burt, an attorney at Earthjustice. “Such negative impacts greatly undermine international protections and conservation efforts."

The Shell report also identified at least two bird species protected under the Migratory Bird Convention that would be severely affected: horned grebes would lose 26 percent of their high quality habitat as compared to pre-industrial conditions, while olive-sided flycatchers would lose 13 percent.

“We know that tar sands mining permanently damages the environment and destroys forests and wetlands with vast infrastructure, open pit mines, and toxic wastewater ponds up to three miles wide." said James Murphy, senior counsel at National Wildlife Federation. “Waterbirds mistake those tailings ponds for natural ponds. They land in the contaminated water and get coated in oil and other toxins. They often drown, die from hypothermia, or suffer from ingestion of toxins."

“We are facing the extinction of most of Alberta's woodland caribou herds and the loss of millions of migratory birds in the tar sands region in the next few decades," said Susan Casey-Lefkowitz, director of the International Program at Natural Resources Defense Council. “Whooping cranes are particularly vulnerable to the risk of landing in a tailings pond. The Shell mine is in the migratory flight path of the entire global population of wild, migratory whooping cranes—only 400 are left. Expanding tar sands mining in the region increases risks for this remarkable endangered species."

“Tar sands are a massive source of greenhouse gas pollution that will increase wildfires, droughts, and vegetation shifts in Alberta's boreal forests and contribute to rising seas and severe storms in the U.S.," said Devorah Ancel, attorney at the Sierra Club. "Mining tar sands in Canada also has significant downstream impacts, including risks of catastrophic spills and air quality degradation because tar sands are transported to the U.S. for refining. The Canadian government must take action to prevent mining from expanding as proposed."

The letter marks the one year anniversary of the submission of a similar petition to the Secretary of the Interior of the U.S. calling for the certification of Canada regarding Canada's failure to prevent takings of woodland caribou and migratory birds, including whooping cranes, which result from large-scale tar sands development in Alberta.   The U.S. Fish and Wildlife Service forwarded the petition to the Canadian government but has not received a response. U.S. officials state they cannot move forward on the petition without a response from Canada. The coalition is now addressing these issues directly with the Canadian government by issuing this letter.