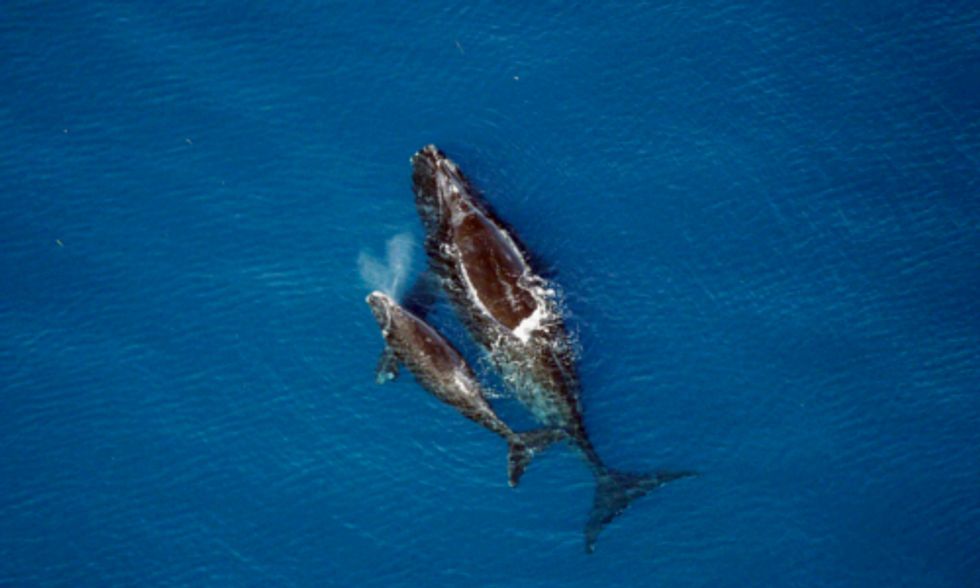 This morning, together with our colleagues at National Wildlife Federation and Conservation Law Foundation, Natural Resources Defense Council announced an agreement with Deepwater Wind, a major offshore wind developer, to safeguard North Atlantic right whales during the initial phases of development off southern New England. The agreement provides more protection than the administration has required thus far, and right whales are very much in need of protection.

Right whales got their name because they were deemed the “right whale” to hunt, and they were driven to near-extinction by whaling. It’s been almost eighty years since they were legally killed, but they remain critically endangered in the Atlantic. They haven’t recovered because of a number of other threats they face.

For one, right whales whales are highly vulnerable to collision with ships, as they often feed on copepods just below the water’s surface, where they can be struck but not seen. They also have a terrible history of entanglement in fishing gear. Underwater noise from shipping and industrial activity is a serious threat: it disrupts their behavior and is destroying their ability to communicate. And pollution is degrading their habitat.

So it’s clear that we have to do more to protect right whales—to preserve them from extinction and give them a chance to recover.

The wind development areas off Rhode Island and Massachusetts are right whale habitat. Some whales migrate through these waters en route to their winter calving grounds off Florida, Georgia and South Carolina; and, while they primarily forage further north in the Gulf of Maine, they’re known to feed down below Cape Cod as well, particularly in late winter and early spring. Indeed, the largest right whale feeding aggregations ever seen have occurred in Rhode Island Sound—more than 100 animals, which is remarkable for this species.

In entering today’s agreement, we intend to protect right whales during the initial phases of wind farm development: during pile driving, which may be needed to install meteorological towers, and during sub-bottom profiling, a process that uses loud sound to survey areas just below the seafloor. Without effective mitigation, these activities could injure the whales through vessel collisions or noise exposure, or disrupt their migration or feeding.

At the heart of the agreement is a traffic-light system of red, yellow and green periods. Pile-driving and sub-bottom profiling are prohibited during the red period, when right whales are most likely to be in the area; and additional mitigation applies during the yellow months, when right whales are less likely to occur. Additionally, some measures would run throughout the year, when the light is green but right whale occurrence remains a possibility. The agreement includes:

Today’s agreement will help conserve one of the most endangered marine mammal species off our shores.