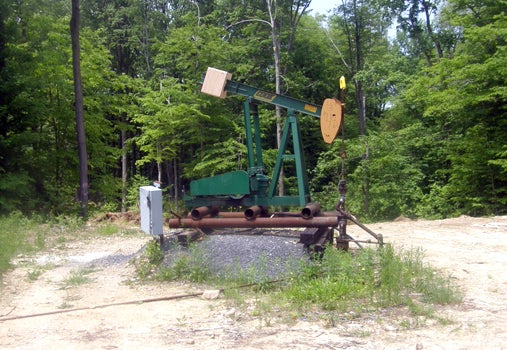 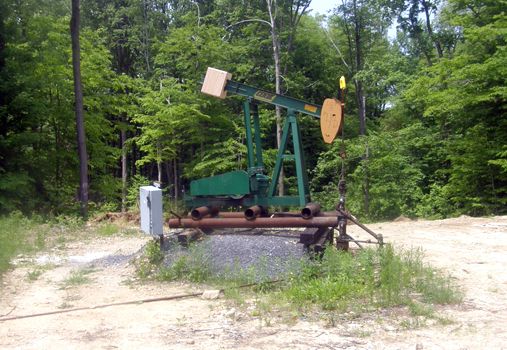 According to the Forest Service there are more than 11,000 stripper wells throughout the Allegheny National Forest. Photo by Stefanie Penn Spear

The Allegheny Defense Project and Sierra Club have filed a notice that they are appealing a lower court decision regarding oil and gas drilling in the Allegheny National Forest to the Third U.S. Circuit Court of Appeals.

In September, U.S. District Judge Sean McLaughlin sided with the oil and gas industry in holding that the U.S. Forest Service has limited authority to regulate oil and gas drilling in the Allegheny National Forest because 93 percent of the mineral rights are privately owned. The groups argue the decision is flawed because it ignores the history of how the Allegheny National Forest was created and will lead to further degradation of Pennsylvania’s only national forest, particularly in light of the unfolding Marcellus Shale gas boom.

The argument centers on a century-old federal law, the Weeks Act, which granted the federal government authority to purchase private lands for the creation of national forests in the eastern U.S. The Weeks Act was passed at a time when many eastern and southern forests were burning because of widespread, unregulated clearcut logging. This logging also resulted in extensive flooding throughout the eastern U.S. during this era. As a result, Congress passed the Weeks Act in an effort to bring federal regulation to these forest areas.

“National forests in the eastern United States were created in response to private industry’s widespread degradation of forested watersheds,” said Ryan Talbott, executive director for the Allegheny Defense Project. “By restricting the Forest Service’s authority to regulate to protect the Allegheny National Forest from the impacts of oil and gas development, the court is ignoring the very purpose for which the Allegheny was created in the first place–to conserve and protect the watersheds in the upper Allegheny River watershed.”

The groups point to a recent dispute involving the Allegheny National Forest as evidence of why the Forest Service must have authority to regulate drilling in the national forest. Last year, the New York Department of Environmental Conservation filed a complaint against U.S. Energy claiming that the company’s oil and gas operations in Pennsylvania’s Allegheny National Forest were causing erosion and sedimentation pollution problems in New York. The groups say that this is precisely the situation that the Weeks Act was intended to prevent.

“Obviously, the Pennsylvania Department of Environmental Protection is not doing an adequate job of regulating oil and gas drilling if New York has to take legal action to protect its water from the impacts of oil and gas companies operating across the border in Pennsylvania,” said Thomas Au, conservation chair for the Pennsylvania Sierra Club. “Congress passed the Weeks Act because states failed to protect the environment. Unfortunately, a century later, the courts are hampering the Federal government’s ability to protect these areas and neighboring states are once again being harmed by industrial operations occurring outside their borders. This is not what Congress intended.”

“Under the court’s ruling, if Marcellus Shale gas drilling operations are degrading water quality or wildlife habitat, the Forest Service and the public are essentially powerless to do anything about it,” said Cathy Pedler, Forest Watch coordinator for the Allegheny Defense Project. “The Allegheny National Forest is more than an oil and gas field but the court’s decision elevates oil and gas drilling above all other uses of the forest and prohibits citizens from having any say in how the drilling occurs. There can be reasonable regulation of oil and gas drilling while respecting the rights of private mineral owners. That should be how our national forests are managed.”