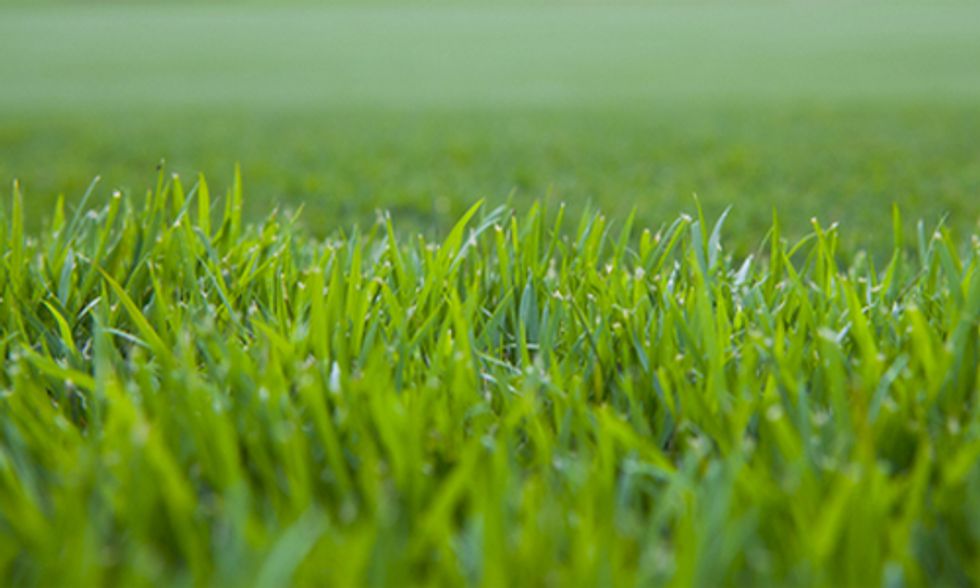 Connecticut State Senate bill no. 443, an act that bans the sale of genetically engineered (GE) grass seeds, passed the state Senate on Wednesday by a vote of 25-11. The bill shows Connecticut legislators are taking seriously the risks that increased pesticide use in residential areas pose to the health of the states residents, especially children and pets.

In 2011 the USDA issued a decision stating that it does not consider genetically engineered turf grass to be subject to federal regulations.
Photo courtesy of Shutterstock

The bill will ban the sale, use and marketing of lawn or turf seeds that are genetically engineered to be resistant to pesticides. The GE grass seed that is being developed by Monsanto and Scotts is currently not available in consumer markets and is being tested by Scotts employees in their front yards. The bill may face stronger challenges from Connecticut’s House as it is unclear if the House speaker, J. Brendan Sharkey (D-Hamden) will call for a vote on the bill before the session ends May 7.

One of the major concerns the bill addresses is that allowing GE grass seeds for consumer use would lead to dramatic increases in residential pesticide use.

“So you will spread this pesticide all across your lawn, back and forth, on your lawn,” said Sen. Edward Meyer (D-Guilford) as quoted in a The Day article. ”The more you pour it onto the land, the more it is going to affect the water supply, the Long Island Sound and our well water.”

Increasing use of glyphosate in herbicide-tolerant crops has also led to increased herbicide resistance. A study published by Washington State University’s research professor Charles Benbrook, PhD, found that the use of herbicides in the production of three GE crops—cotton, soybeans and corn—had increased. Heavy reliance on the herbicide Roundup, whose active ingredient is glyphosate, has placed weed populations under progressively intense and unprecedented selection pressure, triggering a perfect storm for the emergence of glyphosate-resistant weeds.

“Resistant weeds have become a major problem for many farmers reliant on GE crops, and are now driving up the volume of herbicide needed each year by about 25 percent,” said Dr. Benbrook.

“Blanketing lawns, parks and athletic fields in these dangerous chemicals will endanger the children and pets that play on them, while eventually risking the development of weeds that are resistant to current herbicides and pesticides, requiring even more toxic substances be used,” said Sen. Meyer, quoted by the Connecticut Mirror.

Aside from the likely increase in residential herbicide applications as a result of home plantings, allowance of the GE bluegrass presents the potential for increased difficulties for organic farmers and ranchers. Because of the popularity of the grass in yards, pastures,and prairies, its use is expected to be quite widespread. This will make conversion of new land to organic food production more difficult as, according to Animal and Plant Health Inspection Service’s (APHIS) fact sheet on the decision, “Once established, GE Kentucky bluegrass may prevent transition to organic status unless eradicated from the acreage to be transitioned.”

GE grass seed was deregulated by the U.S. Department of Agriculture (USDA) in 2011. The agency issued a decision stating that it does not consider genetically engineered turf grass to be subject to federal regulations. In the decision announced by the USDA’s APHIS, the agency stated that it does not have the authority to regulate introduction or transportation of the GE grass seed under the provisions of the Plant Protection Act.

While the original bill included a provision that would ban the use of toxic pesticides on high school grounds and parks, playgrounds and playing fields, the final bill was amended to only include the ban on GE grass. Thus, SB 68 has been amended to include this original language. Beyond Pesticides has worked to gain support for these important protections, and we strongly encourage concerned Connecticut residents to visit the ConnFACT’s action alert page on this issue, where you can find out how to contact key members of the legislature and voice support.